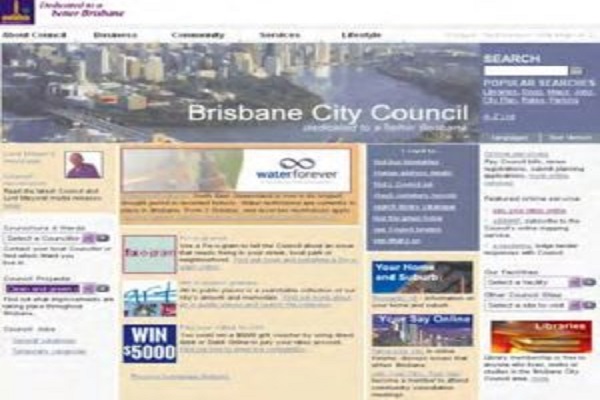 [This article was published in the December 2005 issue of the eGov Magazine (http://www.egovonline.net) ]

The Tunis phase of World Summit of Information Society (WSIS), which took place from   17th to 19th November 2005 at the Tunis Kram Centre, saw eight plenary sessions, 308  parallel events organized by 264 organizations and 33 press conferen-ces attracting around 19,000 participants from all corners of the world. The crowd was an interesting mix of world leaders, high-level government, civil society representatives, media and private sector. There were national delegations from 174 States and participants from more than 800 entities including UN agencies, private sector companies and civil society organizations, the Summit was convened in Tunis to tackle the problem of the “digital divide” and harness the potential of information and communication technologies (ICTs) to drive economic and social development. The massive exhibi-tion was like one big fair, with country, civil society and corporate pavilions showcasing their respective work in ICTs.

Addressing delegates at the 8th and final Plenary session, Yoshio Utsumi, Secretary-General of the Summit, said  “Uniquely, WSIS was a Summit held in two phases. Through this approach, WSIS took place in one developed and one developing country. This helped ensure that the full range of issues of the Information Society were addressed, while highlighting the critical need to bridge the digital divide. The first phase of WSIS was held in Geneva in 2003.

The high point of WSIS was its enormity both in size and numbers. Not     only it gave a humongous opportunity to network, meet people and foster  new partnerships but also to learn about what others are doing. The only drawback was that much more was happening than anyone  possibly could attend and comprehend. But that was also perhaps its  beauty – huge showcase and gathering with enormous opportunities to learn.

Three key issues dominated the preparatory process leading to the Tunis Summit: Internet governance, financing strategies, and implementation mecha-nisms for the Action Plan developed by the first phase of WSIS in 2003, in Geneva.

Did anyone hear e-Governance?

Since ICT for poverty reduction and Internet governance were the key themes, e-Governance somewhat took a back seat. Though each country highlighted their e-Governance efforts in a big way in their own pavilions, only 10 percent of the total number of workshops reflected on e-Governance related issues. Few countries for example Tanzania, Austria, Italy, Egypt conducted their respective e-Governance workshops where they talked about their own e-Government projects and these workshops turned out to be very useful learning experience for others.

An important element of the Tunis output document is the creation of a new Internet Governance Forum (IGF), to be convened by the UN  Secretary-General, to foster and enable multi-stakeholder dialogue on public policy and development issues. The new Forum is expected to be established in the first half of 2006, with an inaugural meeting to be hosted in Athens at the invitation of the Government of Greece.

The WSIS outcome texts reaffirm the Geneva agreements that Information and Communication Technologies are a key tool in national development strategies. The document welcomes the creation of the Digital Solidarity Fund and also identifies areas where existing financing mechanisms could be improved.

In a wonderful ceremony at WSIS Tunis, the World Summit Awards (WSA) were presented to recognize the work of some of the best multimedia applications and projects that focus on narrowing the content gap. The awards were given in 8 categories of e-Government, e-Health, e-Learning, e-Entertainment, e-Culture, e-Science, e-Business and e-Inclusion. It is a global contest, which was started in the framework of and in cooperation with the United Nations World Summit on the Information Society (WSIS). A strong international jury of 35 experts evaluated 750 projects out of 168 countries.

Under the category of e-Government, the 5 winners are as follows.

The purpose of the project was to provide visitors to the Brisbane City Council’s corporate website, www.brisbane.qld. gov.au with a 3D interactive house, viewable over the Internet, in which participants can interact with objects to explore practical building tips and energy efficiency. It showcases one of the first uses of Shockwave 3D technology on any local government website in the world. It demonstrates best practice and innovation in e-Content to strengthen participation of local citizens in smart decision-making.

The primary function of Bahrain eVisas is to provide an online application service for payment for and processing of visas for travel to Bahrain (www.evisa.gov.bh). The application uses connectivity to the GDNPR systems and databases to automate the processes as much as possible within policy and security constraints. Many groups of people benefit from the service: individuals who intend to visit the country, residents of Bahrain who are looking for multiple re-entry visas, and companies in Bahrain who want to interview an applicant from abroad. The system can also save biodata electronically; thereby reducing the data capture process at check-in. The service provided in this portal demonstrates the strategic vision of the government of Bahrain to promote tourism, by making all pre-application processes for visas as easy as a click away.

Vancouver.ca is a comprehensive website produced by the city of Vancouver, which promotes content designed to inform, educate and engage its citizens in local issues. While the website does provide convenient online services, such as the ability to purchase business licences through the Internet, the city’s priority has been to develop a website that contains a wide range of detailed content. The purpose is to promote awareness for and access to keep citizens informed and engaged in debates on issues that impact their day-to-day lives. The website is not only very user-friendly and well organised keeping in view the residents in mind but also engages citizens on the issues, debates and projects that affect the community.

In collaboration with the Municipality of Eindhoven and Omroep Eindhoven, Noterik developed the Municipality Meeting Online (BestuurOnline) application. Council meetings are transmitted live over the Internet, with unique rich media features, providing citizens and journalists with new ways to interact with local politicians. In addition, webcasts are enriched with metadata, enabling advanced retrieval of recorded council videos, using the system’s search engine. The project is to date the most advanced online video application for council meetings in the Netherlands. It demonstrates the potential of new technology in providing transparency of governance. It also ensures that disadvantaged people are not left behind and thereby avoids new forms of exclusion.

Direct.gov.uk puts users straight through to public services without them having to understand government. People who prefer not to use the Internet can get to Directgov through Digital Interactive Television (DiTV) or 6000 public kiosks. The application uses freshly written content to form a complete, coherent picture of the central government services. It aims to make all service-delivery easier, quicker and cheaper for users, to drive the take-up of the government’s online transactions, to proactively present users with other relevant services and to help de-duplicate and rationalize the government’s web provision. It is a good effort to bring e-Government services into a single portal with full interactivity for citizens.