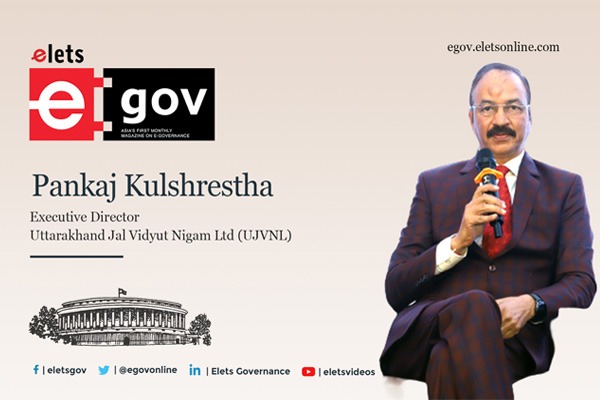 Uttarakhand, a hilly state, is generating green energy in terms of hydro. It creates a lot of methane, (i.e) GHG gas, which is true to some extent, but if the reservoir is not big, then the vegetation that is getting submerged is lesser, and the GHG emissions are not that high.

He stated, “In Uttarakhand Jal Vidyut Nigam (UJVN) Limited, we own about 1420 odd megawatts of installed capacity across Uttarakhand. We have other CPSUs over there like NHPC, THDC, and the private operators also who have around 4000-megawatt total capacity.

It has been a dampener after the Kedarnath Deluge in 2013. The growth has not been to the extent which was there prior to the deluge. Most environmentalists have come to the forefront and there have been petitions in the Supreme Court and at various levels which have been languishing the growth.

He further averred that the demand for clearing Bhagirathi and Alaknanda basins has been made by the Chief Minister to the Prime Minister recently, as the Ganga forms after Devprayag.

“We are planning to have a clear roadmap of having hydro in a big way not only for UJVNL state undertaking but all the other CPSUs combined with the IPPS. There are going to be some policy changes also which have been recommended to the government of India ”, he further added while speaking at the summit.

There are great opportunities for the growth of energy in our state. Earlier the small hydro projects, as well as the medium hydro budgets, were allocated to different private partners for the execution of the same but due to some problem or the other they could not take off. So, the government is planning to come out with a one-time MNST scheme.

So, if due to some reason the project could not take off then they were also not allowed to sell it off to somebody else. So, This proposal is under the government’s consideration, and if the independent developer to whom the project has been allocated wants to sell it to somebody else or transfer the equal to somebody, that could be possible. At that time, the MNST scheme said that one can change the Commercial Operation Date (Cod) for one time so the penalty would not be there.

“There are developers who intend to increase the capacity of the project once it was allocated at a particular megawatt. They want to increase the capacity so that there are almost 65 lakh rupees per megawatt charges which need to be reduced to one lakh per megawatt. These are the benefits that our government is considering providing to the developers and coming out with a separate hydro policy so that more people can pitch in from the private departments and contribute to increasing the energy as far as the hydro potential is concerned which is almost of the order of 20,000 megawatts in the state of Uttarakhand which can be taken up”, he averred.

He noted, “We have successfully executed a few projects and are currently working on two-three projects where the contracts have already been awarded and there has been a remarkable improvement in the generation through this area.”

He further stated that there are a lot of opportunities for the private players as well as the government companies to come and share with them the different trends and activities in this area.