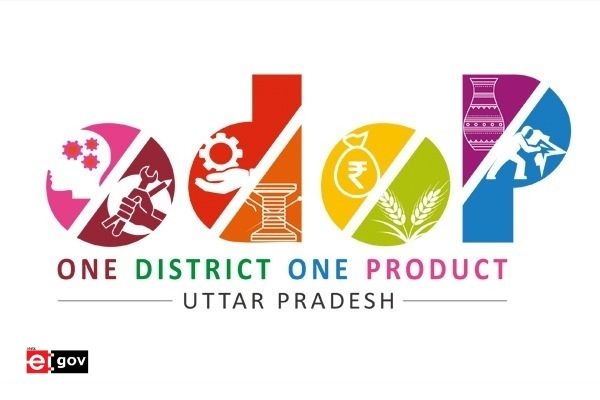 The fragrance of Uttar Pradesh will now make a global presence. Taking the state’s traditional fragrance industry a notch higher to create a global presence, new traditional fragrances were launched as a part of the One District One Product (ODOP) project this Independence Day in Lucknow. The perfume of 75 fragrances- Meri Mitti 75, along with other products, were launched as part of Azadi ka Amrit Mahotsav celebrations.

It may be recalled that under the ODOP scheme, Chief Minister Yogi Adityanath aims at making traditional products of UP a brand. Coming from Kannauj, the perfume capital of India, the rare fragrances are the ODOP of the district. On Monday, seven businessmen of Kannauj launched various new perfume products, including incense sticks, scented tri-colour terrazzo, and candles, among others at Lok Bhawan, in the presence of Additional Chief Secretary, MSME, Navneet Sehgal.

‘Meri Mitti-75’ perfume has been developed using 75 kg of clay from various parts of Kannauj. Water distillation technology has been used in its preparation. It is prepared with the help of base oil by collecting the sweet aroma that comes from the soil after the first rain. Besides, 75 herbs have also been used to prepare the perfume.

Atar Ganga perfume is prepared from flowers growing on both the banks of the River Ganges flowing in Kannauj. Rose, Bela, Mehndi, and Marigold flowers have been used in making this perfume. Hind Shamama perfume is prepared from 35 herbs from different states of the country. Known to boost immunity, this perfume is edible and can be used on the body as well. Vande Mataram Motiya Divine Fragrance is naturally made from Bela flower and can be used for religious purposes. It contains 100 per cent natural essence of ‘Champa’ and Jasmine flowers.

UD-75 Deodorant spray has been launched as a totally natural spray free from chemicals, unlike other deodorants. It has been prepared from the soil of Kannauj through the ancient traditional method. Scented Tri Color Terrazzo is a tricoloured stone made using the natural perfume of Kannauj. In this terrazzo, focus was on old things so that they can be recycled and used again. Coasters, candles, sinks, soaps, coffee tables, table tops, etc. are being made by this method. Indian and Western techniques have been used in making it.

Tiranga Attar is prepared with the fragrance of rose, earthy and Bela. It is based on the tricolour of the Indian Flag. Kranti Gulab, based on saffron colour, is made from rose and sandalwood. Mati-e-Watan is made from the potter’s clay from Kannauj. At the same time, Swatantraya Bela has been prepared from the flowers of Bela.

Tricolor has been used to make incense sticks prepared from natural fragrance. Made from 75 types of fragrance, it will spread its fragrance all over the country. In this, three fragrances have also been used along with tricolour.

Azadi-75 is made of flowers from Kashmir to Kanyakumari. In total, the natural fragrance of 75 flowers have been blended in making this perfume. This was specially prepared on the occasion of 75 years of Indian independence.