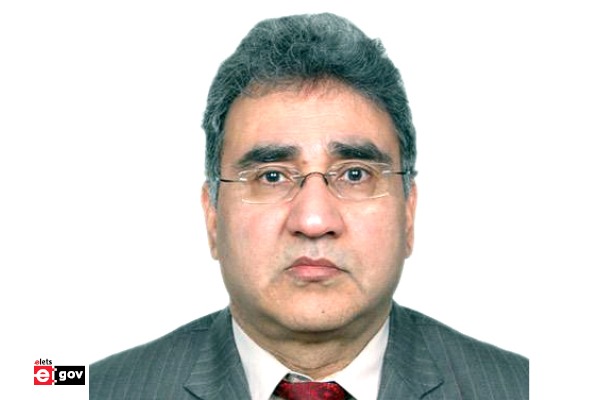 After completing BTech in Electronics from Punjab Engineering College, Chandigarh, Janjua worked for one year at SCL (semi-conductor complex), Mohali, then a Government of India enterprise, designing computer chips for space agencies. He also worked as an ITS (Indian Telecommunication Service) engineer with Govt. of India for two and a half years. He was selected for the IRS (Income Tax) in 1988 and later as IAS in 1989 with All India 12th Rank and was allotted Punjab cadre. During service, he obtained LLB degree from Panjab University and MBA degree with specialisation in Finance from IGNOU, New Delhi. Further, Janjua did MA in International Development Policies from Duke University, USA.

Janjua worked in various departments of Punjab including Rural Development, Industries, Labour, Animal Husbandry etc. He also served as Director Industries for three years in the Department of Industrial Policy and Promotion. During his tenure as Deputy Commissioner of Fatehgarh Sahib district, Janjua developed PRISM software with the help of NIC and introduced computerised registration of properties for the first time in Punjab.

He was also instrumental in carrying out several reforms in labour laws for improving the ease of doing business in Punjab, besides improving the investment climate in the state. Likewise, he also initiated several path-breaking initiatives in the Revenue department as Financial Commissioner Revenue. About 2.2 crore Khasra Girdawari entries were digitised within a span of about 15 days in the Revenue department under his stewardship.