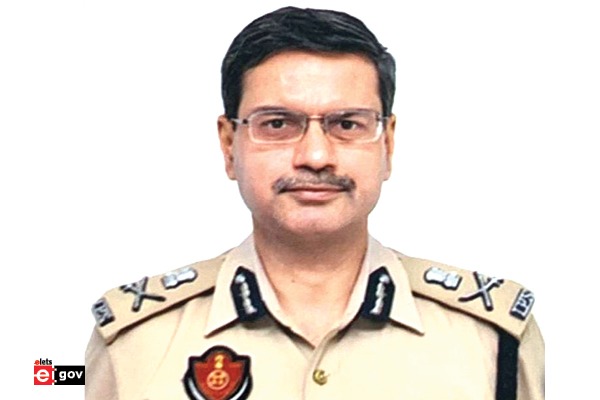 1992 Punjab batch IPS officer Gaurav Yadav on Tuesday assumed the additional charge of Director General of Police, Punjab. As per the orders issued by the state government, Yadav would also continue to hold the charge of the Special DGP Administration, Punjab.

After assuming charge, the newly appointed DGP Punjab held a meeting with the top brass of the Punjab police and assured them that he will continue to work for the further betterment of the state police.

The DGP, while briefing officers, said that the topmost priority of the Punjab government, as directed by Chief Minister Bhagwant Mann, is to further strengthen the fight against drugs to make Punjab a drug-free state besides eliminating gangster culture, maintaining law and order, and detection of crime.

He stressed on the need to revive basic policing, which includes keeping vigil in vulnerable spots and always being ready to handle any kind of anticipated law and order situation, monitoring crime data, inspections of police stations, looking after the welfare of police personnel, etc. DGP Gaurav Yadav also directed all the CPs/SSPs to increase police checkpoints in their respective jurisdictions and ensure the frisking of maximum vehicles at every checkpoint, which will help in curtailing criminal activities. He advised that all the nakas should be synchronised in a manner that they must get activated promptly on a single call. He also directed them to ramp up the drug recoveries.

Yadav emphasised on the need for capacity building of the police stations by upgrading them and making them citizen-friendly besides acquiring new patrolling vehicles and Hi-tech equipment for modernisation.

While soliciting the support and cooperation of the public, the DGP reassured the commitment of Chief Minister Bhagwant Mann-led Punjab government to eradicate drug menace and gangsters from the state and push towards peace and harmony. Pertinently, awarded with the President’s Police Medal for Distinguished Service and Police Medal for Meritorious Service, DGP Gaurav Yadav has served the distinction in various challenging capacities in the state.