Bansal, while speaking on the adoption of emerging technologies in the state, said, “In Haryana, we are primitively introducing Artificial Intelligence (AI). Recently, we have tried two projects of AI in the health and finance sectors. In the health sector, we are doing the predictive analysis of the consumption of drugs so that the state is able to save a considerable amount by reducing the order limit to the condition. Also, it will help the state government to point out the medicines being consumed in a particular area and analyse the trends. In finance, we have been able to realise and give a predictive analysis about the expenditure and revenue so the government is able to save on interest being incurred by debt from open markets.” 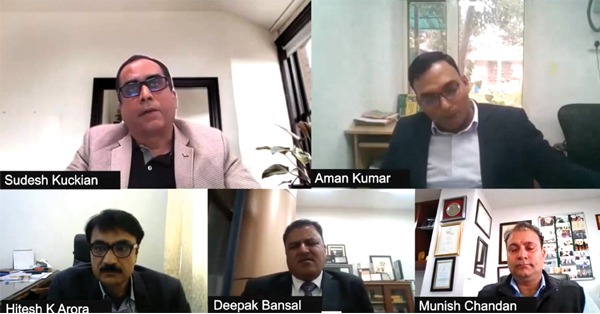 Presently, the government is also working on two more projects. One of those is to leverage AI to screen CT scans of a patient’s brain that could predict if he is likely to develop a brain tumour or not. Similarly, AI is also being implemented in screening ultrasound of pregnant women to find out the health of the child during the time of delivery.

On cloud computing, he said, “Cloud computing turned out to be a saviour for us during the COVID times. There were no infrastructure requirements that could be availed from the market, thus, we have to rely on resources there in the state government. Nearly 90 per cent of the activities were done while working from home. Therefore, we have to switch the infra from one app to another based on the need. It is surprising to know that during COVID there were around 38 apps created for managing the pandemic only. Through these, we issued industrial passes, passes for commuting, etc. to help people. Apart from this, we received distress calls from people who needed food and ration supplies. To ensure that the actual needy is being served, we analysed the data and checked whether the complainant is getting any help from any other sources as well. On the basis of this, we sorted the data and found that the people in distress who need our help were only three lakh which was much lower than 17 lakh people presented in the data from the calls. Hence, we were able to provide help to the right beneficiary at the right time.

He also shared his views on the centralisation of data. He said, “Earlier, the data from various government apps was residing in the districts where the apps were being used. But, presently, 99 per cent of the applications have been moved to web server architecture and the state data centre. The data centre has a robust security mechanism that helps the manager of the data to restrain from any security threat because the security aspect is already taken care of. In addition, we are regularly conducting workshops for the users to help them understand how to keep their systems safe. Also, we sanitise the system on a regular basis.