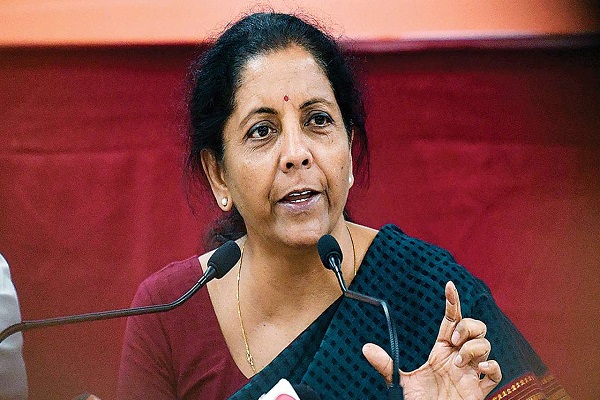 Union Minister for Finance & Corporate Affairs Nirmala Sitharaman participated as the Chief Guest of the Investiture Ceremony for conferment of Presidential Award of Appreciation Certificates and Medals for ‘Specially Distinguished Record of Service’ to the officers and staff of Central Board of Indirect Taxes & Customs (CBIC) in Lucknow today, on November 26.

In her address on the occasion, Sitharaman congratulated the awardees for their meritorious service and appreciated work done by officers of CBIC. The Finance Minister also appreciated Customs Officers for their good work in facilitating quick Customs Clearance during the COVID-19 pandemic.

In recognition of the outstanding performance of Customs during the COVID-19 pandemic, the Minister suggested a one-time special ‘Corona Response Award’, to be announced along with Presidential awardees on January 26, 2022. The Finance Minister emphasised that monthly GST collection has become a barometer of economic growth and asserted to maintain sustained GST collection for the upcoming months to remain on the faster growth path. Appreciating the efforts of CBIC officers working from home during the COVID-19 pandemic and observing that Group A officers were given laptops, the FM announced that laptops/ tablets should also be given to all Group-B officers of CBIC as this would improve their performance. In this connection, the Minister stated that 9,200 laptops have been sanctioned for Group B officers.

Union Minister of State for Finance Pankaj Chaudhary was the Guest of Honour and Secretary, Department of Revenue, Government of India, Tarun Bajaj; M. Ajit Kumar, Chairman, CBIC; J.B. Mohapatra, Chairman, Central Board of Direct Taxes (CBDT) along with other senior officers of the Department were present. Presidential Award of Appreciation Certificates was presented to the distinguished officers of the CBIC.

In his address on the occasion, Minister of State for Finance Pankaj Chaudhary said that CBIC has played a vital role in the implementation of economic and taxation reforms by way of successful implementation of GST. Chaudhary congratulated awardees and especially their family members without support of whom these officers may not have performed meritoriously.

Presidential Award of Appreciation Certificate was awarded to 26 officers and staff of CBIC for “Specially Distinguished Record of Service.”

These officers were selected on the basis of their exemplary performance in their respective fields of service over the years. The awardees selected this year include officers from all cadres of the Service, who have consistently performed with distinction in their various assignments, including prevention of smuggling, detection of tax evasion, detection of trade-based money laundering and foreign exchange violations, besides contributions in tax policy formulation, revenue mobilisation, and automation of business processes, and capacity building and training.