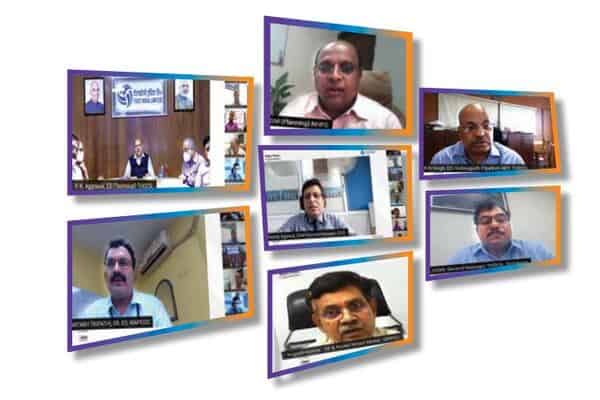 “We in the power sector always looks for grid stability and this cannot be achieved without the hydro sector”, said LP Joshi, General Manager (EM Design), THDC India Ltd. On this note, with the aim to highlight the significance of hydropower in propelling India’s power sector, Elets Technomedia in association with THDC India Ltd. organised a webinar under the aegis of ‘Azadi ka Amrit Mahotsav’ on August 10.

The webinar saw the participation of esteemed speakers from power sector PSUs including speakers from NHPC Ltd., EESL, UPPCL, WAPCOS and THDC Ltd. Gaurav Kumar, Social Media Officer, THDC India Ltd. moderated the webinar. He introduced the theme of the conference to the panellists and the audience and delivered a welcome address for the eminent panellists.

P K Aggarwal, Executive Director (Technical), THDC Ltd. opened the webinar with a formal welcomes address to all the speakers. Aggarwal spoke on the significance of hydropower and the issues that the hydro sector faces and set the tone for further discussions. 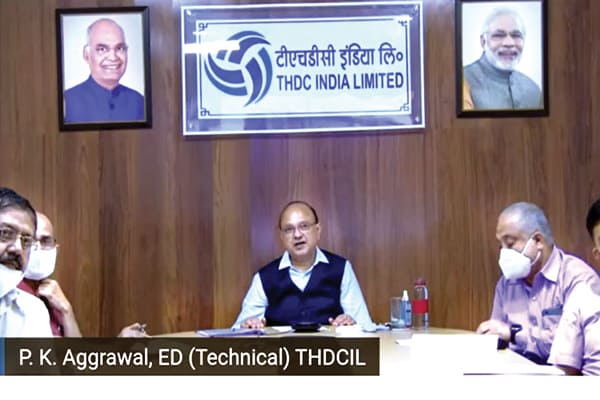 Aggarwal said, “The journey of the hydropower sector in India started in the year 1897 with the establishment of a small hydropower plant of 130 KW capacity near Darjeeling in West Bengal. Since then, the development of hydropower projects in the country has seen rapid growth. The installed hydropower capacity in India, at the time of independence, was only 508 MW and the maximum unit size was 22 MW only. At present, the installed capacity of hydropower in the country is 46,322 MW and the maximum unit size has increased to 250 MW.” From 30 per cent of power share at the time of independence, hydropower captured 50 per cent of the power share by 1962. However, after that, a steady decline was seen in the power share due to industrialisation and thermal power was gaining importance in the country, he added.

On the revival of the hydropower sector, Aggarwal said, “Following several discussions, the Government of India came up with various measures to promote the hydropower sector. These included – declaring large hydro projects of over 25 MW as renewable sources, hydro purchase obligation has been notified as a separate entity within non-solar RPO, and the Centre has allowed the debt repayment period of 18 years in place of 12 years and the project life has been extended from 35 years to 40 years.” 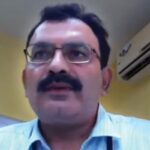 The first speaker, Amitabh Tripathi, Senior Executive Director of WAPCOS, said, “One of the reasons why the hydro sector declined in 1963 is the site of the project. If we see the growth before 1963 and of late, it was easier to choose sites for the hydropower projects and the best sites were chosen. Later on, when the hydropower sector was being expanded, people started considering sites for the project in the upper reaches. And, as we go to the mountains, things get difficult both in terms so the infrastructure, construction, accessibility, and a host of other issues. However, there are certain benefits as well to have a hydropower project in the upper regions. This has also contributed to the decline of the hydro sector… Most potential lies in the Himalayas as geographical aspects play a major role, particularly when underground structures are in the picture.”

In addition to the factors mentioned by PK Aggarwal for the slow-paced growth of the hydro sector, these aspects have also contributed to the downfall, Tripathi added. “However, I am happy that the focus is back on the action plan and the interventions that are required for picking up the pace for the growth of the hydropower sector.”

Raising concerns related to the process of establishing hydropower projects, Tripathi said, “In the whole project cycle, the construction, structure and related aspects are in focus since the beginning, however, not much goes into planning and brainstorming while DPR preparations. Hence, a deliberation should take place before DPR is cleared.” 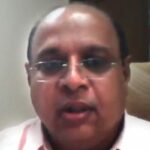 General Manager (Civil) for Corporate Planning Division at NHPC Ltd. V R Shrivastava said, “A few months back, we had an opportunity to give our collective suggestions to the Ministry of Power, Government of India as they are formulating the National Electricity Plan 2021. All of us are aware that the inherent problems faced by the hydro sector need special attention. So, a few factors that we put forth are under active consideration by the sub-committee which has been formulated to draft the plan.” The hydro sector looks forward to the incorporation of the suggestions extended to the government in the National Electricity Plan as those will pave a path to improve the growth of the sector in times to come, he added.

Speaking on the importance of the hydro sector, he said, “It well known that hydropower plays a key role in stabilising the grid. In 2020, when the Prime Minister announced a sudden power shut for nine minutes, it posed a huge challenge for the power companies as it had the risk of destabilisation of the grid. This was because as much as 30,000 MW was to be backed down in a matter of few minutes. There the hydropower contributed to almost 50 per cent of the shutdown. Around 17.000 MW was backed down by the hydropower sector only.”

Further, he raised issues where the local population or tribal people residing near the hydropower project sites have opposed the project. He said, “There are always concerns of the native people when it comes to hydropower projects. So we have to make them understand the benefits of the project and get them along.”

However, speaking of the innovative approach and technology being adopted in the sector, Shrivastava shared about NHPC’s development at its stations. He mentioned, “Automatic generation control systems have been installed at our eight out of 20 power stations.” 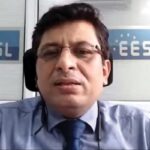 Abhishek Agarwal, Chief General Manager and Head (IT) at EESL said, “Yes, there is a concern that the hydropower sector is diminishing but we cannot overlook that the government is nodding to a number of such projects. However, a problem is that the gestation period for hydro projects is long. After COVID, Climate Change has become a major concern for the energy sector. As per a report by IEA, we would have to generate as much energy in the next 30 years as we have generated in the past 100 years.”

Agarwal showed faith in the future of hydropower in the country and said that a number of organisations like THDC, NHPC, and more are there running hydro projects. Also, the government has given approval to numerous hydro projects. Hence, “I feel we would be able to overcome the issues that we face today regarding the hydropower projects soon,” he added.

On the rapid digitisation ongoing in India, he said, “When we talk about the digital transformation it should be top to down approach, not vice versa. We need to stop treating IT officials as service persons and bring in a change in paradigm.” 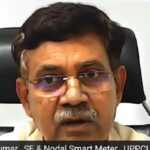 In a supportive statement, Yogesh Kumar, Superintendent Engineer and Nodal Officer Smart Meter, Uttar Pradesh Power Corporation Ltd. (UPPCL) said, “We have the potential of 150 GW of which we have only tapped 56,000 MW which is nearly 12 per cent of the total installed capacity in India. India has a great scope for hydropower sector and we’ve only tapped a small part of it.”

In terms of energy, the contribution of the hydropower sector is 13 per cent. While wind power contributed 10 per cent and solar power 11 per cent. Adding on he pointed out, “This is because we are able to harness the energy of water completely but in the case of wind and solar energies, it is more dependent on the climatic conditions… Therefore, the government authorities need to work on fast-tracking approvals for hydropower projects. This is because the efficiency is dependent on the flow and once the flow reduces less power would be generated.” 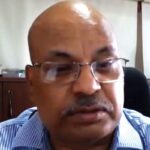 Executive Director, VPHEP at THDC Ltd. R N Singh pointed out that in the hydropower sector there are a lot of benefits that are reaped but are not monetised. Even with a project like Tehri, we do not get a significant monetary benefit.”

The country is blessed with numerous water resources and probably because of this, there is no sense of water security in the country. “People are getting water at cheaper prices. But, if we monetise our resources, our cost to energy which is directly related to capital cost will be significantly reduced,” he added.

While addressing the perks of the hydropower sector, Singh questioned the lack of monetisation of these and not reaping apt benefits. He said, from grid stability, blackout prevention to low carbon emissions are upsides of the sector however “We’re never given credit for this. We never get any appreciations nor we’re being credited in media,” highlighted Singh.

Looking at the progress made in recent times and the way forward for the sector, he said, “Though there are issues, the Government of India is taking initiatives to improve the sector and I feel the future is bright for us. 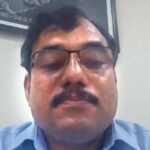 “If we talk in terms of grid stability, the role of pump storage plants (PSPs) come in the way. So PSP is type of hydropower project that works on a slightly different principle. It requires two reservoirs at two different elevations and the available water is recycled between these two reservoirs,” said Joshi. The electricity is generated when the system is in need of power and pump back the water in the lower reservoir to the upper reservoir when the electricity is surplus, he added.

Joshi said, by 2022, India aims to have 175 GW of renewable energy, however, to handle that much power we need to ensure grid security, hence the role of hydro projects come into play. PSPs are one type of hydro project that contribute to grid stability. 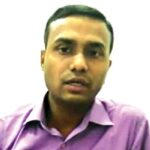 As per the deliberations by the PSU leaders, the major issues identified includes lack of monetisation of secondary benefits from the sector, delayed approval processes for the project, and lack of recognition. However, it is to be noted that the Government of India is taking steps to improve the scenario and strengthen the hydropower sector. Also, the PSUs and sector-specific companies have been asked for suggestions for formulating a National Electricity Policy. The officials mentioned that the shortcomings and probable solutions to issues have been chalked out and shared with the Centre to consider for the framing of the National Electricity Plan. Closing the webinar after a virtual certificate presentation ceremony for the speakers, Gaurav Kumar delivered a closing address and a vote of thanks. He highlighted the aim of the webinar to bring together the PSU leaders from the Hydropower sector and deliberate on the present situation of the hydropower sector, the way forward and its contribution to stabilising India’s power grids.