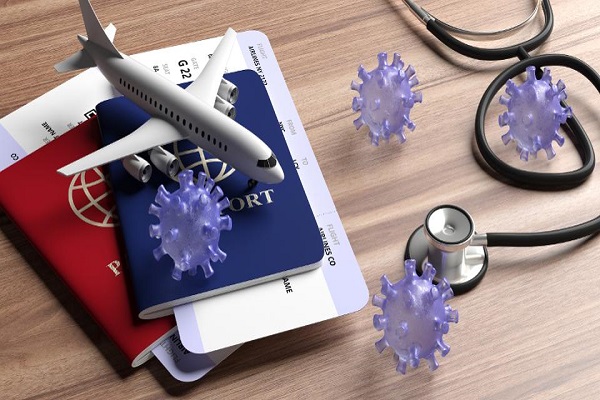 The Coronavirus pandemic is one of the worst crisis the humanity has faced in decades. It has not only affected human lives but also the economy to a larger extent. Many businesses have suffered losses due to the lockdowns that were imposed countrywide as a preventive measure to break the chain of transmission of COVID-19. Many people lost their jobs as the medium and small companies could not afford to keep the workforce intact amidst the lockdown due to the losses. One of the worst-hit sectors was the Tourism sector. And, to talk about the effect of Corona on travel and tourism, an eminent panel including – Avinash Mishra, Advisor Tourism & Culture, NITI Aayog; Gaurav Bhatnagar, Co-Founder, TBO Group; Aashish Gupta, CEO, FAITH; and Sanjay Basu, Chairman Adventure & EcoTourism Task Force for CII & Member, CII Tourism & Hospitality National Committee joined in for a webinar organised by Elets Technimedia.

Mishra, addressing the topic of the webinar and talking about possibilities in the tourism sector, said, “We see that the tourism sector is the only one where immediate recruitment is possible. The Government of India is thinking about what can be done to make the situation better in post COVID times.” Further, speaking on the present infrastructure, he added, “I do agree that there are infrastructural gaps but we are trying to bridge those as well.”

Stressing adding new areas to the sector and on having a rebound in the post-COVID times, Mishra said, “We could really think of to sell EcoTourism which has the potential to boom in the coming times as people today are much aware of the environment conservation and eco-friendly things.” Mishra also spoke on revamping the sector and utilising the lockdown time to restructure processes and work on enhancing infrastructure, and more. “This is a zero-zero time and we all should think of what are the structural changes required in this sector”, he added.

Taking his words towards the funding and cash flow issues, especially in times of crisis, he said, “Like MNREGA is there to support the poor,  we need to come up with such a fund for the people involved in the tourism sector.” 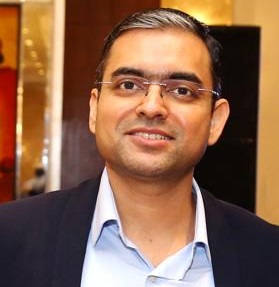 Gaurav started off with addressing the harsh issue saying, “Today the situation is enough grim that the cashflows have gone negative.”

However, looking at probable solutions to aid the sector, Gaurav, highlighting an example from Brazil said, “In Brazil, the government notified that all travel refunds will be made through credit notes and no refund will be done in cash. People can redeem these credit notes when they will be travelling next.” Implementing such a measure can help in stopping the outflow of cash. If the Indian government can come up with something similar, it will be a relief for the industry, he added.

Talking in terms of preparing for the post-COVID time, Gaurav said, “If the govt creates an aggressive system to train people in the travel industry, that will be of great help once the things are back to normal.” The lockdown phase must be looked at as an opportunity to train people and educate them. The government can pat stipend, and help them to upscale their skillset which can further drive the industry towards a better future as there will be more qualified and skilled professionals, he added.

Moreover, talking on improving the situation he said, “South Asian countries would see demand in travel again post the crisis. So, the government must consider it.” To make it convenient for the travellers, the government can make the visa-on-arrival system more streamlined and free of cost. This can the tourism industry grow better and faster, he added.

Aashish, supporting Gaurav’s statement on cashflow said, “No cash is coming in. We need to look at the finances and revival primarily.” Further, adding on to the revival aspect, Aashish added, Revival will largely be led by domestic markets. The international market will not revive as soon.

Speaking on the probable solutions for the industry to come out of the crisis and its sustenance, he said, “The government can make a year of GST-free domestic travel. If we have to retain the MICE segment we need to give them incentives and such things must be done to ensure the revival of the industry.”

Basu highlighting the aspect that due to the losses faced by the industry amidst the lockdown, said, “We are looking at nearly two crore job loss in the organised sector.” The travel and tourism industry really needs a serious handholding from the government, he added.

Answering a question on the expected time when the normalcy could be seen in the industry, Basu said, “The onset of normalisation is expected by October 2021.” Further, highlighting the seriousness of the situation, Basu said that as many as 73 percent of the travellers in North America are of the view that they will not travel until the vaccine has been found. If the industry collapses then the recovery would take around three to four years as the entrepreneurs and the small businesses would have exhausted.

Stressing on the significance of the government to step forward for saving the drooping industry, Basu said, “India is potentially among the top 10 tourist destination across the world. But, the absence of relevant policies from the centre and especially amidst the crisis is a major loophole.” He urged the government to grant travel and tourism sector an industry status which would play an important role in the growth of the sector.

Adding on to the role of the government, Basu said, “Many governments all over the world have stepped in for the people in the industry to save their jobs. Initiatives like the direct transfer of salaries for the employees and more have been taken in many countries. To save the businesses is highly critical at this point.”

He further said, “Tourism really need some urgent assistance from the government. If and not as grants, then at least allow the banks to give loans.”