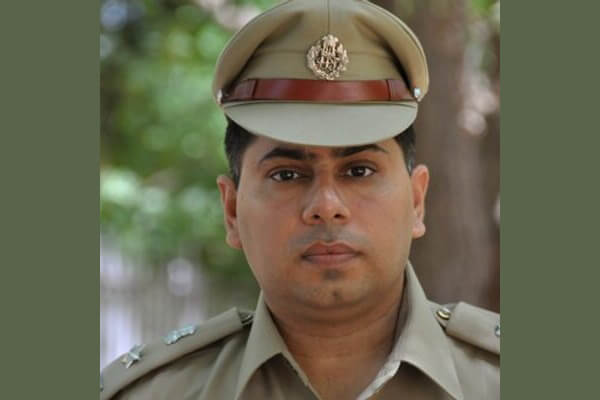 In the wake of COVID-19 outbreak, the Government of India has implemented a nation-wide lockdown which is though a significant move to cut the chain of viral spread but is also causing inconvenience to the citizens. Rajasthan Police has come forward to help the people engaged in essential services and departments and the regular citizens through RAJCOP Official app. The app enables the citizens to apply for a pass so that police officials can allow them to move amid the lockdown. Sharat Kaviraj, Deputy Inspector General (SCRB), Rajasthan Police describes the initiative by the police department in an interview with Kartik Sharma of Elets News Network (ENN).

I think we all understand that when there is such an unprecedented lockdown like situation and people have to move out in an emergency, it becomes a very difficult situation for everyone. If people come out to government offices to apply for passes, it may lead to an accumulation of a large crowd at the government premises which is not desirable at per the situation. At the same time, if people come out in an emergency without applying for passes or without the due permissions they may themselves feel awkward as if they have been violating the law. The RAJCOP app is giving a lot of flexibility to both citizens as well as administration to deal with the situation.

How are the citizens responding to this initiative? Are you improving the app as per citizen’s feedback?

People are responding quite well to the app. We have already received around 30 thousand applications. As more and more people come to know about the app the number of users will increase.

It has been a cycle of continuous improvements. We started with the premise that we have to make it go live in the shortest possible time. Then on a daily basis we are improving it as required. Practically in the last four days, we have got an update daily.

Rolling out the initiative across the state in a short period must have been a challenge. Please tell us about that.

We already have a CCTNS framework across the state. We built the RAJCOP app on the same framework. Otherwise, it would not have been possible to have state-wide roll out in such a short span of time. It is directly integrated with the CCTNS Citizen app. The best part of the app is that has helped the streamlining the movement of people going out for essential services is the authenticity of the pass issued on the app. Otherwise, for the policeman on duty, it would merely be a piece of paper and if genuine or not. Worldwide when people can easily fake currency note, faking another pass or making its copies is not a big issue. So, for the first time, there is a counter app RAJCOP OFFICIAL which allows the police personnel to verify the authenticity of the pass. Hence, through the app, now a policeman can validate the pass by entering the pass number or checking the QR code. This is a first-ever such initiative.

Also Read: STRANGERS: The Power of the Common Man

The QR code scanning is yet to go live, but it will soon be done. The number of people applying for passes is in thousands but the number of passes generated and issued is very less in number. One can understand that the situation is not such where we will try to facilitate convenience, we are issuing passes only in the cases of emergency. In a couple of days, we will begin to convert the existing paper base passes into digital ones. We are initiating the process and hopefully, in another couple of days, it will take place.

What is your message to the citizens regarding this app?

The message is simple and clear that people are requested to apply for the passes only in the situation where there is no other way than to come out. This is the facility which should be used cautiously and only in need. Please see this service as a solution in emergency only.