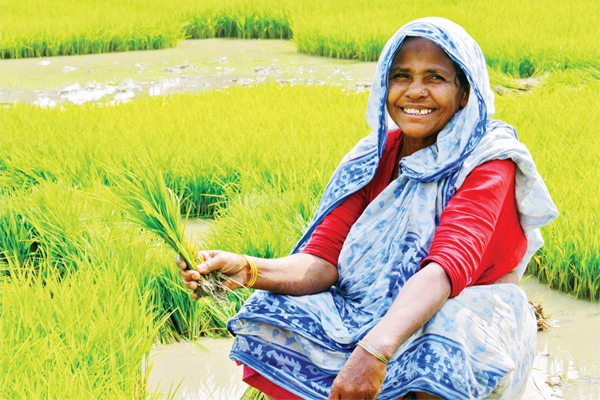 End-to-End Computerisation of Tamil Nadu Public Distribution System has ensured that besides avoiding multiple entries there is no way by which any individual member or even an entire family could be duplicated under the new system, writes Civil Supplies and Consumer Protection Department, Government of Tamil Nadu.

Faced with a number of issues that are common to paperbased ration cards, such as difficulty in maintaining the card, making changes, duplication, bogus and ghost entries, the Government of Tamil Nadu decided to introduce the End-to-End Computerisation of Tamil Nadu Public Distribution System. The new system, with its objective of bringing in transparency and accountability in the functioning of the PDS across the State, has not only ensured that actual beneficiaries are provided with the commodities but also made the ration card management process more effective and user friendly.

Situation before the New System was Adopted

After a massive exercise of verification of family card holders, paper-based cards were issued through Electronic Corporation of Tamil Nadu Ltd (ELCOT) from 2005 onwards. Renewal of this card was carried out by adding/pasting inner sheets every year. It had to bear the wear and tear of more than a decade and the card holders expressed their difficulty in maintaining and handling this paperbased ration cards. The data base used for printing cards and for effecting changes in members, addresses, etc, was old and outdated. The system of removing people or families, who died, migrated, etc, was also not available. As a result of all this, the card data base contained a number of bogus and ghost entries. Ghost entries are non-existent families/individuals, while bogus entries include multiple entries of any individuals/part or whole of families.

The mutations in the card like addition of names in the family card, deletion of name and any other mutational changes like the request for a new card and duplicate card were being carried out manually. Any one in need of a card had to apply to the Taluk Supply Officer/Assistant Commissioner in person. The verification and issue process took anywhere between 10 to 60 days.

The allocation of commodities to the Fair Price Shops (FPSs) was done based on the units and members existing in the ration card and on the basis of the closing balance of the commodities for the previous month at the shop level. This was not live data, as it was being collected from the FPSs. Based on the allotment by the Department of Tamil Nadu Public Distribution System, allocation orders were generated by TSO/Assistant Commissioner and were handed over to the warehouses and movement of commodities were done on this basis to the FPSs. The essential commodities thus allotted were distributed to the ration card holders by the process of manual billing and corresponding entries were made in the paper-based registers in the FPSs.

Recognising the difficulties in using the above system of card management, the State government took a visionary decision to go for a new system of ration card management based on the Aadhaar database created by the department. This project is called End-to-End Computerisation of Tamil Nadu Public Distribution System. The major objective of the project is to bring in the transparency and accountability in the functioning of the PDS, thereby, ensuring proper availability and distribution of the essential commodities to the citizens of the State. Further, the project also aims at paperless eco-friendly way of record keeping and maintenance for easy and live online monitoring and verification.

Initially, internet-enabled Point of Sale Devices (PoS) were supplied to all the FPSs in the State. The device was used to register old card details like card number, number of adults, children, type of the card, LPG details, etc. To these details, Aadhaar information from the QR code in the Aadhaar card was seeded. A family card holder database was thus created with the Aadhaar number and other details like the name, Date of Birth, etc, which were available in the Aadhaar Card. Further, the mobile number of a family member was also seeded to the database. At the Central Server shop-wise details of all the cards attached to the shops was made available. It also stores details of eligibility of commodities for each card, details of withdrawals made till date, etc.

These PoS machines were also used to update the stock of the essential commodities of the particular Fair Price Shop. In addition, these PoS machines also act as billing machines to distribute essential commodities to the Family Card Holders. A SMS is being sent to the Family Card holder in his registered mobile number for every transaction made at the Fair Price Shop.

A separate portal, www.tnpds.gov.in, was developed for the public to view and know about the Public Distribution System in the State and a separate facility has been provided for the Family Card holders to login using their Registered Mobile Number (RMN) and make any mutational changes in the Family Card associated with the RMN. In addition, a mobile APP, ‘TNePDS’, is also available for the Family Card holders to make the changes in their cards. Thus, the card holders have been empowered to manage their cards, eliminating the need to approaching government offices or any intermediaries for it. For the internal stakeholders of the department, a MIS portal is available to view/download and monitor the activities of the entire PDS system in Tamil Nadu. Similarly, another portal is available to make the required changes wherever and whenever necessary in the existing data of the Family Card Holders and other related data based on proper authentication.

As a result of the above reengineering process, a new ‘Smart’ Family Card with features like Guilloche pattern, UV mark of Tamil Nadu Government emblem, water marks of the State government emblem and Family Card specific Quick Response (QR) code has replaced the paper-based Family Card. It also have detailed information like the name of issuing department, title of the type of PDS card, name and photograph of head of the family, a unique family code, details of family members, date of birth of the head of the family, address, and classification of cards as Priority Household Cards (PHH) Non-priority Household cards(NPHH). The commodities are distributed to the Family Card holders using PoS machines by scanning the QR code in the Smart Family Cards.

The main aspect of the QR code is that it contains a unique family code specific to a Family Card. As and when the printed smart card is taken to an FPS for the first time, the shop device scans the card and sends the information to the central server.

The main aspect of the QR code is that it contains a unique family code specific to a Family Card. As and when the printed smart card is taken to an FPS for the first time, the shop device scans the card and sends the information to the central server. Thus, the card to shop linkage is established and the card is ready for transaction.

The project, End-to-End Computerisation of TNPDS, has ensured a convenient and practical monitoring mechanism of the FPSs, thereby, creating a transparent and accountable mechanism in distribution of the essential commodities to the Family Card holders. It has made a major breakthrough for both the Department as well as the common man by simplifying the work and also has brought down the time involved in carrying out these work. The database created has ensured that the actual beneficiaries are provided with the commodities.

The database created by this Department can also be used in future by other departments for implementing their schemes as the database has tagged the details regarding the PHH, NPHH, AAY, etc.

A helpdesk mechanism with toll-free short code 1967 functioning from 8am to 6pm on all business days is available for the Family Card holders and PFS owners to register their complaints and other grievances with respect to PDS in the State. Also, the stakeholders can avail this facility to make themselves well versed with functioning of the system. Further, Family Card holders can send their complaints through email/SMS for necessary action by the Department.

Scalability of the Project

It is proposed to integrate the existing PoS machines with biometric authentication mechanism with UIDAI and thermal printer for printing of receipts at Fair Price Shops. It is also proposed to enable Aadhaar enabled cashless transaction with the help of the PoS devices at the Fair Price Shops. Apart from this, the department is even working on bringing mobility of card holders to purchase commodities “anywhere and at anytime”

As the project is designed in such a way with the help of simple & compatible technology and online monitoring mechanism, the project is expected to be sustainable in long run.

The project is funded by the Central Government and the State Government on 50:50 sharing basis for digitisation of cards. As far as computerisation of PDS is concerned, the State government has completely funded it without any assistance from the Government of India.