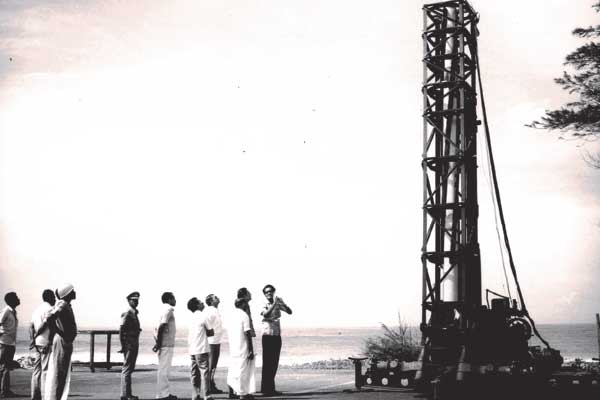 The seven decades old cooperation in space is an important pillar of India-Russia strategic partnership, which has helped India benefit immensely in developing its indigenous space programme with Russian technical and scientific assistance. Both the countries now seek to elevate bilateral cooperation to the next level keeping in view the privileged partnership they share and India’s priorities such as ‘Make in India’ programme.

India-Russia cooperation in space is as old as the Indian space programme. It all began with the USSR assistance in the first sounding rocket launch in 1963 by supplying MINSK Computer, vibration table and a helicopter and a boat. The MINSK computer helped to introduce programming and computing to all ISRO scientists and engineers worked in TERLS (Thumba Equatorial Rocket Launching Station) in 1960s. The helicopter was used not only for range safety surveillance during the sounding rocket launch, but also for imaging top of the coconut trees in infrared to detect the coconut wilt disease. This has been the first remote sensing experiment in India.

In the initial days of TERLS, sounding rockets from the US, UK and France were launched. Subsequently, from 1970 onwards, the USSR made M-100 rockets ruled the Thumba Skies for two decades with over 1160 launches. The ISRO scientists learned quiet a lot from these launches in payload integration and launching, conducting and analysing the scientific experiments of the upper atmosphere, etc.

The USSR also shared lunar soil samples, collected under its Luna programme (1959-76), with Indian scientists for analysis. This enabled the Indian and USSR scientific communities to further expand the collaboration to probe the origin and early evolution of the solar system and activity of the early sun. Scientists from both sides carried out research activity in space science using ground based experiments, balloons, rocket flights and satellites.

The next big thing in India-Russia cooperation came in 1983 in the form of flying Indian cosmonaut in Russia’s Salyut space station. Wing Commander Rakesh Sharma, Research Cosmonaut was launched into space aboard the soviet space craft Soyuz-T 11 along with two other Russian cosmonauts on April 3, 1984 and he carried out research activities in the Salyut-7 space station till April 11, 1984.

In the area of launch vehicles, in the 1990s, ISRO and the GLAVKOSMOS signed contract to supply cryogenic stages to India including transfer of technology. Later, this culminated in India getting only from Russia seven assembled stages, which were used in the initial GSLV missions. Over the time, the Indian space programme also advanced and started to realise its own fleet of remote sensing, communication, navigation and scientific satellites and launch vehicles to launch them. A group of young scientists from India and Russia jointly built a mini-satellite “YOUTHSAT” for studying atmospheric constituents and space weather was launched by India in April 2011.

To further enhance the bilateral cooperation, ISRO and ROSCOSMOS have signed an MoU on expansion of cooperation in the field of exploration and use of outer space for peaceful purposes in June 2015 with satellite navigation, launch vehicle development, human spaceflight program, remote sensing of Earth, space science, planetary exploration and use of ground space infrastructure.

In the field of space transportation, ISRO is in touch with Russian entities for establishing the rocket propellant (Nitrogen Tetroxide, a chemical for use as an oxidizer in the liquid propulsion stages of the launch vehicles) production plant in India. Discussions are also on for establishing a test facility for semi cryogenic engines in India.

Another recent milestone in India- Russia space cooperation has been the signing of MoU between ISRO and ROSCOSMOS on Joint Activities under Human Spaceflight Program on October 5, 2018 during the visit of the Russian President to India. Under this, contracts are being finalized on the various aspects including selection and training of Indian astronauts, wind tunnel testing of the crew module and crew escape system, supply of components like ECLSS (Environment Control and life support System), view port, flight suits and crew seat.

India and Russia continue to enjoy excellent and healthy relationship in the field of space. This strong relation between the two countries will give more fruits of success in space cooperation in the coming years.