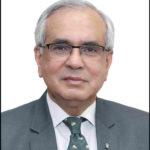 Dr Rajiv Kumar is the Vice Chairman of NITI Aayog. He also serves as the Chancellor of Gokhale Institute of Politics and Economics, Pune. He has wide experience of having worked in Government, academia, industry as well as in multilateral institutions. 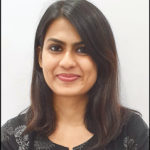 Neelashi Shukla is a Young Professional at Niti Aayog and works on International Strategic Economic Cooperation. She is a graduate of Economics from St. Stephen’s College and holds a Masters in Economics from the London School of Economics & Political Science.

NITI Aayog and the Ministry of Economic Development of Russia through the IRSED endeavour to facilitate and encourage bilateral trade and investment by engaging in constructive discussions to advance cooperation across infrastructure, connectivity, agriculture, small and medium business support, digital transformation and industrial and trade cooperation

As India steadily advances on the path towards becoming a USD 5 trillion economy, it needs to be fully aware and take account of the exigencies facing the interconnected world today. Be it financial volatility, risk of contagions, looming trade tensions and policy uncertainty, the collective challenges we face today are no longer static or predictable. They need collaborative, proactive and dynamic approaches to be tackled effectively. This is where the Indo-Russian partnership could play an important establishing role for the global economy.

Russia has been one of the closest strategic allies for India since independence. The foundation of this relationship is deep rooted in the 1971 Treaty of Peace, Friendship and Cooperation, 1993 Treaty of Friendship and Cooperation, the 2000 Declaration on Strategic Partnership and the 2011 elevation to a Special and Privileged Strategic Partnership. It has withstood the test of time. It has also expanded and diversified to include areas beyond the traditional sectors of cooperation such as space and defence to areas such as infrastructure, food-processing as well as fintech. The need for a more intensive and broad-based collaboration to strengthen strategic economic cooperation between the two nations is acknowledged by both the sides.`

This was the sentiment behind establishment of the India-Russia Strategic Economic Dialogue (IRSED). In order to streamline bilateral engagement by means of an overarching mechanism to drive economic strategy, the leaders of our two great nations mooted the idea of IRSED- spearheaded by NITI Aayog from the Indian side and the Ministry of Economic Development (MED) from the Russian side. The 1st IRSED was held in November last year at St. Petersburg, Russia where both sides engaged in constructive discussions to advance cooperation across infrastructure, connectivity, agriculture, small and medium business support, digital transformation and industrial and trade cooperation.

Further, in order to achieve the bilateral trade target of USD 30 billion by 2025 set by our two countries in December 2014, several directed and sector-specific approaches have been adopted by both sides in order to productively harness complementarities in a mutually beneficial manner. Presently, the bilateral investment target of USD 30 billion set out for 2015 has already been met and bilateral trade between the two nations stands at USD 10.69 billion, which is a 21.3% increase from 2016-17. However, we still have a long way to go to reach the trade target.

NITI Aayog and the MED through the IRSED have for the past year endeavoured to facilitate and encourage bilateral trade and investment with a view to meeting these targets. Both the sides have successfully managed to establish regular channels of open communication, monitored and consistently followed up on the deliverables of the previous IRSED, constituted council of experts to guide on the SED, interacted via frequent meetings, held numerous stakeholder consultations, organised webinars, facilitated businessdelegation visits, bringing policy, academia and industry into the fold and effectively identified issues to be taken up in order to derive tangible outcomes through this mechanism.

Building on this momentum, the 2nd India-Russia Strategic Economic Dialogue (IRSED) was organised on 10 July 2019 at New Delhi which, in addition to the core areas identified at the 1st IRSED, also focused on Banking, Finance, and Tourism & Connectivity. It was heartening to note the considerable progress made in each of the sector-specific Round Tables at the 2nd IRSED, where concrete, action-oriented outcomes were identified by both sides to carry this association forward.

As our two leaders meet this year in September 2019 at Vladivostok, the time has come for India and Russia to join hands and further augment the economic ties. Some of the areas where the Russian corporations could invest in India could be multimodal connectivity including playing a leading role in the operationalisation of the International North-South Transport Corridor (INSTC), agro and food-processing, ease of doing business across SMEs and MSMEs, fintech & digital payments, wellness, tourism and connectivity.

Boosting multi-modal connectivity by means of greater Russian participation in Indian Projects through the International Competitive Bidding route, investment in developing technological solutions for satellite-based tolling and ITS (Intelligent Transport Systems) and in modernisation and construction of roads under the Bharatmala Pariyojana could be the starting points. With regards to railways, opportunities exist for collaboration in development of dedicated freight corridors, railway electrification, signalling upgradation and station redevelopment. Moreover, using Russian expertise in construction of Ro-Ro, Ro-Pax and low-draft vessels for inland and mixed navigation and participation of Russian firms in inland waterway development on the National Waterways could be explored to strengthen ship building and inland waterways connectivity in India.

Participation of Russian companies in aircraft manufacturing and leasing in India is another area that could be fruitfully explored. Both countries could also play a significant role in International North-South Transport Corridor (INSTC), especially in establishing a Joint Venture Multimodal Transport Corporate and in successfully operationalising the route by substantially reducing time & cost uncertainties and multiplicity of formats and documentations required for shipping of goods. In fact, a separate conference specifically dedicated to INSTC was also organised on the side-lines of the IRSED with participants from India, Russia as well as Iran to have detailed and focused deliberations on this aspect.

Opportunities have also been identified by both delegations in enhancing research partnership focusing on farm machinery, food processing and extension services in agriculture. India could particularly benefit from using Russian expertise in using AI-backed software for estimation of crop yields and losses. Another area that could be explored is agro-processing where collaboration through technology transfer and knowledge sharing through joint development could prove instrumental in reviving the sector in India.

Improving the relationship between Indian MSMEs and global counterparts has been widely recognised as critical to enhancing export competitiveness in these medium & small enterprises. Building on this, discussions at the 2nd IRSED revolved around facilitating ease of doing business, credit-access and knowledge-sharing for Small & Medium Enterprises (SMEs). Learning from each other’s best practices, and collaborating on e-marketing facilities such as a portal for end-to-end marketing through digital transactions were brought up by both sides. A Joint Action Plan to operationalise the Business Navigator portal in India on lines of the successful implementation of Russian Business Navigator Portal and leveraging opportunities for sector-specific collaboration on industrial and urban solid waste recycling technologies, intelligent machines, pollution control etc. were decided as the way forward for Indo- Russian collaboration on SMEs at the Dialogue.

Today, the global architecture is laden with constant technological innovation and disruption. In the near future, both our sides could play a substantial role in jointly solving for some of these new found challenges. Implementation of the New International Payment System (NIPS) project promoted within BRICS could be one such area where possible cooperation could be considered by the two sides. This could contribute to ensuring seamless banking and financing transactions. Further, opportunities also exist for Russian firms to invest in the 100 Indian Smart Cities and in conducting pilots for testing applications of emerging technologies across agriculture, healthcare and education.

Both sides could also work towards adopting a human-centric approach to AI. In fact, at the recently concluded G20 Summit in Osaka, Japan, the Indian Prime Minister presented 5 I’s for maximizing digital technology for social benefits- Inclusiveness, Indigenization, Innovation, Investment in Infrastructure and International Cooperation. Going forward, India and Russia can greatly contribute to harnessing synergies across frontier technologies for advanced manufacturing and leveraging innovation, incubation and regional collaboration.

Vnesheconombank (VEB) and Srei have signed an MoU in 2017 with the objective of jointly setting up a Russia-India fund with a corpus of US$ 200 mn to make investments in Russian and Indian technology and innovation sectors. More such efforts need to materialise to give necessary impetus to technology architecture in both the countries. As a step towards greater use of national currencies in bilateral trade and investments, proposals to work together to create a special Rupee– Rouble payment platform (currency swap mechanism) and using innovative credit instruments have also recently surfaced. Moreover, opportunities exist in increasing bilateral cooperation on areas such as agricultural commodities (oilseeds, wheat, fruits), waste management, pharmaceuticals, & fertilisers including carbon composites and in using advance mining technologies, especially for aluminium chemicals.

Further, under the IRSED mechanism, possible co-investment exists between Russian Direct Investment Fund (RDIF) and National Investment and Infrastructure Fund (NIIF) in setting up waste management plants, data centres, industrial parks and gas terminals. Participation of Russian companies in setting up an industrial park established by the Indian company, Srei Group in Tuticorin is also on the anvil. The need for more such sector-specific projects and proposals to achieve our bilateral investment target is felt going forward. According to World Tourism Organisation (UNWTO), Asia and the Pacific recorded 343 million international tourist arrivals in 2018. Trends also show strong outbound travel from emerging markets, especially India and Russia. Thus, cooperation can be enhanced bilaterally to benefit both the countries through boosting air connectivity, exploring alternate areas of tourism including medical tourism and AYUSH. Yoga and wellness could be another potential area where existing opportunities could be leveraged by the Russian side through India’s Champion Service Sector Scheme.

Thus, cooperation can be enhanced bilaterally to benefit both the countries through boosting air connectivity, exploring alternate areas of tourism including medical tourism and AYUSH. Yoga and wellness could be another potential area where existing opportunities could be leveraged by the Russian side through India’s Champion Service Sector Scheme.

This can be achieved by arriving at agreements on Traditional Medicine and Yoga Federations, participating through International viability gap funding to the airline operators (similar to India’s UDAN scheme) and exploring cruise tourism and joint ship-based training programs between Indian & Russian ports.

Thus, it is evident that both countries have a lot to learn from each other’s’ strengths and weaknesses. In the times to come, India and Russia have very important roles to play in overcoming volatile multi-dimensional geo-political and strategic & economic challenges. This was reiterated at the RIC(Russia- India-China)Summit held on the sidelines of the G-20 Osaka Conference recently.

Given these developments, the emergence of IRSED as a vibrant and targeted instrument cannot be over emphasized. Going forward, its role in bringing relevant stakeholders together and overcoming policy and regulatory impasses across sectors, would only grow more prominent. While India has seen FDI inflows of USD 44 billion in 2018-19, it is hoped that through continued discussions, both countries can share ideas and institutionalise collaborations. This would help to increase bilateral trade and boost bilateral investment flows. In the long run, IRSED can go a long way in effectively resolving outstanding issues, facilitating trade and investment and strengthening bilateral engagements, keeping in mind shared economic and commercial interests of the two countries. We look forward to further strengthening this institutional relationship.