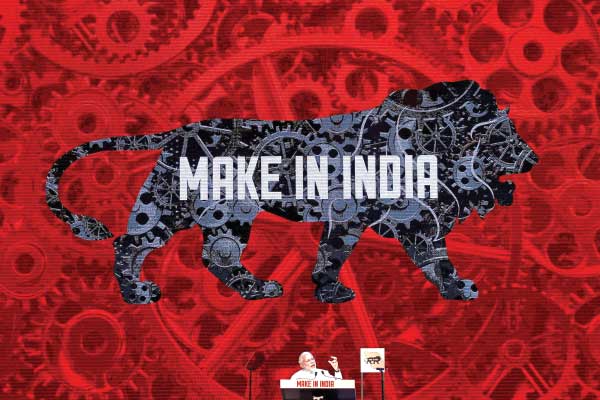 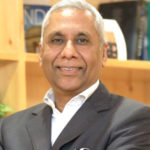 Deepak Bagla has a professional career spanning over 3 decades having held several responsibilities across the globe. Mr. Bagla is currently CEO & Managing Director of Invest India, the national investment promotion and facilitation agency for India.Government of India

India and Russia are natural allies enjoying deep-rooted friendship based on mutual trust and cooperation. The bedrock of their relationship took genesis in the 15th Century, when Russian traveller Afanasy Nikitin documented his experiences in the unique land of India in his book, The Journey Beyond Three Seas. This endeavour is representative of the bond and cooperation with which India and Russia have sought to inculcate their bilateral relations over six centuries.

Russia has been an integral part of India’s growth story from the time of Independence. Our new age, renewed ties reached its zenith in the 1960s when Russia partnered with India to lay the foundation of its independent economy. Since then, Russia has remained a staunch supporter of India’s sovereignty, progress and development, as is evidenced by the depth and breadth of India-Russia relations.

Keeping the unique nature of the India-Russian relationship in mind, the Hon’ble Prime Minister, Shri Narendra Modi, at SPIEF in 2017, announced for a special desk in India dedicated to support and work with Russian stakeholders interested in the vast market opportunities in India. The ‘Russia Plus Desk’ is housed within Invest India, the National Investment Promotion Agency of India.

Russia Plus acts as a one-stop solution for investors by providing handholding support that includes business advisory, policy guidance, location assessment, assistance with regulatory approvals, issue redressal and expansion support. Since its establishment in 2017, Russia Plus has already facilitated countless investments across 18 sectors of the Indian economy. Guided by India’s commitment to become a USD 5 trillion economy by 2024 and the India-Russian target to achieve USD 30 billion of annual bilateral trade by 2025, it remains devoted to propel India-Russian investments in the direction of growth.

Increased economic ties between India and Russia have led to the emergence of key sectors that represent immense mutual opportunities for both the countries. These include energy, pharmaceuticals, manufacturing, infrastructure, renewable energy, electric vehicles, tourism, food processing and farm technology and even India’s ‘Smart Cities’ Mission.

India’s ONGC Videsh Limited (OVL) has been present in the Russian Far East Sakhalin – I consortium since 2001. More recently, a consortium of Indian companies has invested significantly in the Far East in Sakhalin and in the Tass-Yuryakh fields. Prominent companies from both countries are in the process of exploring further potential in the Russian Arctic, as well as establishing medium-to-long term LNG sourcing mechanisms for India.

The pharmaceuticals sector has also served as an important facet of bilateral cooperation. Pharmaceuticals have consistently remained among our top exports to Russia, and also function as a key sector for the Indian business community in Russia. Promising opportunities for future collaboration involve an increased exchange of competencies, technology and an increase in the volume of mutual exports. To this end, India and Russia are currently pursuing the creation of joint ventures in the production of life saving drugs such as insulin, as well as the development of qualitative checks to ensure compliance with international standards.

India-Russian collaboration in the manufacturing and infrastructure sectors goes back to 1955, when the USSR helped India set up its first steel plant in Bhilai. Since then, these sectors have come to form the cornerstone of our trade relations. Given the profound ability of these sectors to aid overall economic growth, both countries continue to jointly develop their capacities in them. Currently, key infrastructure projects such as expanding the Indian railways and setting up industrial corridors are being pursued, along with the development of manufacturing capabilities in the chemical, hydrocarbon and automotive sectors.

India aims to generate 175 GW of renewable energy by 2022. Similarly, Russia plans for 4.5% of its energy output to come from nonhydroelectric renewable energy sources. Furthermore, both India and Russia have a geographic prowess capable of complementing each other’s renewable energy targets, with India being home to existing and developing infrastructure to generate solar, wind, hydroelectric and geothermal energy, and Russia encompassing the Far Eastern region, which holds immense potential for the harnessing of renewable power. Given India’s existing capacity in the field as well as Russia’s increasing emphasis on renewable energy, this sector has tremendous potential, and can act as a key impetus to meeting our ambitious bilateral trade target.

Both India and Russia boast of technological and industrial developments pertaining to the digitisation of the world, thus making this sector an ideal impetus to bilateral trade. It is also in line with our mutual goals of exploring the impending 4th Industrial Revolution, heralded by the advancement of technologies such as AI and big data, as well as BRICS partnership on the same (PartNIR). To this end, India and Russia have begun exploring the development of technologies aiding electric vehicles, as well as those relating to financial infrastructure.

The Russian market holds tremendous potential for the Indian food and agricultural sector. This has been recognized and pursued through the setting up of manufacturing and food processing plants in both India and Russia, as well as joint collaboration on the development of qualitative and phytosanitary checks to complement the same. Increased dialogue in this sector has also led to increased mutual trade, with products such as coffee, tea and spices consistently remaining one of our key exports to Russia.

The ‘Smart Cities’ mission is one that has remained a priority for Government of India and equal enthusiasm for the same is shared by Russia. As a result, we are currently pursuing the development of nodal security and transportation infrastructure in collaboration with prominent Russian companies. By 2022, India hopes to have 100 equipped, comfortable and accessible Smart Cities at the disposal of citizens.

The time-tested relationship of India and Russia has been made possible, largely in part due to the continued bilateral discourse between the two nations. Keeping in tandem with this precedent, the hon’ble Prime Minister Shri Narendra Modi has been invited as the Chief Guest to the Eastern Economic Forum in Vladivostok, Russia, from the 4th to 6th of September. The Eastern Economic Forum serves as a focal meeting for furthering bilateral economic interests.

The Russian market holds tremendous potential for the Indian food and agricultural sector. This has been recognized and pursued through the setting up of manufacturing and food processing plants in both India and Russia.

As a precursor to the Prime Minister’s visit, a high-power Indian delegation led by the Commerce and Industry Minister and comprising senior members of state governments and line ministries along with several industry members visited Russia to explore probable investible opportunities in the Russia Far East. The successful visit of the delegation has expedited the process of finalizing key opportunities which is going to make underway the basis for long-term sustainable growth.

Now, both the countries are at the threshold of a new era to further strengthen this special bond. Our interactions have expanded beyond Government to Government and People to People, to strengthening the Business to Business connectivity. This endeavour will further strengthen the bond to a point where we shall embark on creating innovative solutions and opportunities not just for the people of India and Russia but for people across the globe.