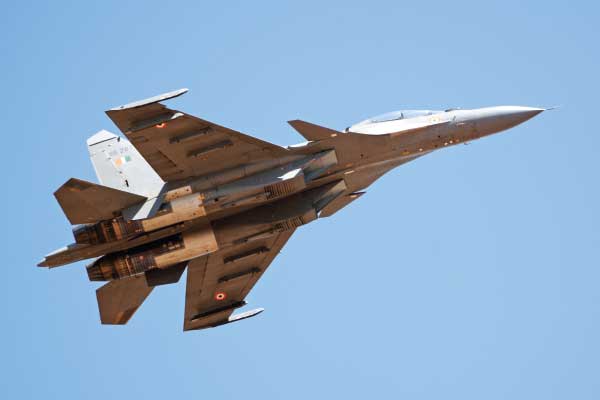 Backed by a shared history of cooperation in defence technology and capacity building, India and Russia have been natuarlly inclined to build an enduring partnership to play an increasingly critical role in changing balance of power globally.

Defence cooperation has been one of the centerpieces of strategic partnership between India and Russia, which goes deeper than the conventional buyer-sellar relationship. Based on mutual trust and respect, it is a special relationship that has endured the test of time. Time and again Russia has proven its worth as an all-weather friend of India, supporting the country whenever the situation demanded it. Be it forced wars, changing balance of power in the world, or a diplomatic situation arising at UN, almost every time Russia and India find themselves side by side lending support to each other to navigate the challenge.

Today, about 60% of Indian military equipment is of Russian origin and India continues to remain the second largest market for the Russian defence industry. With India setting up a roadmap for defence R&D and manufacturing to support ‘Make in India’ and achieve self-reliance in defence procurement, Indo-Russian defence relationship has entered a new paradigm which entails deeper collaborative effort through defence technology transfer and more collaborative effort in the spheres of research, design development and production of state of the art military platforms.

The BrahMos supersonic cruise missile – an Indo-Russian joint venture – remains the gold standard of defence collaboration between India and Russia. The successful test of the longer-range 450-km version is another feather in the cap for the collaboration. It is a joint venture between the Russian Federation’s NPO Mashinostroyeniya and India’s Defence Research and Development Organisation (DRDO), which have together formed BrahMos Aerospace. It is based on the Russian P-800 Oniks cruise missile and other similar seaskimming Russian cruise missile technology.

The new joint venture will manufacture world famous Kalashnikov assault rifles of the newest 200 series and eventually will reach full localization of production. Talking about the venture, Russian President Vladimir Putin said, “The Indian defence-industrial sector will have the opportunity to fulfill the needs of national security agencies in this category of small arms, resting upon advanced Russian technologies.”

The agreement is one of the several new defence projects on which the two countries are working on, including under the ambit of ‘Make in India’ programme. In December 2018, India and Russia agreed to extend bilateral cooperation on defence joint-venture (JV) manufacturing projects at the 18th meeting of the India-Russia Governmental Commission on Military Technical Cooperation (IRIGC-MTC). The two countries also agreed to take forward inter-governmental arrangements for facilitating joint manufacturing of spares for Russian origin equipment in India, under the ‘Make in India’ initiative.

Russia and India share an outstanding level of confidence after decades of fruitful cooperation in the field of defence. In 2018, a number of Russian defence firms broadly agreed to facilitate speedy repair and overhaul of Russian-origin military platforms in India and manufacture their spare parts through joint venture and technology transfer with Indian companies.

The Defence Ministry said that Russian firms showed keen interest in taking ‘Make in India’ further by involving Indian firms in the process of providing after-sales support of Russian-origin equipment to the Indian Armed Forces through longterm supply agreements, repair, overhaul and manufacturing of some spare parts and components.

Russia’s technology transfers to India in the defence sector have been without any strings attached and there is a scope for further deepening the ties, Vice Chief of the Indian Air Force Air Marshal S B Deo, said in July 2018.

In December 1988, an India– Russia co-operation agreement was signed, which resulted in the sale of a multitude of defence equipment to India and also the emergence of the countries as development partners. It also resulted in joint ventures projects to develop and produce the Fifth Generation Fighter Aircraft (FGFA) and the Multirole Transport Aircraft (MTA), between the two nations.

‘Make in India’ programme is being used by the Government for defence procurements by categorising the capital acquisition proposals under ‘Buy (Indian-IDDM)’, ‘Buy (Indian)’, ‘Buy and Make (Indian)’, ‘Make’ and ‘Strategic Partnership Model’ categories of Defence Procurement Procedure (DPP)-2016.

Government has notified the ‘Strategic Partnership (SP)’ Model which envisages establishment of long-term strategic partnerships with Indian entities through a transparent and competitive process, wherein they would tie up with global Original Equipment Manufacturers (OEMs) to seek technology transfers to set up domestic manufacturing infrastructure and supply chains.

India and Russia have deepened their ‘Make in India’ defence manufacturing cooperation by signing agreements for the construction of naval frigates, KA- 226T twin-engine utility helicopters, Brahmos cruise missile (JV with 50.5% India and 49.5% Russia). In a move aimed at boosting India’s defence sector, 200 helicopters will be manufactured in the country with Russian collaboration as part of intensification and diversification of their strategic ties. The agreement, reached recently, is one of the several new defence projects on which the two countries are working on, including under the ambit of ‘Make in India’ programme.

BrahMos is a supersonic cruise missile that can be used against ship and land targets. It has a range of upto 300 kms and is uniquely configured for installing in ships, submarines and aircraft and on ground vehicles.

It is a joint venture between the Russian Federation’s NPO Mashinostroyeniya and India’s Defence Research and Development Organisation (DRDO), which have together formed BrahMos Aerospace. It is based on the Russian P-800 Oniks cruise missile and other similar sea-skimming Russian cruise missile technology. The name BrahMos is formed from the names of two rivers, the Brahmaputra of India and the Moskva of Russia. India holds 50.5% share of the joint venture and its initial financial contribution was US $126.25 million, while Russia holds 49.5% share with an initial contribution of US $123.75 million.

In 2016, as India became a member of the Missile Technology Control Regime (MTCR), India and Russia are now planning to jointly develop a new generation of Brahmos missiles with 600 km-plus range and an ability to hit protected targets with pinpoint accuracy. Going by the latest development, the first prototype of the Brahmos-NG, a lighter sleeker variant of the Indo-Russian cruise missile, will be fielded in 2024. The NG or next generation will mark a quantum jump in the offensive abilities of the Indian armed forces. The five-metre-long, 50-centimetre-thick, and 1.5 ton Brahmod-NG is half the dimensions of the Brahmos missiles currently in service today with the Indian Air Force (IAF), Army, and the Navy.

Initially, Russia supplied 65% of the BrahMos’ components, including its ramjet engine and radar seeker. Currently 65% of the missile is manufactured in India and there are plans to increase this to 85%. India and Russia intend to make 2,000 BrahMos supersonic cruise missiles over the next ten years through their joint venture company, and nearly 50% of them are expected to be exported to friendly countries.

Prime Minister Narendra Modi recently inaugurated a factory that will manufacture modernised versions of the Kalashnikov rifle at the Korwa Ordnance Factory in Kauhar, Amethi, Uttar Pradesh. A shining example of Make in India, the joint venture Indo-Russia Rifles Private Limited–established between the Ordnance Factory Board (OFB), Kalashnikov Concern, and Rosoboronexport, the Russian state agency for military exports–is considered a milestone in Indo- Russian defence cooperation which will give a tremendous boost to the Uttar Pradesh Defence Corridor Project.

The Ordnance Factory Board in Amethi will produce AK–203, the latest derivative of legendary AK-47 rifle. The guns would replace the existing India-made INSAS assault rifles used by the Army, Air Force, and Navy. The rifle manufacturing project, worth around Rs 12,000 crores, came into being after India signed a deal with Russia to manufacture 750,000 of these assault rifles.

The S-400 Triumph, previously known as the S-300PMU-3, is an anti-aircraft weapon system developed by Russia’s Almaz Central Design Bureau as an upgrade of the S-300 family, in the 1990s. It has been in service with the Russian Armed Forces since 2007. S-400 has been described as “one of the best air-defence systems currently made” by economists.

On 15 October 2016 during the BRICS Summit, India and Russia signed an Inter-governmental Agreement (IGA) for the supply of five S-400 regiments. The deliveries are expected to commence in 24 months, by the end of 2020, by which the S-400 is expected to be inducted into Indian service. An advanced surface-to-air missile system, S-400 Triumph can shoot down hostile aircraft and ballistic missiles. It has an estimated range of 250 kms and a possible upgrade is speculated to extend it to 400 kms.