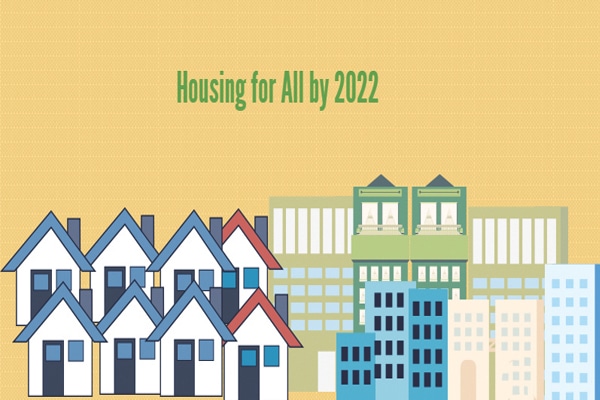 The Maharashtra Real Estate Regulatory Authority (MahaRERA) was constituted by the State Government for the development and regulation of the real estate sector and to safeguard the interest of the buyers. It is a matter of pride that MahaRERA, since its inception, has been delivering on the expectations of its stakeholders, says Gautam Chatterjee, Chairman, Maharashtra Real Estate Regulatory Authority (MahaRERA), in conversation with Harshal Desai of Elets News Network (ENN).

How is MahaRERA resolving disputes between buyers and sellers?

The Real Estate (Regulation and Development) Act, 2016 was enacted with some major objectives. The Parliament came up with this Act so that the interest of buyers can be protected. To understand the real objective of the Act, first we need to understand the challenges. Real estate is the second most important sector after agriculture which is generating employment and contributing majorly to the country’s GDP. However, the sector remained unregulated. When there are no regulations, problems like forgery and cheating, late delivery of homes, information asymmetry etc, arise. The Act is trying to achieve three main objectives:

For this, we have created a conciliation forum where both the parties involved sit across the table and resolve their differences. Representatives of Promoter’s body and Consumer’s body act as facilitators and we have created 15 benches for that purpose in Mumbai and Pune. The success rate in this process is close to 90 percent and that is so heartening. The idea is that the matter should not linger on in the court but get resolved by reaching a mutual understanding.

We have put all the MahaRERA registered projects on Google Map so that a person looking out for a home can look at all the options before making an informed choice. The credentials of the builder can also be seen in the public domain. Information like how many flats sold, the amenities that the builder is providing in a project are available for all to see. These things help a consumer to decide on a project he is interested in. Before this Act, people were dependent on word-of- mouth publicity. Now everything is available online. This transparency is a game changer.

MahaRERA has tried to implement the Act in its letter and spirit and taken it forward for the well being of the customers.

What are the main reasons behind MahaRERA’s success?

We have complete clarity in our approach. A dedicated team of 35 people are managing more than 40,000 cases of project’s registration, agent’s registration and complaints, all put together. We have been able to do it with the robust use of our digital platform and our team of MahaOnline, our IT partner and KPMG, our knowledge partner. We firmly believe in promptness of service.

How have you made the most of the available Information Technology and Communication (ICT) tools to strengthen the MahaRERA platform? Which organisations are working with you?

First, we had to finalise the draft rules announced by the Government by hearing the objections and suggestions to the draft rules. After going through the process, I gave my recommendations to the Government. When I was appointed interim regulator, we had only four months before the actual implementation of this Act began. The Hon’ble CM had made it amply clear that MahaRERA should operate on a digital platform right from day one. We worked with MahaOnline which is a Government of Maharashtra and TCS Joint Venture organization. It was found to be the most suited organisation to put our whole digital strategy in place. KPMG, which was working with the Housing Department, became our knowledge partner. On the midnight of 30th April, 2017 we were able to roll out our digital initiatives.

What kind of support have you received from the State Government?

They not only gave us a free hand in setting up and operationalizing MahaRERA but supported us at every step. I handpicked my team which is fully dedicated. Some of them have worked with me earlier too. The support of Hon’ble Chief Minister of Maharashtra and Hon’ble Minister of Housing has been tremendous.

What challenges did you face while implementing the Act in the state?

The first challenge was from the builders who challenged the Act in the High Court. The court ruled it in our favour. Another challenge has been to get the stalled projects completed. Challenges are part of any venture. We at MahaRERA are making sincere efforts to overcome the challenges in the best possible manner.

What public awareness campaigns are you running to make people aware about the MahaRERA?

Creating awareness among the stakeholders is one of our key focus areas. Today, the total number of projects and agents registrations has reached 32,000. We helped in making the promoters realise that registration is necessary, as we would give all the information to general public which is their objective too. We held a lot of meetings with all stakeholders and attended many seminars pan- Maharashtra. All the information is available on the website and there is a helpdesk as well. We have set up offices in Nagpur and Pune also.

How has been the response from the developers and associations?

The response has been very good, I must say. We do keep getting constructive suggestions, which we try to act on. Criticism, if any, is taken in good spirit and efforts are made to improve in the areas pointed out.