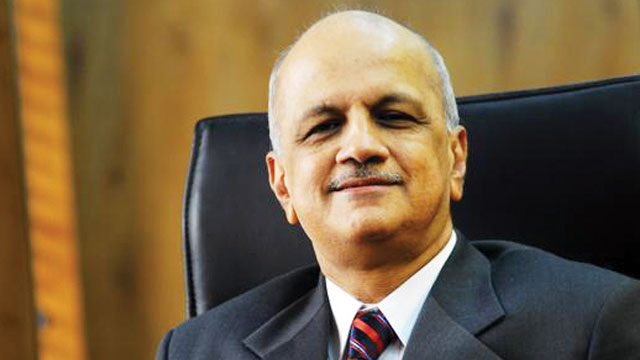 We have young and inquisitive mind in abundance, and we have an industry that is equipped well with the latest in the tech world; it’s time to combine the two, says President, NASSCOM R Chandrashekhar

Present times are the times of democratisation of technology. Technologies hitherto alien to the country register their advent, and prove their relevance by percolating down to the lowest strata of the society.
Mobile telephony is one of the best examples of technology democratisation in India: right since its advent, the cost of usage has kept dropping dramatically from the level of about 30 rupees a minute to 30 paise a minute. And, so did the cost of devices that came substantially down, and today one can get handset devices for a thousand rupees.

Talking about handheld devices, a tablet like Akash is available for 50 dollars. The point is that all of these have lowered the cost to a level where even in a country like India, which is not that developed economically, is beginning to make financial sense in terms of what is the value being delivered and at what cost.
Using these devices, one can access various kinds of services that are basic to life — be it good quality of education or reasonable level of health services. I have been long enough in the government to know that this is not going to happen by government programmes alone; it can happen only through a paradigm shift in the way we do things today.

But while defining that paradigm shift and the linkage between democratisation of technology and cloud technologies, one needs to look at not only the government but also how the Indian industry has grown today. We have an industry which has a USD120 billion turnover today. It is still growing at 15 percent where the domestic economy is growing at below five percent, global economy at below four percent, resurgent US economy below four percent and even global outsourcing economy is in the range of seven to eight percent. So, we have a really strong IT industry, and which today commands a 52 percent of the market share globally.

The even more exciting part is the emergence of a whole setup of startups and innovative segment of the industry. Today, that portion accounts for less than 10 percent of the revenues of this industry, but in fact constitutes over 90 percent of the number of companies operating in this sector.

And, behind those companies are some bright and smart young people, who come across numerous day-to-day problems and look for innovative solutions to them. They offer a unique window of opportunity for the country to evolve a fix for a lot of these problems in a manner which will both solve the problems as well as launch us into a different orbit in terms of being a provider for such solutions. A lot of such things can be put together in a manner that makes sense. The cloud offers a unique opportunity to do that.

At the same time, there are a certain set of concerns which is where government should focus on and be able to come out with policies which will enable the vast amount of innovative and technical capabilities being built in India by people whose biggest problem today is that they do not have a market. They can see the problems, they can see the solutions, they can see the revenues and they can see that people are prepared to pay for it; but they have no way to connect to that, as that can be done only through a forward looking government policy. And that is one of our recommendations to the government in terms of what can be done by them to make India the Digital India that has been talked about.

But there are concerns with regard to privacy. From the government’s point of view, it has the responsibility for the data. In any case, a distinction has to be made between the kind of information and the kind of responsibility which the government bears. So, finding the right balance between the quantum of security or privacy that is required for the data to be controlled and tracked is important. It really doesn’t matter whether the data is sitting inside a government cloud or somewhere else; it can actually be sitting anywhere because the intent is to make it available.

“We have an industry which has a $120 billion turnover today. It is still growing at 15 percent where the domestic economy is growing at below 5%, global economy at below 4% and a resurgent US economy below 4% …we have a strong IT industry“

We have a law which says we have the Right to Education, and therefore, any information or content which is created under it can be located anywhere. Once the services are available across the globe, it does not have to be under the gov ernment or anywhere in the country either. Without discriminating, we should see which services can be directly opened up for innovation in the private sector.

One example of the key changes that we have been seeing in the last couple of years is that there has been a much greater democratisation of politics in general. When I say that I do not mean only political politics, I mean the whole basis of mobilising people around any cause, be it social cause or political cause. And the user of social media in that sense has become the key aspect of it. In the run-up to the elections, we saw how the social media has become a major tool in political mobilisation.

But the question is, can it stop with social mobilisation and political mobilisation, or does it have to become a part of governance itself. And, how do you enable citizens who demand and want to be more engaged in the government, to be a part of that by creating such an engagement platform? Again, these are the areas where the innovative capability, technology and the cloud can actually enable a lot of these solutions to come up.

And for this, they do not need to go through the conventional route in which government thinks of a project, architects a project, and then goes through a very complicated process of inviting RFPs before the final execution. Today, our industry is fully capable of playing the enabler in these areas. All we need to do is to find out a way to harness it, as even the government doesn’t necessarily have to pay for it these days.