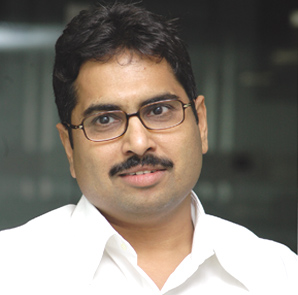 Do you know what differentiates a leader to an also-ran in the dominant countries race? How is that the economic strength of the Nations is so closely intertwined with their ability to innovate and find out of box solutions to the problems they face. If one glances at the list, it doesn’t require an eye of a genius to conclude that Nations that prospered are the one’s who had the handle on the technology. These Nations continued to innovate and advance on the technological value chain and those who didn’t fell by the wayside. It would really amaze our ancestors if they had some tool to look at the vast array of inventions and advances in technology that the human race has made over the last century or so. It’s been a remarkable journey and the Nations that contributed maximum innovations and inventions are the ones that top the current global economic charts and no prize for guessing that the same trends would continue in these sweepstakes in future as well.

The Evolution of Thought
If one narrows the focus only around the Information and Communications related technologies and formulate the argument around it, the story looks more convincing. From a humble vacuum tube to amplify an electromagnetic signal in early twentieth century to the present day Silicon Chip with Billion such devices, this journey has been arduous and is the result of relentless and coordinated efforts of many brilliant and inquisitive minds that have brought us to where we are. Great Age of Innovation This evolution though has been very quick and dramatic and has happened at exponential speeds. Every such invention has drawn from preceding breakthroughs. If invention of solid state transistors was a leapfrog development over a vacuum tube, the semiconductor revolution to mount these transistors along with other such devices on the chips in what we call them as Integrated Circuits now was a much bigger draw.

The invention of Optical Fibers, the communication pipe of the world and the myriad developments around it has also been momentous. This in conjunction with the ability to put satellites into the orbit and provide round the clock exchange of data and bytes have transformed the world magically. Every such discovery and innovation has set in a chain reaction with improvements and improvisations at the speed of knots very aptly theorized as Moore’s law. If Hardware was improving on the one hand, development of software to run it was growing equally phenomenally. The electronics revolution has surpassed all other earlier revolutions in size, scale and impact. It’s becoming  even more difficult to fathom where this is going to lead us to. The situation now is that the Country that led the Electronics revolution is now the only Super Power in the world. Significant efforts done by the Bell Laboratories in the major part of the twentieth century and Silicon Valley in the later part have catapulted US to its global economic status. All this, though, has not happened by chance, behind this stupendous success was the ecosystem which prided in spawning and cultivating innovation cycles with the lead role played by academic institutions which worked in close collaboration with the Industry and their profit motives.

No matter how hard the orthodox socialists denounce capitalism, it was the competitive race driven by the profit motives of the mega corporates that produced astounding results. The University system also attracted the best talent from all over the world and kept pace with the efforts on the other side feeding innovations and inventions, which were then converted by market as commercial business ideas. This has been one of the history’s greatest collaboration between Science, Business and Society. This was also ably supported by the state sponsored research efforts. Such support is always critical to development of newer capital- intensive technologies, which with massive failure rates, businesses can ill afford. In the nutshell, this has been a model that thrived on individual and collective quest for excellence and has produced remarkable results for the growth of science and most importantly technologies that have immensely improved the quality of lives.

What Can India Do?
The question that begs our attention is what as a Nation India should do to learn from this experience. How do we improve our higher educational system to usher in Innovation & Invention culture? As a country resident to one sixth of the humanity, how is that we can’t find our names in global echelons of research be that in the form of a Nobel Prize or a patent or a scientific paper, to say the least. Although IITs are a huge supply source to the global technology factory, why is it that the research culture is so poor in our Institutions? Why is Industry averse to funding quality R&D and not able to proliferate ‘Made in India’ brand when smaller countries like South Korea have been able to create major brands and world beating products. Would we see a software company come out of the current software service based mental frame to create world-class products and gain global valuations to compete with the likes of Google and Facebook.

All this can happen only if completely overhaul our attitudes, approach and focus in higher education and bring back the culture of inquisitiveness and enquiry that prevailed in our University System way back during the times of Nalanda and Taxila. Coming to the corporate funding on R&D, which still is very low in our country, a huge market in India would have to drive this change. The key issue for success is that, instead of asking corporates to ‘fund research and innovation’ for the sake of altruism or philanthropy, we must be able to take action from a profit-generating standpoint. Only then will we manage to maximize social impact transcending the notions of corporate social responsibility, as we understand it today. Let’s face it, the Nations that believe in change, change better and then reap the harvest. What we need is an intuitive understanding in which clashing or compatible personalities combine to foster intensely creative collaborations.