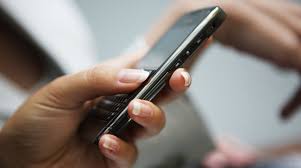 Many of the service providers have reiterated their stand of Bill and Keep for SMS termination charge as they have submitted in their comments on the consultation paper dated 27.04.2012.

According to these large TSPs, the smaller operators are selling bulk SMSs to the telemarketers at comparatively cheap price and the revenue earned by them through the sale of bulk SMS is primarily because they are able to send large number of transactional and promotional SMS to the subscribers of other networks.

In order to create certainty in the market, exigencies created by certain dominant players and in order to protect the interests of the consumers, submission of some of the service providers that as per Hon’ble TDSAT order, SMS Termination Charges should be cost based and work done principle, the Authority has prescribed cost based SMS termination charge as Rs 0.02 (Paise 2 only) per SMS.

While doing this exercise, the Authority has observed that apart from promotional SMSs, there is a large traffic imbalance between different networks on account of transactional SMSs also.

The Authority had earlier prescribed a promotional SMS charge of Rs 0.05 on promotional SMS sent by registered telemarketer in the seventh amendment to Telecom Commercial Communications Customer Preference Regulations, 2010.