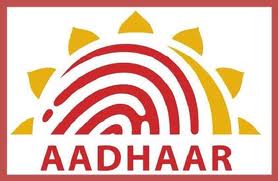 In response to an RTI inquiry the Unique Identification Authority of India (UIDAI) has stated that it is probing several complaints of misuse of personal data and duplication of cards while issuing ‘Aadhaar’ numbers to individuals.

Out of these, four were sent to concerned authorities in Delhi and one each to registrars in Maharashtra and Karnataka.

It said that UIDAI had also received “one complaint of alleged duplication of Aadhaar card. Since it is related to some other residents, it cannot be shared”.

The complaints cite the possibility of vulnerability in collection of individual data for the country’s ambitious programme.

UIDAI said it had framed information security policy and other guidelines to ensure safety of individual data being collected in the form of security handbook.

It has, however, received “nil complaints of fake Aadhaar numbers or cards”.

UIDAI is mandated to issue every citizen a 12-digit unique identification number linked to the resident’s demographic and biometric information, which they can use to identify themselves anywhere in India, and to access a host of benefits and services.