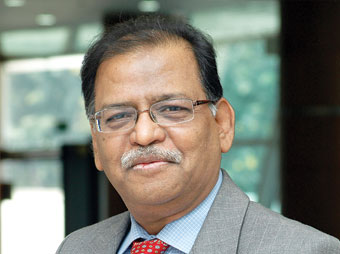 The increasing use of ICT in governance is going to change the way governments conduct   business like never before. Starting from the establishment of NIC and creation of NICNET, we are now in the implementation phase of the National e-Governance Plan (NeGP) that was finalised following concerted efforts at multiple levels of governments. It is in large part due to the NeGP that ICT in government is moving beyond just purchase of computers, and government departments are increasingly adopting ERP-type applications, covering the whole gamut of functions and services.

19 states are today at a stage where they have either fully or almost fully operational State Wide Area Networks. Data centres have also been commissioned in more than 15 states. In India today, every state is onboard the e-Governance platform, albeit individual states might be at different levels of readiness in terms of infrastructure and services available online.

Gujarat has been an early mover in adopting ICT for governance. We setup GSWAN in 2001 while some states are only starting the process now. In addition to the GSWAN network, there is a intranet called eGram, which provides Broadband connectivity to 18,000 Gram Panchayats. We are now in the process of connecting the two intranets. The only hitch is that these are two Closed User Groups (CUGs), and a licence is required from the Government of India for connecting the two. We are now waiting for the licence to come through. Once integrated, the common intranet would be one of the world’s largest such networks and will  have around 50,000 nodes. We have also raised the available bandwidth to 54 mbps from  state level to district level and 10 mbps for district level to taluka level. The physical  constraints to online service delivery have been removed, by and large. Our data centre is similarly well-equipped to cater to existing and emerging needs of Departments.

The other part of e-Governance is developing appropriate applications for service delivery  online. In this domain, the challenges are even stronger as a whole lot of cultural  and administrative issues are involved; issues of turf, power, authority – all crop up. India is  still governed by the system initiated at the time of Sher Shah Suri and later imbibed by the  British. Adopting modern technology to work such an old system is no easy task.

In the coming days, Social Media is going to be a gamechanger. With the advent of Web 2.0,  we are now talking of Gov 2.0, which is the governance paradigm where governmentpeople relations and interactions would be totally transformed. Social media platforms such as  facebook, twitter, myspace have such large user bases that they cannot be ignored. In recent  times, uprisings in the Arab world, the London riots and the Occupy Wall Street movement all  made extensive use of social media to scale up exponentially in a matter of days.  Governments are now coming out with citizen engagement frameworks to communicate with  constituents in a unified, strategic manner, and the impact of social media is only going to grow in the days to come.