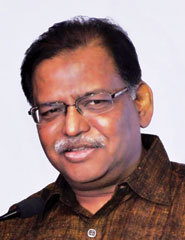 Winston Churchill has famously said, “Attitude is a little thing that makes a big difference”. The Gujarati attitude of seeing possibilities where others might see difficulties is best exemplified by two of the greatest sons of India – the first son played a leading role in galvanising the nation against foreign rule and the other helped transform our centuries-old culturally united social structure into a vibrant and modern nation-state. The Gujarati trait of always being willing to turn a challenge into an opportunity has thrown up entrepreneurs par excellence, and the Gujarati entrepreneur has been a true standard bearer of the message of vasudhaiva kutumbakam espoused in the Hitopadesha. To the Gujarati, the whole world is the karmabhoomi, and hardly any outpost of the world has remained untouched by the spirit of Gujarat.

Mahatma Gandhi has prescribed a simple test to resolve a dilemma – he said that when faced with a dilemma, we should think of the antyodaya and the likely impact of our actions on such people. Set up with this ideal, the Public Distribution System was visualised as a vital social security mechanism for providing succour to the poor. Unfortunately, the PDS has become notorious for leakages and corruption. It has become a mechanism for cheating the poor out of their entitlements, meagre as they are. Gujarat has adopted ICT in a bid to reform the PDS and our model has been commended for emulation across India by the Hon’ble Supreme Court. The eGram project, as Additional Chief Secretary (Panchayats and Rural Housing), R M Patel, said, in one of his interviews, has the potential of realising Gandhiji’s vision of Gram Swaraj. The 108 EMRI service has successfully handled 16,500 deliveries inside the ambulances and over 6,000 on-site, and has facilitated scores of institutional deliveries. eMamta has been such a success that it is now being replicated nationally as the Mother and Child Tracking System. The CMO initiative, SWAGAT, which uses ICT to address citizen’s grievances in a time-bound manner, has now been rolled out from the village level onwards. In primary education, state-of-the art facilities at BISAG are used for transmitting quality programmes for school children over the ku-band.

Gujarat has shown that the power of technology can be harnessed to act as a force multiplier and help the state in surmounting limitations of resources, infrastructure and manpower. Imbued with the same can-do spirit, as any average citizen of this extraordinary state, the Government of Gujarat has emerged as one of world’s leading practitioners of e-governance. The state has shown how modern tools of information and communication technology can help bridge many of the divides that plague Indian society. ICT can provide governance that is citizen-oriented, responsive and full of empathy.

As Voltaire said, “God has given us the gift of life, but it is up to us to give ourselves the gift of living well.” In a large, populous and geographically diverse state like Gujarat, governance will always be challenging. By forging an alliance with technology, and by doing so in a well-thought-out and strategic manner, the state administration is trying to secure the gift of a good life to all residents of Gujarat.

Having recently celebrated the Golden Jubilee of our statehood, we are now gradually building up a musical symphony that will reach its crescendo at the Vibrant Gujarat 2013. As part of this build-up, it is our pleasure to host eIndia 2011 – India’s largest ICT event showcasing the power of technology for development. With the hope that the Conclave will help in furthering the cause of citizen-centric governance, I present this special commemorative issue to you.