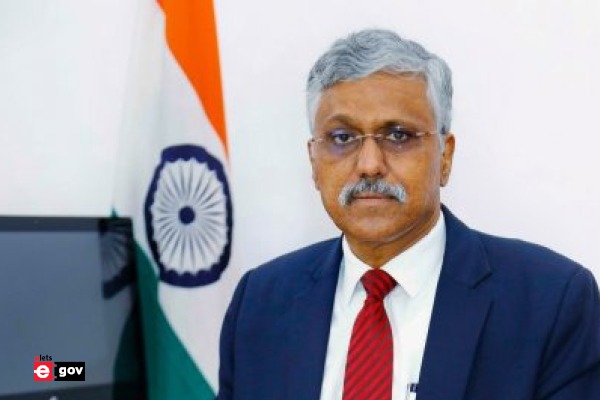 Giridhar Aramane, an IAS officer from the Andhra Pradesh cadre, took over as Defence Secretary on Tuesday. The newly appointed defence secretary laid a wreath at the National War Memorial in New Delhi before taking control, paying tribute to the fallen troops. He praised the heroic souls who gave their lives to protect the country.

“We draw inspiration from these Bravehearts and promise to work towards fulfilling their dream of making India a safe and prosperous country,” Aramane said during his visit to the National War Memorial.

Giridhar Aramane has 32 years of IAS experience and has held numerous major portfolios in both the Central and Andhra Pradesh governments. Before his present appointment, he served as Secretary in the Ministry of Road Transport and Highways.

Also Read | Rasika Chaube to take over as Financial Adviser, Ministry of Defence

He has also worked in the Andhra Pradesh government as Principal Secretary in the Urban Development Department, Managing Director of the AP State Finance Corporation, and Secretary (the Finance Department). He was also the Collector and DM of the districts of Chittoor and Khammam.

He has done B. Tech in Civil Engineering from Jawaharlal Nehru Technological University in Hyderabad and M Tech from the Indian Institute of Technology in Madras. He also holds an MA in Economics from Kakatiya University in Warangal.

97% of phones used in India are manufactured in the country: MoS IT Rajeev Chandrasekhar