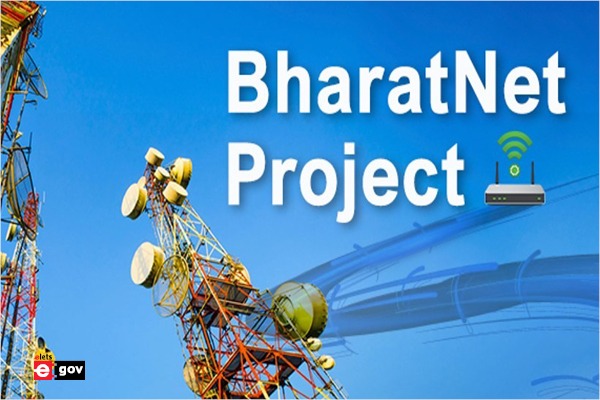 To create a highway of connectivity for the villages and remote areas of the nation, the Government of India with the help of the Department of Telecommunications (DoT), is implementing the BharatNet project to offer the last mile connectivity to all Gram Panchayats of the country.

This effort is in line with the government’s objective, which has been to develop a highway of connectivity for the country’s remote and rural areas.

Rajeev Chandrasekhar, the Union Minister for Electronics & Information Technology, responded to a question in the Lok Sabha regarding the scheme during the Monsoon Session of the Parliament by stating that Common Service Centres (CSC) e-Governance Services India Limited -a Special Purpose Vehicle (CSC-SPV) had been tasked with providing the last mile connectivity through one WiFi access point and five Fiber To The Home (FTTH), in approximately 77,115 gram panchayats, as part of the BharatNet project.

According to reports, 85717 WiFi access points and 126301 FTTH connections have been installed in these gram panchayats till date.

Besides, the objective of BharatNet is to create a highly scalable network infrastructure that can be used to provide on-demand, affordable broadband connectivity for all households of 2 Megabits per second (Mbps) to 20 Mbps, as well as on-demand capacity for all institutions, in collaboration with the states and the private sector.

Further, BharatNet’s goal to provide high-speed broadband connectivity to more than 250,000 village panchayats spread across India’s 6,600 blocks and 640 districts has the potential to transform rural India.

Additionally, it serves as a middle-mile network between blocks and panchayats, allowing Internet Service Providers (ISPs), local cable operators, and other agencies to use its bandwidth and incremental fibre.

Brad Smith mentioned that rural broadband is ‘the electricity of the 21st century,’ in his 2019 book “Tools and Weapons: The Promise and the Peril of the Digital Age”, which is accurate, considering the speed at which the entire world is going digital.

India has quickly adapted its means to becoming ‘Digital India’ from cities to villages, including remote corners of the country. India has done this in tandem with the rest of the world.

Furthermore, at the primary level of village administration, the scheme will make it easier to access e-governance, telemedicine, e-education, and other digital services.

As per reports, the project was expanded in 2017 to provide last-mile connectivity, by setting up WiFi hotspots in villages.

Additionally, the government had launched the BastarNet for a Digital Impact Project for seven districts of the main tribal region of the Bastar division. The project has increased Chhattisgarh’s tele-density, which has directly contributed to the economic development and micro-enterprises growth in the region.

Whereas, the Universal Service Obligation Fund (USOF), which was established for enhancing telecom services in the nation’s rural and remote areas, is providing funding for the BharatNet project.

The Modi government’s Digital India plan, which seeks to “transform India into a digitally empowered society and knowledge economy” claims the scheme to be the largest rural connectivity programme in the world.