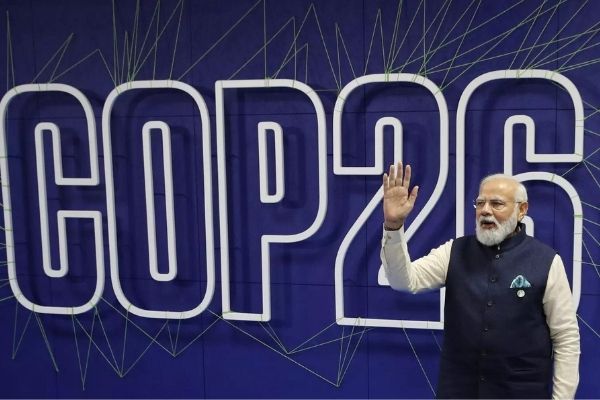 With the recent announcement on new climate targets by the Prime Minister at COP26 under the ‘Panchamrit Strategy’, India has taken a big step towards cementing its commitment to clean energy. Since coal has to play a role of primary fuel for power generation in our country for the time being, till renewable source fully caters to our energy demand, the Ministry of Coal, in line with the commitment, has already moved forward with a comprehensive Sustainable Development Plan. Action has already started for its speedy implementation. Emphasis is to put a major thrust on Sustainable Development in coal mining, taking care of its environmental and social impact.

A full-fledged Sustainable Development Cell (SDC) in the Ministry of Coal has been established to advise, mentor and plan action to minimise the adverse impact of mining. Apart from suggesting a way forward, its implementation and monitoring, SDC is also formulating a future policy framework for environmental mitigation in the Coal and Lignite sector of our country. Extensive work by Coal India Ltd. (CIL) and its subsidiaries along with Singareni Coal Company Ltd. (SCCL) & NLC India Ltd. (NLCIL) has already started, the effect of which could now be seen in some of these mining companies.

In line with the commitment of our country to reduce the total projected carbon emissions by one billion tonnes from now onwards till 2030, Bio-Reclamation of mined-out land has already been taken up on a big scale by all coal companies through a massive tree plantation drive. In the next five years target is to cover more than 12000 hectares of land for plantation which will help in having carbon sink potential to the tune of more than one lakh tonne per annum. Monitoring of such efforts is being done through remote sensing.

In order to contribute to our commitment to increasing, non-fossil energy capacity to 500GW by 2030, Coal & Lignite companies have planned to install an additional 5560 MW of renewable capacity with an investment of over Rs. 15000 Crores. This will take the total installed capacity to 7 GW. Coal India alone has planned to install 3 GW of solar power in the next five years to achieve its net-zero target.

First Mile Connectivity (FMC) is another major initiative by coal companies to minimise environmental pollution, where coal is being transported through a conveyor belt from Coal Handling Plants to Silo for loading. This process eliminates the movement of coal through the road. Taking a big step, 39 such projects have been planned to be commissioned by 2023-24 with an investment of over Rs. 13000 Cr. CIL alone will enhance its mechanical loading and transport of coal from the present level of 120 million tonnes to 565 million tonnes by 2023-24. These FMC projects will save diesel worth Rs.2100 crores per annum. There will be a reduction in vehicle density by 2770 trucks per hour paving the way for a significant reduction in carbon emission.

Similarly, Surface Coal Gasification Projects have been planned for Syn Gas production to be used further either for production of Methanol/Ethanol, Urea or Petrochemicals. This will be a way forward for use of dry fuel as green coal with a relatively lesser carbon footprint and environmental pollution. One such CIL JV project of 2.5 MTPA capacity is already in operation in Talcher Coalfield in Odisha. The other five projects with an investment of about Rs.30,000 Cr is under formulation by different Subsidiaries of CIL.

The use of LNG to substitute diesel consumption in mining and coal transport equipment has also been planned on a massive scale. A pilot project has been initiated in one of the coal companies. This technology will be replicated shortly in coal transporting dumpers in the first phase for a substantial reduction in carbon footprint.

On the social front, priority has been given to the gainful utilisation of Mine Water for irrigation and providing treated water for drinking to the rural populations in and around the command area of mining subsidiaries of CIL, SCCL & NLCIL. The huge volume of mine water released during mining operation is partially utilised for internal consumption in mining areas for providing drinking water in the colony, dust suppression etc. Some of the subsidiaries of CIL are already providing mine water for irrigation purposes and drinking water to nearby villages. The target is to provide 4600 lakh cubic meters of mine water for drinking and irrigation purposes to adjoining villages in the next five years. This will cover a rural population of 16.5 lakh with an irrigable potential of around 3.4 Lakh acres of rural land.

On showcasing the clean environment front, 12 new Eco-Parks in the mining area are under different stages of development in all the subsidiaries of CIL, SCCL & NLCIL and will be completed by next year. WCL has already developed a huge Eco-Park in its mining area near Nagpur and is running Eco-Mine Tourism Circuit, a first of its kind in India, in collaboration with MTDC where people visit mining operations of both Opencast & Underground Mine. On a similar pattern, Eco-Mine Tourism Circuit is going to start shortly in different coal companies with an investment of over Rs. 100 crores to showcase efforts made by coal companies in environmental protection. Bamboo plantation along coal transport roads and on the edges of mines will help in minimising dust pollution.

Extraction of sand from the Over Burden (OB) dump for use in construction is another unique initiative for sustainable development. This will not only help in the availability of cheaper sand to masses for house and other construction but will also minimise the land required for OB dump in future projects. Such effort has already started in WCL, where sand produced through a large Sand Processing Plant is being used for low-cost housing schemes under PradhanMantriAavasYojana (PMAY) and also for construction by other Govt. & Private Agencies. Sand Plants contributing over 1.3 crore cubic meters in the next five years are being erected in different coal and lignite companies.

In addition to this, Energy Efficiency Measures are also being taken for a reduction in carbon footprint. New environment-friendly mining equipment has been introduced on a mass scale by different coal companies to mitigate the impact of carbon emissions.

All these activities will pave the way in the coming five years for benchmarking a better Sustainable Development effort by Coal Industry on the Economic, Environmental and Social front and also in line with the commitment made in COP26.