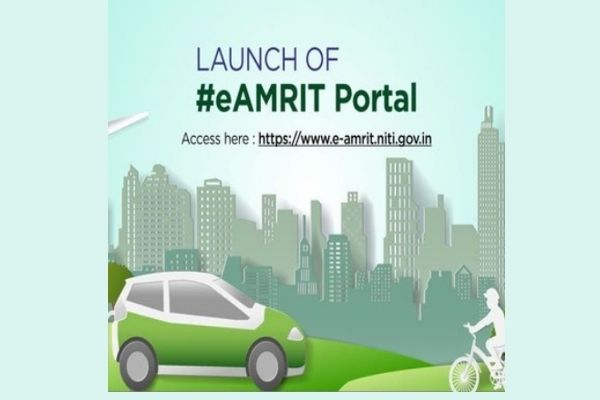 The Government of India launched the E-Amrit portal at the ongoing United Nations Conference of Parties (COP) 26 in Glasgow. According to a statement from NITI Aayog, the E-Amrit web portal will be a single window for all EV-related information such as their purchase, subsidies, policies, etc.

The portal will also pose as a medium to spread a word of awareness among the people on the government’s initiatives, policies and subsidies for the adoption on EVs. Also, it will sensitise people on the benefits of using EVs. However, NITI Aayog is looking to add more features to the portal and introduce innovative tools to make it more interactive for the users.

The E-Amrit portal has been developed by NITI Aayog under a collaborative knowledge exchange programme with the Government of UK. Therefore, the project is a part of the UK-India Joint Roadmap 2030 which was signed by the Prime Ministers of the two nations. UK High-Level Climate Action Champion Nigel Topping and NITI Aayog Adviser Sudhendu Jyoti Sinha were present while the launching of the web portal.

The Indian government has proactively taken several initiatives to promote the adoption of EVs among people in recent years. Some of the schemes like FAME and PLI have played a key role in boosting the growth of the EV sector in the country.

On the lines of the Centre, states in India have rolled out their own EV policies announcing subsidies and various exemptions including exemption from road tax and registration fee to promote the shift to EVs. The national capital can be cited as an example where the EV policy has seen a good response from the people and witnessed an uptick in the registration of electric vehicles in a few months.