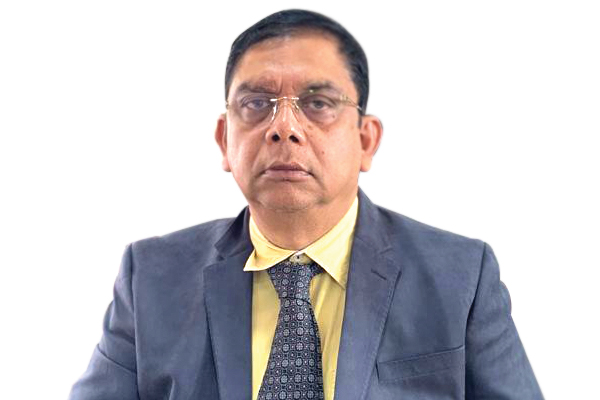 Coronavirus outbreak has certainly been the cause of hardships for governments worldwide and one of the major challenges the countries are facing. The pandemic has hit hard on to business resulting in a significant slump in the economy. Lockdowns caused due to the COVID outbreak in India has brought development works, private firms, travel & tourism, construction and other businesses at a grinding halt.

On the contrary, this has also given a window to civic bodies to work on structural reforms and enhance their service delivery, especially considering the sudden boost in technology which has posed as an ultimate resort in these hard times. Considering the fact, many civic bodies resume certain development works following the announcement by the Centre including a few relaxations amidst the lockdown. Therefore, it can be inferred that in the past two months the course of action of the civic bodies has seen a drastic change. Highlighting about the functioning of GMDA amidst the lockdown, Moloy Bora, CEO, Guwahati Metropolitan Development Authority (GMDA), Government of Assam interacted with Elets Technomedia in an interview with Nisha Samant, edited by Adarsh Som of Elets Technomedia.

Following the Centre’s announcement on relaxations amidst the lockdown, what are the development works resumed in Guwahati?

The GMDA is an essential department, considering the fact, there was no complete shutdown for the authority even during the lockdown. Our engineers have continued to work during that period. However, following the relaxations by the Centre, the works were upscaled. After the relaxations were announced, the important works taken up on the priority basis is the expansion of drinking water project in Guwahati, cleaning of the water bodies to prevent urban floods and to remove garbage & sludge from the water bodies.

Following the loss of jobs due to lockdown, many labourers have reverse migrated to their home towns. What are the challenges faced by GMDA and what measures are being taken to normalize the situation?

The issue of migrant labourers has been a challenge for the civic bodies across the country. Also, for the migrants, the lockdown has been hard-hitting. Considering GMDA, the complete information on the migrant labourers will be processed after coordinating with the authorities who will be quarantining the migrants as a prevention from the transmission of COVID-19. Following the process, we will contact the contractors who are taking civil works, activities with the list of the workers in an attempt that the workers get employment opportunities in the city.

Do you think lockdown is an opportunity for the authority to bring in infrastructural reforms and strengthen the existing infrastructure in the city?

Infrastructural reforms have already been initiated in GMDA in the form of having an IT-based MIS System for works and projects. However, following the COVID-19 outbreak, we have enhanced monitoring through the IT-based MIS system. Also, cameras will be placed for monitoring purposes, especially for the works on de-silting and cleaning of water bodies so that the activities can be monitored electronically without the engineers going to the site. Moreover, in this manner, we are ensuring that social distancing is being followed.

GMDA engineers have continued to work during the lockdown period, as well. However, following the relaxations by the Centre, the works were upscaled. After the relaxations were announced, the important works taken up on the priority basis are the expansion of drinking water project in Guwahati, cleaning of the water bodies to prevent urban floods and to remove garbage & sludge from the water bodies.

How has the works for restoration of water bodies bodies affected by the COVID-19 crisis?

How is GMDA working in making Guwahati a more liveable city?

Several agencies like the Guwahati Municipal Corporation (GMC), Public Works Department (PWD), Guwahati Metropolitan Development Authority (GMDA), Water Resources Department, Guwahati Smart City Limited and more are working in coordination with each other to make Guwahati more liveable. The mandate of GMDA is to prepare the Master Plan for the same. The Guwahati Building Construction (Regulation) Bye-laws, 2014 has been suitably amended recently on May 5, 2020, to remove the bottleneck that existed before. The Master Plan amended is in the drafting phase and will be finalized soon. It will bring about newly planned areas to be developed on both sides of the Brahmaputra river flowing through the city.

Also Read: Local Economic Development of North East in the context of COVID19

Do you think that SDGs have been compromised to a certain extent due to the COVID situation? How is GMDA contributing to achieving SDGs in Guwahati?

The Sustainable Development Goals (SDGs) have not been affected due to the COVID-19 situation. On the contrary, because of the pandemic, GMDA is working towards bringing the sustainability in the city which is an important aspect of the SDGs. The collective efforts of the civic bodies are aimed at improving the city infra, services and facilities and are aimed at making the more liveable.