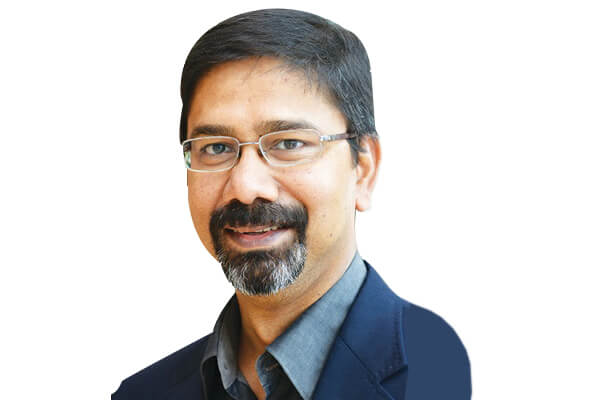 Despite facing some teething problems initially, the work on Smart Cities under the Government of India’s ‘Smart Cities Mission’ has picked up pace in Karnataka with a number of opportunities available for private sector to develop projects of different state departments in PPP mode. Karnataka being consistently ranked in the top 6-7 states in India in the Smart Cities progress, is ready to take the development of smart cities to the next level, says Anjum Parwez, Secretary, Urban Development Department, Government of Karnataka, in an interview with Krishna Chandra Mishra of Elets News Network (ENN).

What are the major initiatives planned by your department for the year 2020? 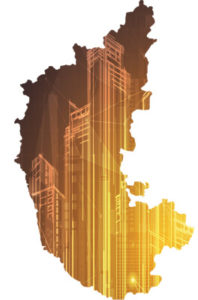 Our main focus in 2020 is going to be on solid waste management because the department feels that it is one area where our achievements do not commensurate with the kind of expectations we had as per the 2016 SWM Rule. There are still some gaps. We will need consolidated efforts to focus on those things. The efforts will be ranging from door-to-door collection mission, to segregation of waste at the source, followed by processing and disposal.

The second very important area we are going to be focusing on is how to reduce electricity consumption in water supply installations as well as UGD installations. In this area, we will do improvements on the escrow model bases, such as installing new pumping machinery.

Another major focus area will be the installation of energy saving streetlights. So, the LED is going to be adopted in a big way. In the next one year, we are trying to install LED streetlights in the entire state. In all the 279 Urban Local Bodies of Karnataka, the entire streetlight system will be converted to the LED system. We are already working in that direction.

“Every state in the country has its own financial constraints, but we are trying to adopt new technologies that can be used to provide services such as Faecal Sludge Management, which is one technology that can save a lot of money in sanitation work, especially for smaller Urban Local Bodies.”

These are some of the areas where we are trying to bridge the gap. In addition to that, the urban development schemes like Smart Cities Mission, AMRUT, and Swachh Bharat Mission will continue to run in parallel.

What are the challenges you see for the Urban Development Department as a whole?

The biggest challenge is the availability of fund itself. If you see the total requirement of fund in the water supply sector and UGD in Karnataka, it is to the tune of Rs. 28,000 to 29,000 crores if the Department wants to provide the water supply to the expected level covering the entire thing under the UGD.

Every state in the country has its own financial constraints, but we are trying to adopt new technologies that can be used to provide services such as Faecal Sludge Management, which is one technology that can save a lot of money in sanitation work, especially for smaller Urban Local Bodies.

Apart from these two major challenges that we are facing, another major challenge is ensuring the end-user corporation for the success of the waste management schemes. Cooperation of the people in implementing these schemes is extremely important. For example, in the area of waste segregation unless the end user is aware about the importance of segregating the waste at source the success of any scheme cannot be guaranteed.

We are working on creating awareness through campaigns to ensure that people are made aware about the importance of segregating waste and why it is good for the city area. The behavioural change has to be induced.

We have also launched a lot of paper advertisement campaigns and imposed a ban on the use of plastic. But still there are many places where plastic is coming from outside and many people are using it. Since a huge amount of money is involved in developing urban infrastructure, which is a big challenge at the moment, we are trying to create an impact through whatever funds are available to us.

Population influx is a major challenge for a city like Bangalore, how you are planning to tackle this challenge? 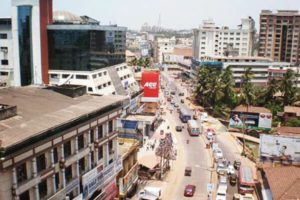 Karnataka is among the states where urbanisation is happening at very-very fast pace. For an instance, if you see Bengaluru itself, the annual population growth rate in the city is almost 4 and a half percent. However the trend is not unique to Bengaluru. If you go to any second tier city in Karnataka such as Hubballi-Dharwad, Mangalore, Mysore or Belgaon, everywhere people are migrating from the rural areas to urban areas. This could be because most of the employment is available in the urban areas and the rural economy has not been able to sustain the current level of rural population.

But the population migration to urban areas is posing a lot of challenges for us because it is causing the shortage of houses in cities and towns. To address this challenge, the Housing Department has been taking initiatives. For example in Bengaluru itself, we have taken an initiative to provide 100,000 houses to the weaker sections of the society who are houseless and don’t have any place to stay.

The second challenge that we are facing is the shortage of rental housing in the cities. We’re trying to find out how the slums can be redeveloped. We’re also working on the policy of the vertical development of slums so that more people coming to the cities can be accommodated here.

Another challenge that we are facing because of the influx of people is in the area of skill development. Majority of the people who are coming from rural areas are usually unskilled, but the urban areas in the state require skilled manpower.

The migration has also exerted a lot of pressure on the city infrastructure because whatever the water supply the UGDs established is not enough to tackle the kind of influx we are witnessing. We are making efforts in this area. For example, in the core city area where the pipelines are old we are replacing them.

Migration is also putting a lot of pressure on the traffic show. So, a lot of focus is on the development of an efficient transport system.

“We are now on track. Our expenditure is picking up. From an expenditure of less than Rs 100 crores last year, we have moved up to an expenditure of Rs. 900 crores this year. Almost all the projects are in the tender stage; a small number of projects is in DPR stage which we are actively pursuing.”

It is a challenging job because it’s like chasing a goal that keeps on shifting from time to time. But we have to continue making efforts as urbanisation process across the world is an unstoppable force and we have to keep on working to improve the quality of life in urban areas.

The Smart City Mission in India has gone through a lot of churning process. There were some teething problems initially; formation of SPV (Special Purpose Vehicle) was the biggest challenge, as it was an alien concept for the existing city corporations. Taking on board the Urban Local Bodies took some time initially. But it was, after all, for the benefit of the cities only. The appointment of Project Management Consultants (PMCs) was another big challenge. The requirement of PMCs increased suddenly by manifold. PMCs who were awarded work grappled with shortage of skilled manpower. Also, persons appointed under the initiative at times were not very willing to go to remote locations.

However, these were initial hiccups. We are now on track. Our expenditure is picking up. From an expenditure of less than Rs 100 crores last year, we have moved up to an expenditure of Rs. 900 crores this year. Almost all the projects are in the tender stage; a small number of projects is in DPR stage which we are actively pursuing.

I can say with confidence that Smart Cities are on the right track and Karnataka is doing very well. We are consistently being ranked in the top 6-7 states in India in the Smart Cities progress. In my tenure of the last two and a half year, we have come a long way in Smart Cities development and are ready to take it to the next level.

Please tell us about the investment opportunities in Private-Public Partnership (PPP) model?

PPP projects are coming in various fields. In the Health Department, there are plans to develop hospitals in PPP mode. In the infrastructure development sector, PPP is being promoted in a big way. As part of the Smart Cities Mission, we are focusing on many PPP projects in the Smart City space. Opportunities are available for private players for development of shopping malls and commercial complexes, multilevel car parking, installing LED lighting, etc. The cities have ample land availability with them to develop these projects. One such successful project of the development of shopping complex is going on in Mangalore. For the LED streetlights, we have adopted the escrow model. 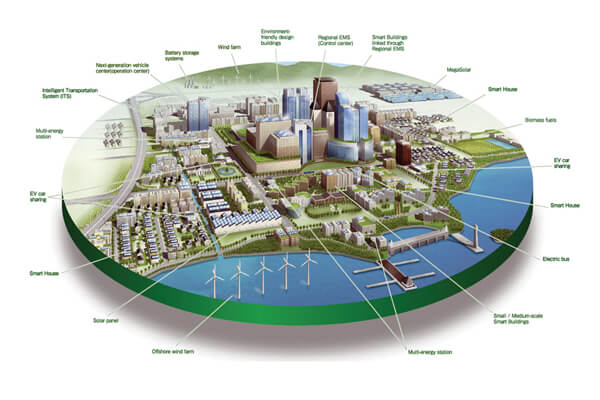 However, the Public-Private Partnership opportunities are not limited to the Urban Development Department only. Various other departments such as health, education, infrastructure, water supply, etc, have PPP opportunities available with them. For example, opportunities exist for private players in the sewage management as well. We are looking for investors who can treat the water at the tertiary level and supply it to the industry on the cost basis.

What is your message to the potential investors who are interested to invest in Karnataka in PPP mode projects?

Karnataka is an investor-friendly state. Our focus is to facilitate the process so that the people who are coming to Karnataka don’t face any inconvenience, irrespective of governments. If you see the trend of the past few years, when the Government of India took up the issue of Ease of Doing Business, the state government has also taken up a lot of initiatives to promote the Ease of Doing Business. Whether it is regarding granting permission from Urban Local Bodies or NoC from the Fire Department, or Clearance Certificate required for PPP projects, these processes are conducted seamlessly. In short, we offer a very conducive environment to work with us and don’t make the investors. I request investors across the country to visit Karnataka and work with us.

Karnataka is the education hub of the country. Specialised higher education institutes like medical colleges, management colleges, and engineering colleges are situated across the state, not only in Bengaluru but in other cities also like Hubbali-Dharwad, Belagavi, etc. The per capita investment of manpower would also be less in the state owing to easily available human resources.

Not only the Urban Development, but every other department is working with investors across the country, such as the Commerce & Industries Department. There are several advantages, including the pleasant climate, and I welcome you all to visit and invest in Karnataka.