With extensive use of Information and Communication Technology (ICT), monitoring of the registered projects is one big focus of Real Estate Regulatory Authority (RERA) followed by further reduction in the time taken in the disposal of cases and implementation of our orders, says Anthony de Sa, Chairman, RERA, Madhya Pradesh in an exclusive interview with Ritika Srivastava of Elets News Network (ENN).

Please share an overall brief on the working of RERA in Madhya Pradesh. How RERA was formed?

What are the objectives of RERA? We have been working closely with the State Government in Madhya Pradesh for two to three different objectives. While the primary objective is Affordable Housing, the second objective is overall balanced and appropriate urban development. Most of the real estate building activities are taking place in urban areas. The Government of Madhya Pradesh has recently launched the real estate policy. One of the aspects of the policy is a decision taken by the government across the board to reduce the collector rate, which I believe is called a circle rate in Maharashtra, by 20 percent.

Several path-breaking decisions have been taken in order to help the Centre and this is being done with RERA along with the state government.

What are the major projects or policies that have been identified in the Real Estate sector taken by the Madhya Pradesh government which have been felicitated the buyers in this sector?

The new Real Estate Policy has brought in great relief to buyers and sellers. After all, everyone is a stakeholder in this. It is not buyers versus sellers, but it is buyers and sellers who work together for the delivery of certain property.

Are there any schemes related to IT implementation in this department?

RERA in Madhya Pradesh is one of the leading authorities in the usage of IT in all its activities. The Act itself stipulates maximum utilisation of IT. Hence, we have prepared our software and for all the registration and monitoring purposes, we use ICT to the fullest. But RERA, Madhya Pradesh has gone one step further. We are using IT at the disposal of our complaint cases. Even in our court functions, we are using IT. 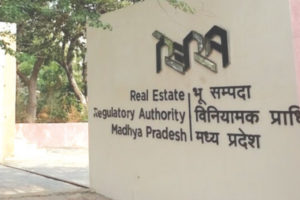 The usage of IT helps us reduce the time and necessity for multiple appearances before the court. For example, after the first appearance after the complaint is received, we say that the reply to the complaint by the non-applicant to the applicant, the counter reply from the applicant to the non-applicant, all this should be done on email with copies to RERA. Then only for the final argument, they appear in front of us. We hear the argument and in one seating we dispose off the case.

Similarly, we have leveraged IT to reduce the time taken to dispose of our cases and it has given us rich dividends. We have been able to dispose of 70 percent of 3,600 cases which have been filed with RERA within a short span of time.

What are the future implementations that RERA Madhya Pradesh is planning through ‘Apna RERA’?

Initially, we were focusing on the phase of the registration process. Now we are focusing on the monitoring of the registered projects because we do not want a problem to arise and then difficulties to come. We need to closely monitor the progress and if there is any difficulty, then a red flag has to be raised stating the concerns. We need not wait until the end of the project.

If a project completes in three years, we need not wait until three years and then see whether it is complete or not. We need to constantly monitor. If there is some problem, we call the builder and discuss the same. Maybe the builder is facing a genuine problem from the government or some government agency. I cannot say we can solve all the problems but we can try to solve some of them. If there is a problem, we try and work with the builder to try to actually  complete the project and bring it on track. This is going to be one big focus of RERA.

The second focus of RERA is to reduce the time taken in the disposal of cases and for the implementation of our orders. In many cases, we had ordered that compensation be given and sometimes the builders do not comply. Now are setting up a special execution wing headed by a District Judge who will implement the orders and execute them as well.

Affordable Housing does not necessarily mean cheap housing. It means housing projects which are affordable for various sectors. Various kinds of people require different kinds of housing. In Madhya Pradesh, we have an Act which guarantees housing or house plot to every individual. But that Act has to be implemented. The RERA Act of Madhya Pradesh and the new Real Estate Policy of the state working together can work together in order to make the supply available of appropriate housing built with appropriate materials in the shortest period of time at affordable rates for different sections of society as per their desire. The Government has taken several steps in this, not only in the new real estate policy but also brought reforms in the registration administration, stamp duty, etc. in order to simplify and make housing more affordable for all.