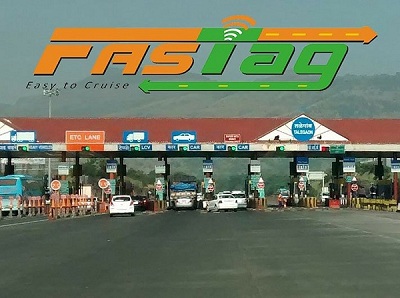 According to a latest report, almost 30% of the toll charges are now being collected electronically, recording an increase of 25 per cent in four months. Following the increase, the National Highways Authority of India (NHAI), is now expecting almost 1 million electronic transactions on a daily basis.

As a result, demand for FASTAGs or e-cards, allowing travellers to cross the toll booths without waiting at toll plazas, do away with the need to transact in cash, and offer discounts for electronic payments. Fall in the price of FASTAGs has also led to an increase in its demands.

According to a report, a FASTAG user spends hardly 10-15 seconds at the toll plaza, a fraction of the time spent by others who pay by cash.

Currently, almost 450 toll plazas have at least one lane collecting toll through an electronic process.

Some toll booths near Bhopal, Chandigarh, Lucknow and Vijayawada have started collecting about 40-50 per cent of their tolls charges through electronic means. NHAI and IHMCL are now trying to bring in more states and cities to use FASTAGs.