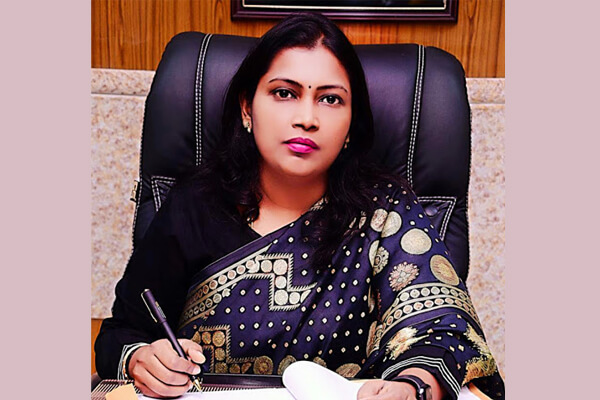 “Digital volunteers have been formed and a separate WhatsApp group has been set up by the police for regularly checking objectionable material circulating in social media.”

As many as two lakh voters in Firozabad are eligible to exercise their voting right for the first time. To attract the youth, a number of initiatives like debates, speech competitions, nukkad nataks, painting competitions, etc, were organised to highlight the various issues related to elections, says Selva Kumari J, District Magistrate, Collector and District Election Officer, Firozabad, in conversation with Arpit Gupta of Elets News Network (ENN).

With the Lok Sabha Elections approaching what initiatives have been planned by you to encourage young voters who will be voting for the first time to come to polling booths?

When it comes to attracting Youth towards elections, a different strategy is needed. Special approach is needed to educate them, register them and also bring them out to vote on the election day. About 2-3 % of our voters are in the age group of 18-19. A massive drive was taken up after i joined in Firozabad in February, and more than 40000 young voters have been added to the voting list.Our ‘Youth to Booth’ initiative started in March 2019 includes a lot of SVEEP programs, but also a massive campaign to register them as voters. All Colleges, Universities were targeted and through ‘campus ambassadors’ , we were able to register a number of voters. As many as 2 lakh voters in Firozabad will be exercising their voting rights for the first time.

To attract the youth, A number of debates, speech competitions, nukkad nataks, painting competitions etc were organized for creating a conducive environment to discuss about Elections. Our officers were present in different institutions, villages and city areas to encourage youth to have healthy and positive discussions on importance of Elections and Voting. Focussed discussion on Topics such as future career choices, employment opportunities, safe neighborhood, environment, how the politicians can deliver better had been included. We have included NGOs and prominent media to organize and motivate ‘youth to booth’. Social media platforms have been used to create awareness and educate youth on functioning of EVMs and VVPATS, how to register as a voter, how to vote, what are the facilities that a PWD voter can expect in a booth and ethical voting.

Encouraging youth to participate in the biggest festival of democracy has been a challenging task. But SVEEP programs like’ Find my Booth”, Mehndi competitions, Youth festivals like ‘ matdata mahotsav’, ”Bike rallies and other rallies have increased youth participation with civil societies. Our own SVEEP Logo ‘KAANCHI” of the Glass City, Firozabad, has been made in the image of Women of Firozabad who form the backbone of the glass industry. This was mainly done with the idea that if a woman of the house turns up for voting then all the members of the household will turn up for voting. Electoral literacy clubs, Chunav pathshalas especially in urban areas and low turn out areas are educating parents and youth about the significance of single vote and also clear doubts related to voting and elections. ‘Mock elections’ have been conducted in many villages so as to educate the public at large about voting process.

How do you plan to empower common man to report breach of Model Code of Conduct? What are the steps in the offing to stop the spread of fake news?

Election Commission of India has come up with a number of applications to facilitate the common voter. The NVSP portal is a single window portal which helps Voters in registering process in electoral roll and also get details about their booth, constituency, BLO, Election Officials etc. National Grievances Services provides a single window common interface to citizens for submitting their complaints and getting proper redressal of all their complaints.

ETBPS Developed by ECI helps Service voters to cast their vote in using electronically received Ballot papers while serving outside their constituency. One major way by which a citizen can report a MCC violation is cVIGIL – an online app denoting the vigilant citizen who can play a proactive role in checking MCC violations and helping District administration to conduct a free and fair elections. For identifying and taking action on Fake news and paid news, Media Certification and Monitoring Committee is formed which includes information department officers, Media experts and social media expert headed by District Magistrate. Digital Volunteers have been formed and separate WhatsApp group has been formed for regular checks on objectionable material circulating in social media.

What are the present challenges that you face during elections? How can emerging technologies be used to overcome them?

Every Election is unique in its own way and there is always an attempt by DEO to improve every election based on his/her past experiences. In District Firozabad we have tagged about 22434 PWD voters in our database. Special facilities like wheel chairs, Ramps, proper access roads, ‘Matdata Express” for facilitating accessible elections. Through Voter Awareness forums about 20314 Postal Ballots including EDC will be done by Government servants, first time that such large number of votes will be cast by Government servants in Firozabad.

Our attempts to make every booth Hitech Booth by putting CCTV cameras in every booth to impart transparency and fairness during the election process.This initiative is also the first time any district has done in Uttar Pradesh, probably in India.Moreover we have designed ‘ iDEAA ‘ application. It is an INTEGRATED DISTRICT ELECTION ADMINISTRATION APPLICATION. It is the ultimate tool for DEO to manage Election Machinery effectively real time on Poll day. It also includes Pre-poll monitoring, Post-poll monitoring activities.