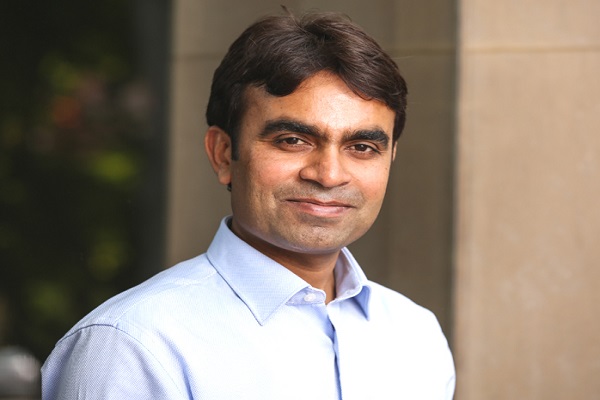 In a meeting of the Governing Council of NITI Aayog, held in April, 2017 and chaired by Prime Minister Narendra Modi, one of the discussions was on challenges and opportunities associated with emerging urban population, expected to grow by nearly 70 per cent, to reach 60 crore by year 2031.

Urbanisation is a reality accompanied with unique challenges such as migratory populations, slums, increased healthcare needs, difficulty in water supply and sanitation, with a limitation of insufficient financial resources and lack of role clarity amongst multitude of agencies delivering civic services. The struggle of major metropolitan cities to provide basic amenities to emerging and diverse urban population seems to lies in, and can arguably be attributed to the functional inability of the elected institutions of the State Government and civic bodies and therefore, demands for an increased and proactive citizen engagement.

The idea of citizen engagement is not new for India and other countries. Rather, it was this idea which led to the formation of Resident Welfare Associations (RWAs) in most urban settings. However, the success of RWAs in ensuring civic amenities for residents has been partial and limited. Invariably, people complain that the RWAs are controlled by politically motivated individuals, undermining the essential purpose of independent citizen voice and failing to bring accountability to the local councilors and officials of civic bodies. The young and educated residents rarely show interest in the activities of RWAs and at times lack understanding and clarity on the roles and responsibilities of these RWAs and maintain distance from their activities.

In Delhi, this led to one origin of the idea of more proactive Mohalla Sabhas, propounded by a political party which formed the Government in 2015. Mohalla Sabhas have been propounded as an alternate mechanism (these Sabhas are still pending for approvals from the competent authorities). How a good political idea gets traction from even opposition political parties was reflected when two years later, in April 2017, the leading opposition party, in run up to Municipal Corporation of Delhi (MCD), proposed mandatory meetings of councilors, MCD officers and RWAs, adding a new dimension to citizen engagement. These points reflect the emerging consensus and understanding for increased citizen participation in urban governance. Though, the ground level implementation of these ideas is far from satisfactory. However, it can be said with reasonable confidence that future of urban governance will depend upon level of citizen participation. Earlier it is embraced, better could be the outcome.

This increasing understanding implicitly underscores the need for RWAs to be effective and regain trust and confidence of the people. However, any proposed mechanism should not solely focus on ‘participation’ only and should have inbuilt responsibilities and accountability. Citizens/associations should make decisions, facilitated by elected representative and implemented by officials of civic bodies.

The first step could be the revamping and formation of new RWAs as soon as possible that should have mechanisms to enhance transparency in functioning and decision making. The RWAs should volunteer to put citizen charter and names of members of executive committee on public notice board, their audited accounts are available for public scrutiny, and elections and meetings are held regularly.

Meaningful citizen engagement goes beyond decision making and should be linked to facilitate implementation by the Government. In fact, it would require all agencies working together with citizens for common objectives and purpose. They can collaborate to deliver social services (including health, education and water etc, to list a few) in a coordinated and effective ways. This would contribute to better outcomes on all fronts.

To supplement, community members need to develop innovative approaches (good, if through RWAs) for addressing civic challenges such as parking issues, collection and safe terminal disposal of waste etc. The information, communication and technology (ICT) could be used for innovation and accountability. The Government agencies may start recognition/awards for these innovative solutions. There has to be capacity amongst RWAs, so that when workers of civic agencies go on strike, the communities can manage and take care of their own needs. People can be a part of the process and solution.

There is lack of knowledge amongst most citizens about roles and responsibilities of RWAs, civic bodies and State Governments. People are not aware of whom to hold accountable for keeping parks clean, for construction of road or for non-functioning streetlight. Citizen should be made aware of their entitlement from various agencies by public campaigns. Such awareness would ensure accountability in assuring and demanding for civic services from appropriate agencies, to achieve vibrant social and democratic institutions. The entitlement literacy has to find an important place in democratic system where people know their entitlement form different agencies. It would and should influence the way people vote for, ultimately, should be able to influence the election outcomes.

Urban governance is comparatively new to India, a country which is known for its rural images (introduced after 74th constitutional amendment in 1992), which will become increasingly relevant as number and population of cities increases in the country. However, the livability of the cities can be improved only with enhanced participation and engagement of people with Government institutions and elected representatives and through entitlement literacy. The experience from metro and major cities in the country, could guide emerging cities in other parts of the country, to be prepared for urbanisation in India.

(Dr Lahariya is National Professional Officer with the World Health Organisation (WHO). The views are personal and should and cannot be attributed to WHO)