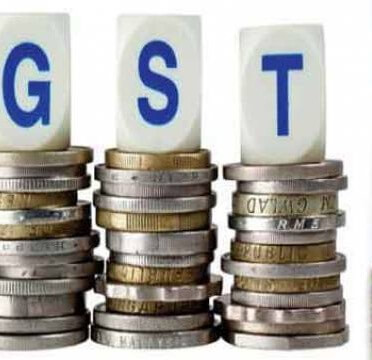 Through Goods & Services Tax, the Government of India intends to bring uniformity in taxation

The much-delayed Goods & Services Tax (GST) Constitution Bill – which was passed by Lok Sabha, on August 8 and the Rajya Sabha, on August 3 – marked a historic step for tax reforms in the country. The 122nd Amendment to the Constitution will certainly go down in India’s political-economic history as a watershed, as it is about to give the country the most progressive tax reforms till date in the form of GST, making life easier for the trade and industry and reducing the cost of goods and services for the consumer.

The excitement among the industry, trade and investors is justified. By a single measure, India would move up the World Bank ranking of Ease of Doing Business by several notches. The GST Bill had been pending for over a decade, but the fact that the Government of India has been able to build a wide political consensus on, what has been one of the most contentious issues, has conveyed a huge positive signal to the rest of the world that India enjoys a broad political support for the economic reforms, crucial for over a billion people.

It is a plethora of indirect taxes, which contribute to the bulk of revenues of the states and just about half of the tax kitty of about Rs 16 lakh crore of the Central Government. While direct taxes, like the personal income tax, relate to a small fraction of the population, the indirect taxes impact every Indian. Since the indirect taxes are on consumption, both by the rich and the poor, both have to pay the same amount.

Currently, the Constitution gives mandate to the Centre and the states to levy indirect taxes ranging from excise duty, customs, service tax, valued added tax (VAT) or sales tax, entertainment tax, entry tax, purchase tax, luxury tax and various other surcharges. Both the Centre and the states have their own official machinery to collect these taxes. But for central excise and VAT, most of the taxes get calculated on a base which itself has been subjected to taxation at some or the other stage of manufacturing value chain. So, it is a tax on tax, making goods and services rather expensive for the ultimate consumer while making life hard for the trade and industry. The most visible example of inefficiencies of the system can be seen at inter-state borders with long queues of trucks being subjected to different kinds of tax inspection and payment of octroi and entry tax, and in the process blocking traffic on the highways for hours together.

With the roll out of the GST, expected from April 1, 2017, all these taxes would be subsumed into a single tax for the consumer. The Centre would levy and collect Central Goods and Services Tax (CGST), and States would levy and collect the State Goods and Services Tax (SGST) on all transactions within a State. The input tax credit of CGST would be available for discharging the CGST liability on the output at each stage. Similarly, the credit of SGST paid on inputs would be allowed for paying the SGST on output. Services and goods would be subjected to taxes only on value addition at each stage, thus bringing down the overall tax burden for the consumers. From manufacturing to destination

As against the present system, where the taxes like excise and central sales tax, are levied on manufacturing at the factory gate or on inter-state movement of goods, the GST involves taxation at the destination level. This would mean gains for the consuming states and loss for the manufacturing state. That is why states with a good manufacturing base, like Tamil Nadu, was opposed to the GST and consuming states, like Bihar, West Bengal and Odisha, favoured the same. But, the GST Bill provides for fully compensating the losses to the states for five years. The earlier provision of additional one per cent levy for the losing states has now been done away with.

There would be about three rates – Standard Rate in the form of X, which will cover bulk of the items , X-minus for the items of mass consumption and X-plus for the luxury goods or the so-called “sin goods’’. In the constitutional amendment, there is no mention of the GST rates, which would be decided by the GST Council comprising the Union Finance Minister as the Chairman and the finance ministers of states. Any decision of the GST Council would require approval of the Council by three-fourths of its members. The states would have two–thirds of the voting powers and the Centre one-third.

Petroleum products and alcoholic beverages have been left out of the GST, for now, on concerns of the states, which feared these major revenue heads could not be bargained for. For the sake of wider political consensus, these heads have been left for future reforms.

After the approval of Parliament, the GST Bill would go for ratification by at least half the states. The process is expected to be completed soon. Afterwards, the parliament will have to again pass two enabling bills – one for the Central GST and the other for the Integrated GST. Besides, the state legislatures will have to pass the enabling law of the State GST.

According to Union Finance Minister Arun Jaitley, there still remains work to be done  as three more laws have to be created, of which two will have to go through the parliament. The rates of taxation – or the GST rates – will be decided by a GST Council that will be formed, Mr Jaitley said, indicating that there’s still a long way to go for the bill’s provisions to become effective. The Centre on its part wants the GST to be rolled out by April 2017.

The minister said the government is making an attempt “to avoid complexities”, so that the GST becomes the best version of ‘One Nation, One Tax’.