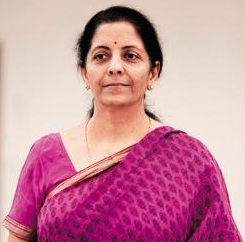 The DGS&D-developed GeM platform was launched by Sitharaman in New Delhi on Tuesday. It is a completely end-to-end procurement system for purchase of common use goods and services by government buyers.

Earlier this year, two Groups of Secretaries in their presentation to Prime Minister Narendra Modi made recommendations to reform DGS&D by creating a one-stop online marketplace for government buyers for their routine requirements. Finance Minister Arun Jaitley in his Budget speech 2016-17 had also announced the establishment of a technology-driven platform by DGS&D.

In line with the government decision, the Cabinet Secretary in his review in March 2016 directed GeM to be developed expeditiously as a pilot project with the technical support of NeGD in the Ministry of Electronics & IT.

GeM (pilot phase) has been developed jointly in a record time for select goods and services. The entire process flow designing has been done in house in order to bring greater transparency, speed and efficiency in public procurement. Its significant feature is linking with payment portals like SBI and PFMS, which makes the entire process online.

In order to enable government buyers to procure on GeM, GFR (General Financial Rules) has been amended by addition of Rule 141A. Up to Rs.50,000, a buyer purchase directly and beyond this through price comparison, bidding or reverse auction. The Department of Expenditure has also issued directive to all paying authorities to make payments on GeM procurement within maximum 10 days. Acceptance or rejection of goods has to be within 10 days of receipt or will be deemed accepted.

* Demand aggregation will be made possible which will make prices very competitive. All transactions in GeM are completely secure

* At every stage of processing, there are alerts through emails and SMS, which make the system very responsive.

To begin with, common use items in 26 categories, like computers, office equipment, stationery, etc. have been placed on the GeM portal. Apart from goods, the notable feature of GeM is providing facility for engaging taxi services with multiple options of hiring like spot, daily use, monthly or annually and also leasing.

A Call Centre/Helpdesk (0120-6619563) for GeM has been set up. This will help both buyers and sellers in conducting their transactions on GeM.

DGS&D is conducting training of government buyers as well as sellers on GeM. With the launch of Government e-Marketplace, a new era of public procurement will be ushered in and will be a game changer.