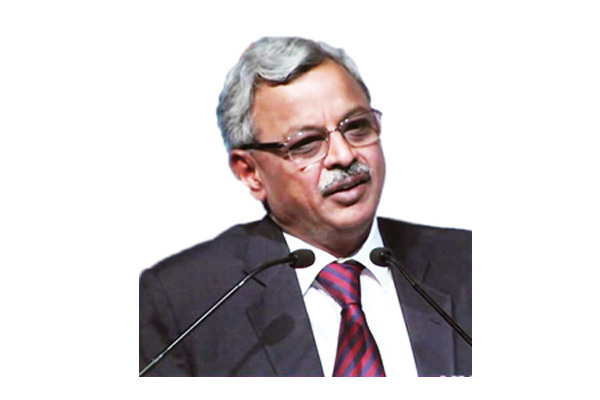 ePragati project of Andhra Pradesh, being looked upon as a model in Government Enterprise Architecture in India, is being implemented with the philosophy of ‘Centralised Planning-Decentralised Implementation’. J Satyanarayana, Advisor to the Andhra Pradesh Government for Information Technology and the brain behind ePragati, throws light on finer aspects of the ambitious project in an interaction with Sudheer Goutham & Arpit Gupta of Elets News Network (ENN).

ePragati is aimed at bringing together 745 G2B (Government to Business), G2C (Government to Citizens), G2E (Government to Employees) and G2G (Government to Government) services offered by 33 departments and more than 300 government agencies. We are going into finer detail of the project, so that we can start selection of partners, though we need to balance the need for urgency and transparency while observing the procedures. Also, in the consideration are striking balance in several factors, such as importance and validity of big players, new entrants, startups and MSMEs. So, the balance between the cost products, official products, dual products and solutions are underway.

We also need to balance between big applications and mobile-based apps, which will fetch good results. In addition, we also have to balance and provide space for innovative products and innovations around ePragati. So, we are considering all these while making the tender documents and R&D documents. All these factors in these documents will then go to the market.

What are the priorities in consideration to make ePragati an apt programme in the long run?

We are in the process of chiselling the business models for each product, as installing a good set of software and hardware will make working easier. However, we also need to have a financially viable project and a set of services that will J SATYANARAYANA SPECIAL INTERVIEW February 2016 / egov.eletsonline.com / egov 15 add value for citizens, government departments and its employees. It should make economic sense to them in a sustainable manner, or else it will not be sustainable either in the medium or long term. Various factors like creating the value proportion and selling it, along with the thought process, are going into its making.

ePragati is a huge project that needs to be worked upon within various departments. How are the government functionaries being prepared for its adoption in their day-to-day work? It is a very important aspect of taking the overall ownership with various line departments within the government, along with creating a necessary capacity to absorb such a big project in a short period; otherwise, it will become very difficult to regain position at a later stage. So, alongside these procurement exercises, we need to mount efforts on the sensitisation of these functionaries at various levels. The basic philosophy of ePragati is “Centralised Planning and Decentralised Implementation”. As we are in the implementation stage, so it is necessary that we are clear about the principle. We need to reinforce and reiterate it at every possible point.

What is your strategy for Centralised Planning and Decentralised Implementation of ePragati?

ePragati is going to provide several citizen services, though with a nominal fee. Do you think people would like to pay for it?

ePragati is a comprehensive architecture to leverage the latest advances in eGovernance tools. It will move away the piecemeal approach and provide an integrated ’One Governance’ that will be citizen-centric, transparent and effective. If services are provided in hassle-free manner, people would be happy to pay Rs. 10-20. It has been evident in case of ePassport Seva that was introduced with a minimal charge. However, ePragati services are not completely based on revenue mechanism. It is only in a few cases.

ePragati is a comprehensive architecture to leverage the latest advances in eGovernance tools. It will move away the piecemeal approach and provide an integrated ’One Governance’ that will be citizen-centric, transparent and effective

How would ePragati provide opportunities to startups, SMEs and big companies?

There is a provision for Medium, Small and Minor Enterprises in ePragati. However, for big companies, there are good opportunities based on the experience. With ePragati, things can be taken further.

When can we see the complete rollout of ePragati?

At present, we are rolling out all the RFPs of January and we will get to see early results by mid-2016, and by the end of the year, we can see ePragati in full play.

Another ambitious project—Andhra Pradesh Fiber Grid—is said to become an integral part of ePragati. Can you elaborate on that?

Andhra Pradesh Fibre Grid is a highly scalable aerial network infrastructure to provide on demand end-to-end broadband connectivity to every household, including rural areas via electric poles. To begin with, it will cover over 600 km and targeting three districts, Srikakulam Vizianagaram and Vishakapatnam, and then expand to remaining 10 districts. The work is on at a fast pace. It has two aspects— accessibility and literacy. Besides mobiles, tablets and computers, we are working on giving the access via television sets, which is available in most of the households. There are about 85 million households in the State. The second aspect is literacy and its content. When infrastructure is available, knowing its utility is important for people. We are working on that drive and providing content in three priority areas — agriculture, health and education. Currently, on ground, these three areas are being covered by three consortiums and the response has been good. Gradually, the work will be taken up by these consortiums on full scale.