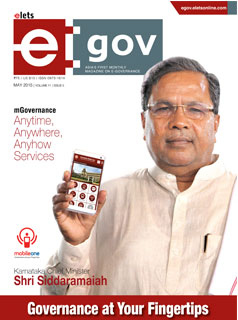 Karnataka initiated and implemented quite a few ICT-run projects in 2015, and that makes the year memorable for the people of the State, who can experience a marked difference in the quality of service. Several other eGovernance projects initiated last year are likely to reach fruition this year, writes T Radhakrisna of Elets News Network (ENN)

The year 2015 has turned out to be a landmark year for the State of Karnataka, which saw a number of eGovernance initiatives coming up. The beginning of the year witnessed the launch of mGovernance – first-ever such initiative in India.

Not just that. It was followed by a series of announcements by various departments and institutions related to implementation of Information & Communications Technology (ICT)-based projects. And, towards the year’s end, two major initiatives were ready for a big rollout – one by the eGovernance department and another by the Higher Education Department.

Following are some of the major initiatives undertaken in the domain of eGovernance between January and December 2015:

Karnataka MobileOne: Though it was launched towards the end of December 2014, the MobileOne app took off big time beginning in 2015. It reportedly brings 4,000+ services right to the citizens’ fingertips. People can access various services round the clock and throughout the year. They can book railway and government transport bus tickets, pay property tax and other utility bills (electricity, water, phone, etc.), file income tax returns, apply for driving licence, file applications for passport and more, making it the country’s and also the world’s largest multi-mode mobile governance platform.

Paperless offices: Office of the Director of Kannada and Culture announced that it is implementing an entirely paperless office (PLO) under the core-Mission Mode Project of the National eGovernance Plan of the Centre. Under this system, all files are digitalised and will have an electronic trail to check their status. Compared to conventional governance, automation of files in this system can play a crucial role in improving efficiency of decision making.

In a similar development, the office of the Deputy Commissioner of Gadag is being converted into the State’s first e-Office. The initiative will ensure paperless, efficient and transparent governance, where there would be little scope for unnecessary delays and the whole office proceedings would be available for information of the public through Information Technology.

Video Conferencing facility at state prisons: Finally, in an effort to reduce the cumbersome exercise of escorting undertrials to courts and preventing them from escaping, the government decided to set up video conferencing facilities in all 62 prisons in the State. Through the facility, undertrials will not miss their hearings, too, as prisons across the State are linked to the courts. The cost of the project is an estimated Rs. 30 crore. The State Government will procure high-resolution cameras to ensure clear visibility of undertrials.

Hi-tech Higher Education Department: It is ready with a roadmap for implementing ICT initiatives to facilitate ease of administration and academic reach for students in colleges, polytechnics and universities. The department’s ecosystem comprises 50 universities, 2,992 degree and post graduate colleges, 305 polytechnic colleges and 207 engineering colleges in Karnataka.

eGovernance Department: The Department has appointed a new project partner for Integrated Citizen Service Centers-BangaloreOne in Bangalore City and KarnatakaOne Centres in the districts of Karnataka—for a period of five years, beginning December 2015. It has also finalised its new plans, including expansion of new BangaloreOne and KarnatakaOne Centres and setting up 5,000 Common Service Centres (CSCs) in various districts of the State.