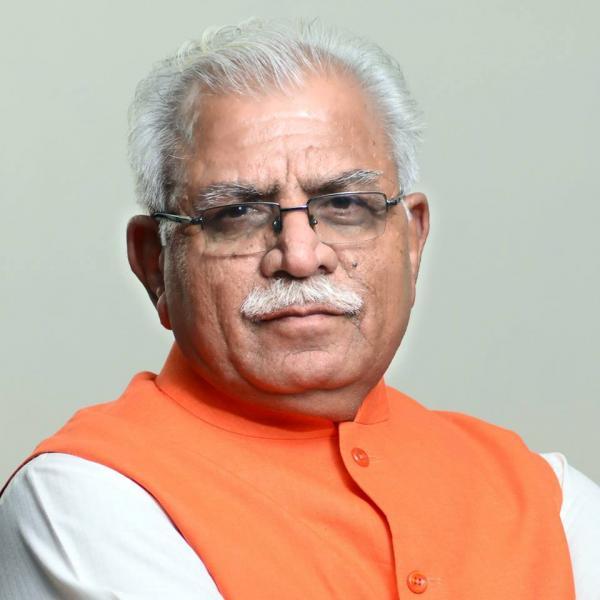 In a major e-initiative, Haryana Chief Minister Manohar Lal launched CM e-Dashboard for monitoring key parameters of various departments and online services to ensure effective delivery of services and provide effective mechanism for bringing transparency.
To begin with, 134 Key Performance Indicators (KPIs) of 13 online departments and 83 offline KPIs of 14 departments have been incorporated in the dashboard. 14 other departments have submitted their reports which would soon by incorporated in the dashboard. The KPIs could be any Government to Consumer (G2C), Government to Government (G2G), Government to Employee (G2E) or Government to Business (G2B) services delivered by the organization.
Speaking on this occasion, Manohar Lal said that the main purpose of the CM e-Dashboard is to improve the efficiency of the departments and to remove the delays in service delivery through monitoring at highest level with an aim to benefit the citizens. The dashboard is accessible to Chief Minister’s office and the government organization whose KPIs were being monitored. It was informed that Nodal officers have already been provided the password whereas; the Administrative Secretaries of the concerned department would soon be provided the same to access the application. He appreciated the efforts of IT Department and National Informatics Centre (NIC) for in house development of CM Dashboard application.
The 13 online departments or services whose KPIs have been incorporated in the dashboard are Revenue (land records, citizen certificates, court cases), centralized file movement system, CM announcements monitoring system, Health, Haryana Urban Development Authority (HUDA), Public Health and Engineering, Social Justice and Empowerment, Transport, Finance and Education (Secondary). The e-Dashboard application is fully automated and integrated with departments which have electronic database and applications. In case of departments which do not have computerized backend database of services, they are required to manually feed data into the e-dashboard at regular intervals till they computerize their data base and services. He further directed the departments to develop online application in a phased manner in next three to six months.
Chief Minister said that CM e-Dashboard would not only plug the loopholes in the system which leads to corruption but also keep a check on the exercise of discretion. He said that with maximum automation and reduced human interface we could weed out corruption from all levels. The e-Dashboard pulls data from various departmental database and online applications and calculates performance based on pre defined formula for each KPI. A composite score for each of these KPIs is then calculated and indicated on the dashboard. Average composite score for all KPIs of an organization, which is calculated on a 0 to 100 scale, shows the overall efficiency of the organization. The dashboard has a color coding scheme, which shows various departments in Green, Blue, Orange and Red based on their respective composite score.
Chief Minister said that delivery of services should be prompt. He said that officers who shouldered the responsibility to run the system should ensure the time bound completion of targets of their respective departments. Directing that preference should be given to Government to Consumer (G2C) services, he said that the main aim of the government is ensure the delivery of various citizen centric services at citizen’s doorstep. People’s satisfaction should be the key for all the departments, he added. Quoting example he said that after the launch of CM Window, a call centre has been established which sends SMS to the complainant informing him or her about the status of complaint to instill a sense of satisfaction among them.
The Chief Minister directed to develop Standard Operating Procedure for the effective functioning of CM e-Dashboard. He said that the departments should align their functioning with the new system in terms of setting up of infrastructure like the availability of hardware and software. Besides, the departments should also link their website with the Dashboard for effective sharing of information. He said that the offline departments should also make efforts to identify data which could be made available online as the online data is more accurate and authentic than the offline data. He also directed to evolve a system to check the duration of pendency of a file.
He said that he would again review the CM e-Dashboard with all the Administrative Secretaries on December 15, 2015.