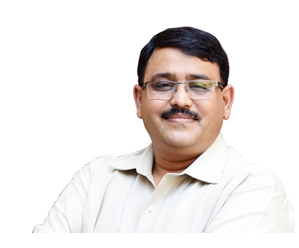 With the introduction of ‘e-mail policy 2014’, Madhya Pradesh Government becomes the first state in the country to accord legal sanctity to emailed correspondences within the departments and with the people. What was the thought behind the step adopting this policy?
In my opinion, the email is not something that we didn’t know about. All of us are using email for personal purposes and even in government we have been using email IDs regularly for all kinds of correspondence – it’s just that it didn’t have the legal validity, we really didn’t think so. It all started when the NIC under the Government of India circulated the draft email policy to states for their comments. So, Madhya Pradesh not only consented but also acted actively by itself to have a similar norm for the state, too. I had been approached to enforce email policies in the other organizations I had been posted at in the past. Now, I got an opportunity to come out with the policy for the entire state, and I am happy that the Madhya Pradesh Government has accepted the policy and the email with the feel of authenticity in it.

Do you see this policy as the file eliminator?
First of all, I don’t think email was ever substitute to files, but it can certainly reduce the workload of departments, especially lower functionaries, who have to always backup everything with written correspondence. The government can accept email as a valid electronic document and then that repetition will be reduced. It would lead to substantial saving in time and energy.

Tell us something about the state’s social media policy.
The Government of India has already issued detailed guidelines on the social media framework, thereby giving the dos and don’ts, and sort of advisory to various departments on how to use the social media proactively for the benefit of the masses. In Madhya Pradesh, the Hon’ble Chief Minister has used the social media very effectively for communicating his ideas and his priorities for the government. The state government has taken an official stand on the policy decision to have official social media account of each department, and all the government employees have been asked to follow it and keep track of the happenings in the department. For the time being, we have Facebook accounts, Twitter accounts and the Youtube page of the Chief Minister.

Talking about various schemes of DeitY over the years, we have seen a similar wave of implementation of schemes here. But some of the technologies, like SWAN, are now said to be obsolete. Any plan for a newer version of such schemes?
All the components of NeGP were quite relevant and useful for state governments,so if somebody says that SWAN is outdated and SDCs are no more in fashion, I think it is slightly statement in arrogance. If you had the setup of data centre of your own, you would not know the meaning of latest version of data centre and latest version of Cloud. I find so many people talking about latest technological trends without having done anything in existing technology. It is true that technology is something which keeps changing and nobody is denying that the present setup of data centre will be inadequate in couple of years and one may have to go for better technologies. We are now bringing high-end virtualized environment for our servers. We are also implementing GI Cloud that was mandatory. We are ready to tap any opportunities that comes our way from the Government of India or any other technology provider.

How has been the implementation of CSC in the state?
Madhya Pradesh was actually one of the first states which had already thought of task-based service delivery model, and therefore, we went ahead with setting up of company called MPOnline, which is a joint venture between TCS and the state government. Today, all the functional CSCs in the state are linked through MPOnline, and we are able to deliver lot many services through the portal. The original CSC model of the central government had certain limitations. One of them was that SCAs had the jurisdiction in a division, not in the entire state. We came it over successfully by having MPOnline as the common platform which is a single point of delivery. However, I still feel that there is long way to go and lot more services can be integrated with CSC and MPOnline, for which we require backend integration. So, process reengineering and backend automation of the department is already underway.

MP adopted emails as official documents, as all of us had been using the mail for personal purposes, and even within the government we have been using email IDs regularly for all kinds of correspondence – it’s just that it didn’t have the legal validity

You had talked about the conceptualization of Virtual IT Cadre plan? What is the idea all about?
The idea is that Madhya Pradesh will, for the first time in the country, set up a dedicated IT project. We came up with a concept called “Project e-Mission Team” to use IT, and deployed it in various departments. MAP-IT being a society in the state was interested in recruiting professionals, pay them at the market rate and send them to various departments to manage their IT projects. We have already hired over 40 professionals and placed in various departments. This was at the level of the department, and at the level of district, we decided to approach district e-Governance managers at the block and tehsil level assistant e-governance managers, again hired from the market, and place at the level of district e-governance society on contractual basis and train properly, so that they can handle the needs of e-governance at district and tehsil level.

Having done this, we realized that this alone may not give the desired results unless and until we also involve the departments with their domain expertise. So, now in Virtual IT Cadre plan, we are involving each and every department, officers and employees who are interested and contributing to the e-Governance challenges of the department. We will train them, and then they will go to the respective departments and become part of the core IT team of the department. So, ultimately we are only trying to be facilitator.

NIC also has a similar role. Won’t you be repeating their role that way?
No, we are actually complementing what NIC is doing. For example, NIC doesn’t put manpower in the districts and in the departments, as it has its own dedicated manpower who are very good in development work of software and provide solutions. In Madhya Pradesh, in fact majority of applications are developed by NIC. But when it comes to maintenance of those applications and further rationalizing them for deeper use, you need to have the capability in the department also. So it’s not duplication, it is actually complementation.

What is your view on project management skills in government?
Actually, in course of implementation of so many IT projects, we discovered that there are lots of departments in government who do not have basic skills to understand the concepts and nuances of project management. Therefore, now we have entered into a strategic MoU with PMI India in MAP-IT to provide support to the state government Madhya Pradesh on a long-term basis to develop the skills of project management. In this MoU we are going to set up a core project monitoring group at the level of Chief Secretary where all the mega projects of the states will be monitored. We will hire professionals from the market, certified project managers and PMPs, and we also going to have training modules in academy of administration where department seniors as well as lower level functionaries will be trained on basic project management skills.

What are factors at play in the state that can attract IT industry?
Madhya Pradesh is a state which is now in a big way trying to push investments in IT, BPO, ITeS sector and ESDM. We recently convinced and managed to bring TCS and Infosys to have their larger development centers in Indore. They have already started working on the ground. We are aggressively pushing for bringing other companies as well, and we already have IT parks in four cities – Gwalior, Bhopal, Indore and Jabalpur. We are coming up with built-up spaces and also developing plots, along with putting in place the basic infrastructure. There are lots of incentives for the IT companies. In fact, our IT investment policy is one of the most progressive in the country.

How are you moving ahead in encouraging the SMEs in the state?
For SMEs, we have lots of interesting investment policies in terms of concession, like interest subsidies, capital subsidies and subsidized land given at one-fourth the market rate. We are also ready to provide built-up space to those companies that do not want to invest in brick and mortar in the beginning.

Is there any strategy to increase the spending in IT itself which could lure companies to the state?
Well, unlike the Government of India, we do not have a policy for local manufacturing Preferential Market Access (PMA). However, we intend to give a lot of work to companies who want to come and work for us and settle down in Madhya Pradesh. Especially in terms of BPOs, we are planning to come up with new rural BPO policy for Madhya Pradesh, in which companies that will set up their centres in the state will get preference in outsourcing work of the government.