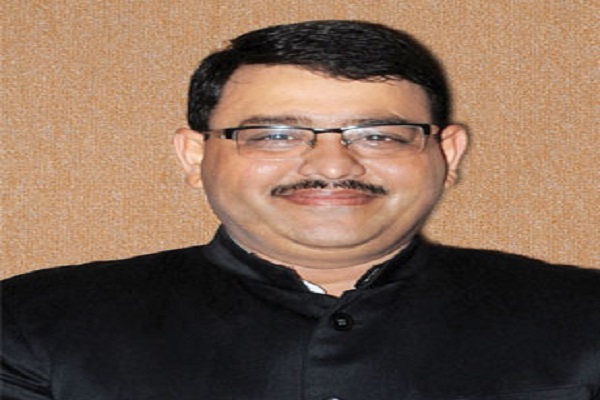 The Secretary, Department of Information Technology, Government of Madhya Pradesh, Hari Ranjan Rao, in conversation with Vishwas Dass of Elets News Network (ENN), throws light on some of the major IT initiatives undertaken by his Department to give a boost to citizen service delivery

What IT-related initiatives have been undertaken in your Department?

We have undertaken numerous IT initiatives in the recent past, which include formation of State IT Cadre, Virtual IT Cadre, strengthening of District e-Governance Society (DeGS), State Data Centre (SDC), Regional Capacity Building Centers (RCBC), virtual classrooms for over 413 government schools and more than 100 colleges, popularising Unicode amongst five lakh government employees, among others. We also achieved national rank on e-Taal portal for highest reporting of e-transactions in India.

The Centre of Excellence (CoE) and Project e-Mission Team (PeMT) have been formed to create technical backbone for certified professionals in Madhya Pradesh. Various departments are taking up eGovernance projects to set up full-time dedicated PeMTs. So far, over 53 PeMTs and 12 CoEs by 32 State Government departments have been rolled out.

What are the upcoming initiatives of your Department?

To ensure successful implementation of IT initiatives and sustained development of eGovernance in the line-departments, strong IT teams within the departments are being planned. These champions would execute, manage and monitor eGovernance project and would be given training in ICT. As many as 51 District e-Governance Societies have been formed with every district having one e-governance Manager and one Assistant Managers. Around 600 such members as representatives of the IT Department have been placed across the districts, who reach out up to the block level.

The first phase of SDC establishment has been achieved 100 per cent (II Tier), while expansion is underway. Co-hosting and Co-location are the two models on the basis of which departments are being on-boarded at SDC. In order to utilise and harness the benefits of cloud computing, the Government of India has embarked upon a very ambitious and important initiative – GI Cloud, which has been rechristened coined as ‘Meghraj’. MP will also join it. In addition to this, virtual classes are available for subjects like Maths, English and Science, among others, of higher secondary standard and colleges, by identifying one higher secondary school in each 313 blocks. The teachers of the State conduct these classes, so that students of whole state avail benefits.

That apart, MP also hit a first in introduction email policy for the State, which has made it mandatory for all the Government officials to have official email IDs. Our core IT projects include Common Service Center (CSC), State Service Delivery Gateway (SSDG), State Wide Area Network  and SDC.

What is your vision for the proposed 100 Smart Cities programme conceived by Prime Minister Narendra Modi?

The state government has already launched action plans and projects for GIS mapping, e-municipal corporation, improved sewage systems, housing for the poor, infrastructure development, water supply etc., which could help build smart cities. It is important to raise financial resources, improve revenue collection and increase the quality of public amenities. To foster economic growth in the State, the MP Government has been working on several initiatives like policy reforms, ease of doing business through online single-window system, implementation of eGovernance and a robust public service management.

The first phase of SDC establishment has been achieved 100 per cent (Tier II), while expansion is underway. Cohosting and Co-location are the two models on the basis of which departments are being on-boarded

What kind of efforts are you making to improve and strengthen citizens’ grievance redressal mechanism?

We have introduced Tele-Samadhan and CM Helpline (181) as part of the public grievance redressal mechanism, while Head of Departments  initiative has come at the instance of the Hon’ble Chief Minister to monitor the system. Over 400 Lok Seva Kendras have been thrown open to render various services to citizens. District and block level video-conferencing implementation/ monitoring center video-conferencing services has also been done. A parallel network has been created with additional video-conferencing setup by the National Informatics Centre (NIC) to address district-level issues.

How do you update your staff on the latest IT developments?

The IT department regularly conducts state/ district-level special training programmes to improve citizen-centric services. Regional Capacity Building Centres (RCBC) are being established in various districts to enable government employees to get accustomed to the existing and upcoming IT enablement programmes. There centres are fully equipped to impart IT trainings to the employees.

Besides, the department also organises various open forums, wherein experts from the industry/ OEMs demonstrate the latest technology/ trends in the market. Employees attend these forums and gain knowledge from such workshops. We are also publishing IT newsletters and circulars regularly to sensitise citizens about IT activities running in the State. A state-of-the-art 25-seat computer training centre has been established at the Secretariat for continuous training of the Government officials.

Can you recount some of the projects launched by your Department for other key departments of the State?

We have a very huge responsibility of extending IT support to various other Government departments, and we have done exceptionally well there. A few of the IT initiatives for other departments include smart card-based driving licences and registration system for Transport Department, computerisation of Land Records Department, MPVATIS in Commercial Taxes Department, Integrated Finance Management Information System (IFMIS).