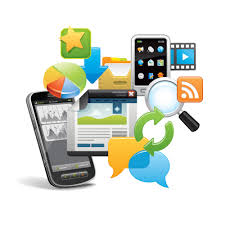 According to the report, Urban India will continue to account for a large percentage of the Mobile Internet users across the country and is expected to reach 126 million by March 2014 and touch 153 million users by June 2014. Significantly, a drastic growth was witnessed in the number of users of Mobile Internet in Rural India and will register an impressive 50% growth to reach 32 million by June 2014.

The report further finds that across both Urban and Rural India, over 50% of the Active Internet users are accessing internet on their mobile, apart from other sources. This is a clear indication that there has been a huge uptake in consumption of this Mobile Internet medium. The report also finds that ARPU has dropped to Rs 387 from Rs 460 in 2012. However, what is worth noting is that the percentage amount spent on Mobile Internet has gone up to 45% from 43% in 2012. This is a clear indication that more and more people prefer communicating over the phone rather than using the traditional media.

The IAMAI report also finds that the median price of a handset has fallen from Rs 8,250 in 2012 to Rs 7,000 in 2013. This is attributed to the reducing prices of phones with advanced features. More and more manufacturers are trying to target the ‘Value for Money’ segment by offering more features at lower prices.