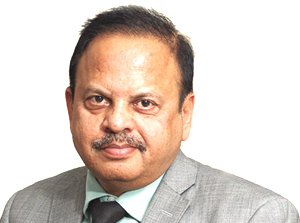 A not-for-profit organisation under Section 25 of the Companies Act 1956, NIXI was registered on 19th June, 2003. NIXI was set up for peering of ISPs among themselves for the purpose of routing the domestic traffic within the country, instead of taking it all the way to US/Abroad, thereby resulting in better quality of service (reduced latency) and reduced bandwidth charges for ISPs by saving on International Bandwidth. NIXI is managed and operated on a neutral basis, in line with the best practices for such initiatives globally.

Please provide us with an overview of the work that NIXI is doing in India.
National Internet Exchange of India (NIXI) has currently three operations:

Tell us about and the tariff policy that NIXI is following.
The Domestic Internet Scenario in India is unique with several large and small ISPs spread across a large geographical area. The policy followed by NIXI is basically focussed on addressing the concerns of the large as well as the small ISPs, while at the same time keeping the larger national interests in mind. The idea is to promote domestic hosting of content as well as saving foreign exchange by keeping domestic traffic within India.

What is the procedure by which any ISP can join NIXI? What is the procedure for ISPs that fail to join NIXI? What are you doing to ensure universal coverage of ISPs by NIXI?
The procedure by which an ISP can join NIXI is fairly simple. An ISP licensed by the Department of Telecommunications, Ministry of Communications and Information Technology, Government of India, can become a NIXI peer. The member ISP must have its own AS number and use BGP4+ for peering. The membership fee is of Rs. 1000 plus applicable taxes per annum on an all India basis. To connect to NIXI, ISP have to become Ordinary member of NIXI by sending the following filled and duly signed forms and two copy of connection agreement with stamps on each page of the agreement:

Government of India has authorised NIXI as the .IN registry. What steps is NIXI taking to ensure the safety of .IN registry? Will some other domains also come under NIXI?

Please provide us with some brief on .IN Registry?
The IN Registry was set up under National Internet exchange of India during January, 2005. NIXI is a Not-for-Profit Company under Section 25 of the Indian Companies Act, 1956, with the objective of facilitating improved Internet services in the country. Under NIXI, the IN Registry functions as an autonomous body with primary responsibility for maintaining the .IN ccTLD and ensuring its operational stability, reliability, and security. It will implement the various elements of the new policy set out by the Government of India and its Ministry of Communications and Information Technology, Department of Information Technology.

What is the current status of the .IN Registry?
Registration of .IN domain stands at 1.67 million as on January, 2013. Presently, 92 Registrars have been accredited to offer .IN domain name registration worldwide to customers. It has helped in proliferation of web hosting and promotion of Internet usage in the country. Two Data centres have been established in Delhi and Chennai, one acting as the primary and the other as a secondary with a maximum down time of 5 minutes. Also, IN Registry is planning to offer the Internationalised Domain Name (IDNs) in the near future. IDNs are the domain names in the native languages.

What is the need of an NIR?
To facilitate the allocation of IP resources to large number of small and medium companies within the country. Also the services to be charged in local currency to avoid exchange losses. It will also facilitates local training and development and would be providing local language support to the entities in India.

Tell us about and IRINN policy for its Affiliates?
IRINN policy is in line with Global and APNIC policies. It has the feature of Transparency and bottom up process for any policy changes. IRINN Affiliates have freedom to choose the Registry(IRINN or APNIC). As we are in line with APNIC policy, maximum delegation size for IPv4 is restricted to /22 and minimum delegation size for IPv6 address is /32 for LIRs & /48 for Corporate affiliate. The main feature of the policy is to operate in a way that is consistent with regional and global resource management policies.

What is MyIRINN Portal? What are its key features?
IRINN affiliate has MyIRINN Portal, to manage their Internet resources with different tools as in MyAPNIC.
Affiliate can manage following by login to MyIRINN Portal:

What is the present status of IRINN?
IRINN is operational from December, 2012. Till the date 44 affiliates have been registered under IRINN.