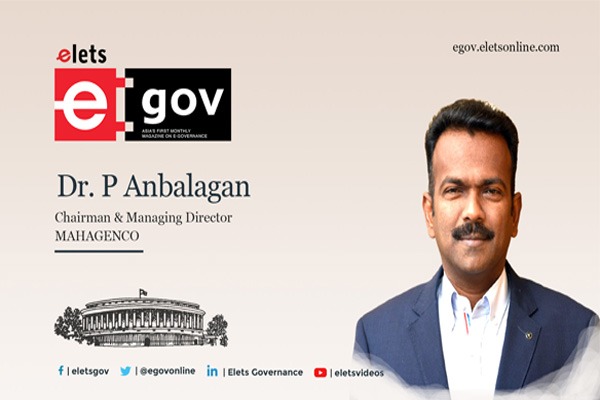 Power consumption is directly proportionate to the economic growth of any region. What is the current power scenario of Maharashtra? How is MAHAGENCO placed in keeping up with the increasing energy demand of a rapidly growing state like Maharashtra?

Being the largest state power generation company after NTPC, MAHAGENCO has a generation capacity of 13152 MW, comprising 9540 MW thermal, 2580 MW hydel, 672 MW gas turbine and 360 MW solar, which indicates our well-balanced generation portfolio. We have contributed a lot to the overall growth of our state for years. Any state gets its recognition with its aggregate growth towards industrial- commercial and agricultural development.

In this competitive age, MAHAGENCO has to be efficient further, not only for existence, but for excellence with a proven track record. We are already on this mission with the help of advanced technologies as well as through our experienced manpower.

I want to underline that out of peak power demand, MAHAGENCO’s power share must be at least 40% in any condition. Currently it’s in-between an average of 30-35% in general in the last 5-6 years. To mitigate this challenge, the need of time is to grow with more proper energy mix solutions.

I can firmly state here that to maintain the real growth rate of India, at least for the next 15-20 years, we need thermal power in huge quantum. The Coal Ministry is already exploring for additional coal with future plans to cater this demand.

Currently, solar power is comparatively much inadequate to cater our peak power demand. The ratio or proportion of MWs v/s MUs itself shows the real picture.
Further, reliability is a big concern for solar power and until there is an invention of a massive power storage system (which will, of course, be developed in the coming year), we have to amalgamate power generation with a major share of
thermal power.

Keeping this in mind, MAHAGENCO has always changed in accordance with latest technologies and challenges as well in alliance with time.

As in coming years, the percentage of thermal generation is going to be substituted by non-conventional. But until that, we cannot afford to lose our basic strength of thermal capacity. Accordingly, our 660 MW supercritical unit erection work is in full swing at Bhusawal, which will be operational by 2023.

With thermal generation of daily base load in the tune of say 6500-7000 MW, we are going to prepare ourselves to be capable of catering a total 10000 MW on daily basis anytime, as per state grid requirement.

Roughly 75 per cent of our energy portfolio is from thermal sources. Given the global obligations for developing green energy technologies, how do you plan to diversify your energy mix and contribute towards climate change mitigation? What are the measures taken by MAHAGENCO towards eco-socio friendly power generation?

After revision in environmental norms in early 2016, there are more & more stringent environmental targets for Power Gencos, but the high initial cost towards installing Flue Gas Desulphurization (FGD) Units is quite a matter of concern for every Power Genco. However, we have to move ahead with a large interest of protecting the environment too.

We are committed to eco-friendly power generation. The FGD system is meant for restricting chimney emissions (SOx, NOx). In this regard, MAHAGENCO has now decided to install FGD in phase manner amongst its thermal power stations and we will be vigilantly watching its end result to go ahead further in this regard. We feel proud to mention that MAHAGENCO’s Thermal units have already achieved the norms specified by MoEF & CC GoI. Average water consumption of MAHAGENCO TPS is 3.00 to 3.25 M3/MWh as against norms 3.5 M3/MWh for units commissioned up to 2017 and 3.25 M3/MWh for units commissioned after 2017.

MAHAGENCO has already exceeded 33% of total land area under tree plantation as per the norms set by state pollution control board/ regulator. Also, we have undertaken a plantation of bamboo sapling around the periphery of Ash bunds. 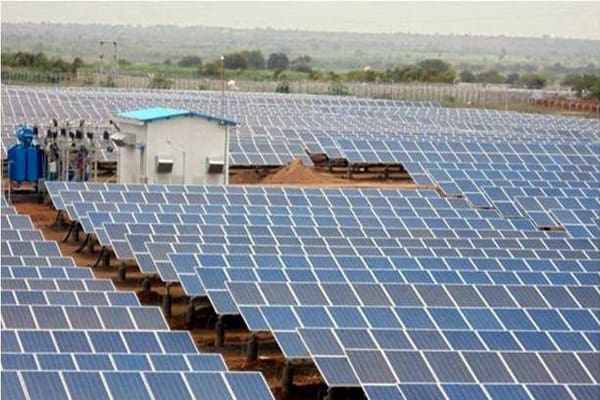 How do you envisage the role of technology for improving your organisation efficiency, employee productivity and overall performance? What is the level of technology adoption for ensuring seamless operations?

For continual knowledge upgradation, we run two dedicated well equipped training centres at Koradi & Nashik for up- gradation of techno-commercial skills of employees at various levels. Also, training sub-centers have been established at all major power stations.

MAHAGENCO ensures that all its thermal power plants should get sufficient & good quality coal at economical rates. Keeping this in view, MAHAGENCO has restructured its supply schedule with Coal India by proper coordination of coal supply from mines of Coal India to various thermal power states of MAHAGENCO.

With all our improvements and achievements, ultimately the financial benefit goes to end consumers. Most of our thermal units are running within Rs. 2.50 to Rs 3.50 variable cost per unit, which is quite a competitive and affordable range. Further,we have planned for more & more improvements in our performance to minimise our average power generation cost by about 10-20 paise per unit.

What are the future expansion plans of MAHAGENCO about Thermal, Hydel, Gas & Renewable Energy? Especially, what is the real progress on the ground regarding prestigious ‘Chief Minister Solar Agricultural Feeders’ in Maharashtra?

There are limitations for execution of new thermal plants in quantum, even though it is the most reliable energy source. After adding more than 6300 MW a few years ago, MAHAGENCO had to take a pause in its thermal project development with stricter environmental norms. However, as a replacement unit, we have a supercritical unit of 660 MW at Bhusawal. The project work is in advanced stage now, and by 2023, we expect actual power generation. In addition to Bhusawal, we are thinking of executing thermal projects at Koradi (2×660 MW) & Chandrapur (1×660 MW) at existing TPS land. However, if the situation permits, we have shortlisted few options about development of further new thermal projects. 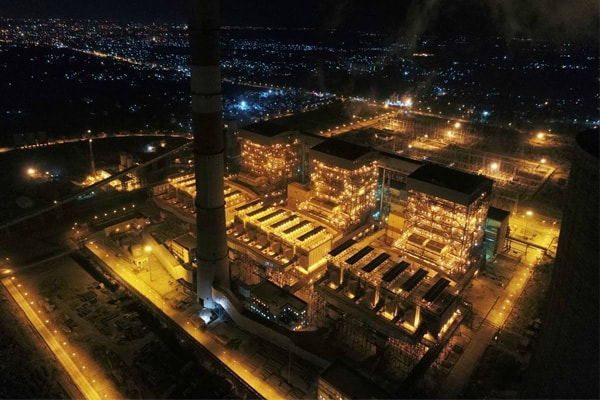 Now something about our solar story.

The Government of India has fixed RE generation targets of 175 GW until 2022 and making a RE contribution of 40 per cent of the total electricity generation by 2030. The Maharashtra Government has accordingly planned a target of 25 GW RE Projects and till date, total 9.5 GW RE Projects have been commissioned.

In fact, MAHAGENCO has not only planned, but also focussing on completion of solar projects through different models in a capacity addition of 2700 MW in next 5 years, which includes 588 MW through Chief Minister Agri scheme, 602 MW through EPC mode, Dondaicha solar park of 250 MW capacity and planned Ultra mega RE power park of 1250 MW in collaboration with NTPC.

Also, Floating Solar Project of 105 MW at Erai dam under MNRE’s Ultra Mega Power Park (UMREPP) Scheme. These non-conventional Energy Plans will help MAHAGENCO to compensate for its thermal generation loss, which is a need of time.

To provide electricity supply to the farmers of the state and as per their convenience during the daytime, the state Government has initiated its ambitious scheme namely “Chief Minister Solar Agriculture Feeder scheme” a few years back. But after lapse in the initial period, now there is accelerated momentum to this scene which will fulfil the needs of the agricultural field of our state. It’s a matter of pride that our state is the first state in India to initiate such a drive.

Considering Maharashtra’s geography and depletion of coal reserves of the country, apart from Solar, what renewable sources can pose as an alternative to thermal power for MAHAGENCO? What are MAHAGENCO’s other plans in your business diversification?

With a most balanced portfolio & diversification, we are now going for proper energy mix options. If the situation permits, we may tap the option of selling power out of state, only after fulfilling the power needs of Maharashtra as per PPA/ PSA. Floating solar plants, green wind & solar hybrids, green hydrogen & ammonia are a few examples regarding our future journey in line with our vision.

Actually, by formation/reconstruction of our subsidiary company for implementation of Renewable Energy (RE) Projects, we will be able to provide consultancy/energy services to other clients in the energy Sector by enhancing & applying expertise & experience in O&M, projects execution, regulatory capabilities, IT utilisation, sewage water utilisation, etc.

We are also tapping for a pilot project for utilisation of green hydrogen produced by RE power, initially with a small capacity at Bhusawal.The concept of Bundling of RE power with thermal power is being used to minimise utilisation of coal during day time and utilising it during peak load.

Biomass fuel option is being discussed now in the power sector. For business diversification, we have concepts like – RE Projects, power storage, competitive bidding, power trading, consultancy/ energy services to other clients in the energy Sector by enhancing & applying expertise & experience in O&M projects.

To meet coal demand in the state, MAHAGENCO is speeding up the process for development of our captive coal mine of Gare Palma Sector-II at Chhattisgarh. In addition to this, we may set up Joint Ventures for cement & other companies for Fly Ash Utilisation, Sewage Treatment Plants, Hydro Projects, Solar Projects.

Thus, it is now clear that, for achieving all these goals, we are flexible enough to have technological tie ups with decent expertized institutes like NTPC R&D, BHEL R&D, CPRI, IITs.

Can you elaborate about various constraints MAHAGENCO has for its sustainable growth? How are you mitigating the financial & other challenges?

As far as MAHAGENCO is concerned, we have several constraints which include lack of appropriate quality of coal, inadequate coal stock, fuel gas shortage, revenue losses etc,.

Constraints in managing thermal generation with stricter environmental norms are getting tedious day by day. Stringent emission norms for sulphur oxides (SOx) and nitrogen oxides (NOx) have led to a high capex requirement for the installation of flue gas desulphurization (FGD), selective catalytic reduction (SCR) and selective non catalytic reduction (SNCR), besides increasing the operational expenditure (Opex), which has further increased the cost of generation from TPPs.

In order to avoid any chaotic situation in the cyber world future, it is high time to frame our entire nationwide policy about imported machinery/components in our power sector for ensuring long-term supply of spares.

Despite Power Purchase Agreements (PPA), the principle of Merit Order Dispatch (MOD) has superseded our sector since the last 3-4 years, and we have moulded us accordingly by improvising our traditional approach.

Further, the receipts from distribution companies have been continuously in arrears during the last few years due to various issues & policies. Due to mounting arrears, the working capital borrowings of generations companies have increased significantly all over. This is a nationwide issue and needs to be addressed once for all.

In spite of this, I still want to assure that MAHAGENCO is capable enough to change itself in today’s era of technological changes & competition. We will certainly overcome all challenges while running the business cycle of power generation, with cumulative teamwork of our expert and most experienced manpower with us.