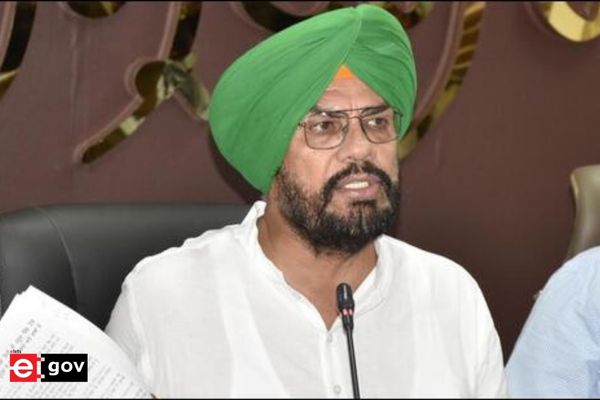 Agriculture Minister Kuldeep Singh Dhaliwal, said after the meeting, that to provide big relief to the farmers, a major decision to change the old system of providing subsidies on wheat seeds was taken during the meeting. The Agriculture Minister said that from now onward the benefit of the subsidy on wheat seed by the Punjab government will be given to the farmers on the spot at the time of purchase of seed by reducing the price.

He said that earlier in order to get the benefit of the subsidy on wheat seed, the farmers had to go through a long process as they had to register online after getting verification from the Lambardar/Sarpanch. The Agriculture Minister said that in order to relieve the farmers from unnecessary paperwork and the online system, the Bhagwant Maan government has provided this relief to the farmers.

On this occasion, Kuldeep Singh Dhaliwal issued directions to PUNSEED officials to liaise with the National Seed Corporation to purchase quality wheat seeds and provide them to the farmers. He also reprimanded the private seed sellers and said that the Punjab Government will not compromise on the quality of the wheat seed and only quality seed will be allowed to be sold in the market. He also said that if anyone tries to sell substandard seeds to the farmers, strict action will be taken by the government.

Smartphones can boost farmers’ revenues up to 50%: Vodafone