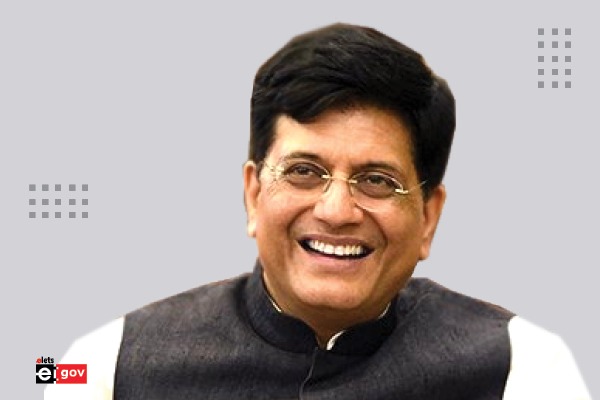 The Minister of Commerce and Industry, Consumer Affairs, Food and Public Distribution and Textiles, Piyush Goyal, on February 28, said that with concerted efforts and the best possible use of the PM GatiShakti National Master Plan, it was possible to lower our logistics cost to seven to eight per cent of GDP, one of the lowest in the world and increase India’s competitive edge in the global market.

He was addressing the concluding session of the “Webinar on PM GatiShakti: Creating Synergy for Accelerated Economic Growth”, organised by the Department for Promotion of Industry and Internal Trade (DPIIT) from New Delhi today. Over 850 participants drawn from centre and state government agencies, leading players from the private sector, academics and industry representatives came together to discuss and chart out the strategy for enhancing India’s logistics efficiency during the webinar.

Expressing his gratitude to Prime Minister Narendra Modi for addressing the inaugural session of the Webinar, Piyush Goyal said that the Webinar would lend ‘Gati’ (momentum) to the government’s ‘Prayas’ to demystify PM GatiShakti for all stakeholders and utilise the full power of it with ‘Sabka Prayas’. Referring to Prime Minister’s holistic vision for GatiShakti, he said that GatiShakti envisioned a ‘nation as whole approach’ to Infrastructure planning.

Goyal lamented that for decades India had been held back by lack of infrastructure development. Infrastructure that got created was built in bits and pieces and there was an utter lack of coordination between the Center, States and Local Bodies which resulted in uneven development with gaps, he added. He said that GatiShakti would help States and central bodies to plan utilities and infrastructure such as ports, electricity, water, internet connectivity, rail, road, common effluent treatment plants, packaging facilities and even skill development centres as per the needs of industrial clusters. He called upon all stakeholders to continually engage with GatiShakti and make the best possible use of its tremendous potential.

The Minister opined that fixing mistakes when it comes to infrastructure was very difficult and added that time delays often rendered the projects outdated and irrelevant. He said that the root cause of the problem was the huge difference between macro planning and micro implementation. Due to the silos approach in decision-making, the budget was wasted and instead of infrastructure acting as a force multiplier, we often ended up losing value, he said.

Goyal said that guided by PM’s mantra of ‘Work for Progress, Wealth for Progress, Plan for progress and Preference for progress’, GatiShakti aspired to increase synergy and coordination between Center and States at every level. PM GatiShakti envisions to accelerate the economy and the nation with 7 engines of progress viz. roads, railways, airports, ports, mass transport, waterways and logistics infrastructure, he added.

Goyal said that GatiShakti would help in building NextGen infrastructure to improve Ease of Living as well as Ease of Doing Business. This will kickstart the virtuous cycle of private and public investment and will have a multiplier effect, he added.

He appreciated the scientists of BISAG-N for their hard work in bringing GatiShakti to life and congratulated DPIIT for playing a pivotal role in keeping the Master Plan on track. It may be noted that The National Master Plan portal, developed by BISAG-N (Bhaskaracharya Institute for Space Applications & Geoinformatics) is a dynamic GIS platform. It is a Digital Master Planning tool with Project Management tools, dynamic dashboards, MIS reports etc. It provides a bird’s eye view of infrastructure development in India.

Observing that we must aim to increase infrastructure investment and enable supply-side infra financing both by public and private sector, the Minister said that there was a need for workable financial models for projects to prepare smarter concession agreements with the least scope of litigations and come up with the options for long term and cost-effective agreements to encourage private sector participation in infrastructure projects.

Goyal called for multi-stakeholder collaboration across academia, industry and government for data sharing and for upskilling the logistics sector. He also asked for better coordination between various agencies for faster clearances for Land, Environment, Forest etc.

Placing the Webinar in the context of the mythological story of ‘Saagar Manthan’, the Minister expressed confidence that the Webinar would ‘churn’ many new ideas which would then be translated into actions soon.

Alluding to the Azadi Ka Amrit Mahotsav celebrations, Piyush Goyal said that at this critical juncture in our history, we all need to collectively think of the ways we can improve further and keep asking ourselves the question- What can I do today for the nation that may benefit generations?

Goyal said that PM GatiShakti is a tool, which is used to the maximum possible extent, would make India a superpower in the ‘Amrit Kaal’. PM GatiShakti will showcase our true potential and show the world how a confident Aatmanirbhar Bharat is engaging with technology to create a better future for our citizens.

Earlier, Prime Minister Narendra Modi delivered the inaugural address and five sub-groups in breakout sessions that discussed various aspects related to the implementation of Gati Shakti. Anurag Jain, Secretary, DPIIT, Ministry of Commerce and Industry led the session on ‘Nation as a whole approach’ to introduce a new vision of integrated planning and synchronised time-bound implementation. The second session on ‘Cooperative Federalism and Enhanced Capital Investment for Infrastructure’ was led by Amrit Lal Meena, Special Secretary for Logistics at DPIIT, Ministry of Commerce and Industry. Secretary, Ministry of Road Transport & Highways (MoRTH), Giridhar Aramane led a separate session on ‘Enablers of Logistics Efficiency’ focusing on the national expressway master plan along with Sagarmala, Parvatmala as well as the PM GatiShakti multi-modal cargo terminals. Rajesh Aggarwal, Secretary, Ministry of Skill Development and Entrepreneurship (MSDE) was lead for the session on ‘Logistics workforce strategy- Enhancing skill and employment opportunities’. The final session was led by Amitabh Kant, CEO, NITI Aayog, was titled ‘ULIP-Revolutionizing Indian Logistics’.