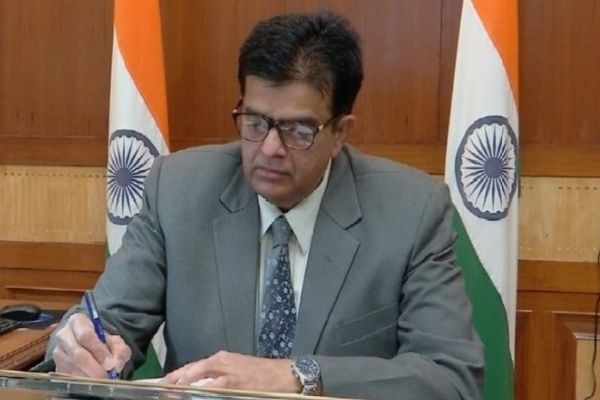 While speaking on the occasion, he said that it is a matter of great pride for him to be appointed as the Chief Secretary. He added that his priority is to provide more strength to the system in order to resolve the issues of the common man in a time-bound manner.

It is worth mentioning that Sanjeev Kaushal has left an indelible mark with his working style while holding important positions as Deputy Commissioner of Districts, Principal Secretary to Chief Minister and Financial Commissioner. A jovial and soft-spoken officer who is also known as a powerful generator and communicator of ideas. His art of working as a team with his fellow colleagues, subordinate and senior officers leaves everyone impressed.

Kaushal has a wonderful ability to give favourable results in adverse situations. The quality of managing big projects and the capability of his political and bureaucratic coordination for development in the country. It is due to his credentials, he has been offered such a high position in the administration.

Sanjeev Kaushal received various courses and training during his tenure so that Government work could be facilitated and the public could get the benefit from his services. Kaushal mentored budding and medium level IAS officers as resource faculty at Lal Bahadur Shastri National Academy of Administration. Not only this, but he has also led industrial delegations on behalf of the Government of India to Australia, UAE, China and Bahrain.

Kaushal gained vast professional experience during his tenure. He also served as Joint Secretary to the Government of India, two State Governments, two large Public Sector Undertakings (as Managing Director), the largest Municipal Corporation of Haryana (as the Chief Administrator of Faridabad Complex with the responsibilities of the Mayor & Commissioner both). He is known as an excellent officer for the services rendered by him as Assistant Collector (Training) in Madurai (Tamil Nadu) in 1987-88 and Sub-Collector in Coimbatore during the year 1988-90.

Sanjeev Kaushal served as Additional Deputy Commissioner, Faridabad in Haryana in the year 1990-91, Chief Administrator of Faridabad Council Administration in 1991-93 and as Managing Director of Haryana Warehousing Corporation in the year 1993-94. He served as the Deputy Commissioner and District Magistrate of Yamunanagar District from the year 1994-96. After this, he worked as Joint Secretary in the Department of Cooperation, Health and Medical Education, Wildlife Protection and Rules, Government of Haryana.

Kaushal discharged his responsibilities as Additional Principal Secretary to the then Chief Minister of the State and Director Information, Public Relations and Cultural Affairs Department from the year 1999 to 2001. He was the Director, Urban Development Department, Haryana Urban Infrastructure Development Board and Chief Administrator, Haryana Slum Clearance Board from the year 2001-03.