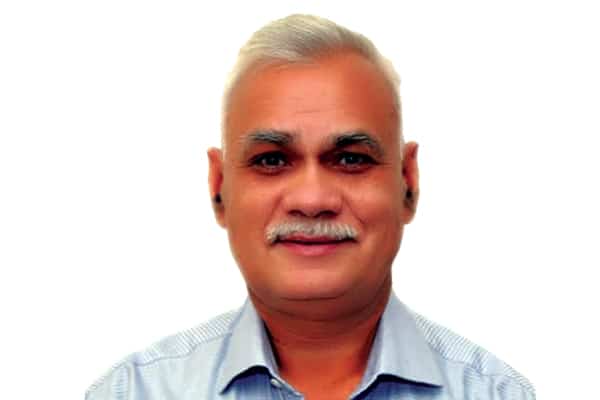 The cultural and natural heritage are an integral part of urban fabric. It is imperative to appropriately prioritize its conservation while implementing urbanisation plans. This is also explicitly addressed under SDG 11.4. Highlighting MoHUA’s approach to conservation of India’s heritage-cities, Durga Shanker Mishra, Secretary, Ministry of Housing and Urban Affairs (MoHUA) shares his thoughts in an exclusive interview with the National Institute of Urban Affairs (NIUA).

The Ministry recognised the fact that the past efforts of heritage conservation in the country were often carried out in isolation. The needs and aspirations of the local communities as well as the main urban development issues such as local economy, livelihoods, service delivery, and infrastructure provision in the areas were not considered. It was also acknowledged that heritage development of a city is not about development and conservation of a few monuments, but holistic development of the city including planning, quality of life, cleanliness, security is required for reinvigorating the city’s soul and explicit manifestation of its character. In my opinion, it’s high time that we stop addressing independent sector problems and come together on one table to look at our cities’ development collectively. Heritage conservation should not be treated as a ‘special task’ rather it should be as mainstream as sanitation, housing, livelihood, because it has cross-cutting implications.

With this in mind we conceptualised the scheme HRIDAY (Heritage City Development and Augmentation Yojana) to undertake strategic and planned development of heritage cities aiming at improvement in overall quality of life with specific focus on sanitation, security, tourism, heritage revitalization and livelihoods retaining the city’s cultural identity.The City Hriday Plans became a comprehensive document for the cities, which they can revisit every few years and plan for a sustainable future. This itself was an effort towards integrating heritage conservation with overall sustainable urban development as stipulated in SDG 11.4.

Q It has been more than six years since the Heritage City Development and Augmentation Yojana (HRIDAY) was launched by the Ministry of Housing and Urban Affairs. Could you elucidate on the achievements of the scheme and what kind of interventions by the Ministry do you think would help us in safeguarding cultural and natural heritage in future?

The Heritage City Development and Augmentation Yojana (HRIDAY) was launched by the Ministry in January 2015 and since its inception, the scheme had focussed on holistic development of the heritage sites for the selected cities. One of the achievements of this scheme was the preparation of the City Hriday Plans (CHPs) which mapped all the tangible and intangible heritage assets of the city and identified a shelf of projects for the city administration to implement. Some of these projects were prioritised and implemented during the tenure of the scheme but I am sure the rest will be taken up by the respective Urban Local Bodies within their yearly budget provisions. Another noteworthy feature of the scheme was the nomination of technical experts and professionals called the HRIDAY City Anchors. Most of them appointed had an extensive understanding of the city’s background and culture. This arrangement helped the National Mission Directorate at the Ministry to give appropriate attention to each of the 12 cities. Further, the City Anchors also acted as the facilitators between the City Mission Directorate and the CLAM-C (City Level Advisory and Monitoring Committee) which contributed to a comprehensive shelf of projects in the CHP.

Regarding the future interventions to safeguard the cultural and natural heritage, the Central and the State governments should work together to form policies that can help in conserving our cultural heritage. One of the ways which are not explored adequately for natural and cultural heritage conservation is the PPP model. This could be beneficial as the cities would be spared of the financial burden while getting a head start and they can later work out a financially and technically sustainable model. The Centre and the States can extend the required technical support through their own organisations such as the Archaeological Survey of India, the State Archaeology Departments and policy think tanks such as the National Institute of Urban Affairs and NITI Aayog.

Q The natural and cultural heritage assets play a crucial role in supporting local economies, livelihoods and quality of life in human settlements. At the same time, these are under threat and immense pressure due to the impacts of urbanisation, climate change, and human factors. In this regard, could you suggest how conservation professionals can harness heritage assets as a resource for inclusive and sustainable local and regional development?

Indeed, we are at significant crossroads, where the choices we make today to tackle urbanisation, climate change and other challenges would have a long-term impact on the cities and their residents. Global organisations that work for the cause of cultural heritage such as the United Nations Educational, Scientific and Cultural Organisation (UNESCO) and the International Council on Monuments and Sites (ICOMOS) have already laid the foundation and identified approaches and tools for cities and sites to follow. For instance, the ‘Historic Urban Landscape’ approach recommended by UNESCO integrates the goals of urban heritage conservation and those of social and economic development. It also encourages cities and authorities to combat the challenges of urbanisation, climate change, excess tourism and market exploitation by defining tools for knowledge and planning, civic engagement, financial and regulatory systems. I believe a few cities such as Quito in Ecuador and Ballarat in Australia have already shown encouraging outcomes. This ought to be our way forward for dealing with historic cities and heritage sites. As rightly put, the potential of heritage assets, be it natural or cultural, further tangible or intangible, should be harnessed for demonstrating inclusive development. This could be achieved in multiple ways, tourism being one of them, where we have several states such as Rajasthan, Maharashtra, Uttar Pradesh already paving the way through. Another way is to actually link the artisans and craftsmen to the market directly, which can encourage innovation, adaptation and this eventually shall enhance livelihoods.

Q Indicator for achieving SDG 11.4 accentuates the ‘total per capita expenditure on the preservation, protection and conservation of all cultural and natural heritage, by the source of funding (both public and private)’. Do you think integrating public and private funding for the conservation of cultural and natural heritage would help us in achieving this target? What, in your opinion, would be ways to do this?

Integrating public and private funding for the conservation of cultural and natural heritage would prove beneficial in achieving the targets of SDG 11.4. In my opinion, there would be two important avenues that can be explored for the same: one is harnessing the potential of science and technology for enhancing conservation efforts and the other is educating people about the cultural heritage and raising awareness among the citizenry.

As we have seen in other Government of India’s missions launched and operated by the Government of India, such as the Smart Cities Mission or AMRUT, technology has played a major role in overcoming a challenge or addressing issues that had been identified in the urban environments. Similarly, many countries and organisations have led the way in engaging innovative technology to sustain efforts in the conservation and preservation of cultural heritage. Along with Geographical Information Systems (GIS) and drone surveys that are used to map cities and larger areas, several projects have also demonstrated the use of LiDAR technology for a more accurate digital documentation of historic buildings and sites. These are certainly encouraging initiatives and hence, appropriate investment in innovation, science and technology seems key to strengthen our efforts.

Another component worthy of additional investment is education and awareness regarding cultural heritage and the value they hold. We see that not many people are aware of the heritage that exists around them or the value that it holds in the city, the region, in the country or globally. We need to develop easy-tounderstand knowledge imparting resources so that people themselves start to develop a sense of ownership towards cultural heritage and contribute to protecting and conserving it for future generations.

Q ‘Atmanirbhar Bharat’ programme has given incentives to boost the economy in terms of local manufacturing, markets and supply chains. To truly achieve the potential of a self-reliant India and of strengthening the local economy, it is essential that we look beyond the infrastructural interventions and give equal attention to economic strategies. From this perspective, what role does sustainable tourism play in boosting local economic development?

Tourism is a complex phenomenon for every city. While it contributes to the economy, several cities have started acknowledging the fact that the presentday tourism demands need to be catered to in a thoughtful manner. Research has shown grave consequences of mass tourism in sensitive areas. This is the reason why the term ‘sustainable tourism’ was coined that ‘includes concern for economic, social and environmental issues as well as attention to improving tourists’ experiences and addressing the needs of host communities who should also be considered as important as the visitors. As stated by the United Nations World Tourism Organisation (UNWTO), “achieving sustainable tourism is a continuous process and it requires constant monitoring of impacts, introducing the necessary preventive and/or corrective measures whenever necessary”.

Further, the Cape Town Declaration of 2002 alludes to sustainable tourism’ as something that, generates greater economic benefits for local people and enhances the well-being of host communities, improves working conditions and access to the industry, involves local people in decisions that affect their lives and life chances and is culturally sensitive, encourages respect between tourists and hosts and finally builds local pride and confidence. In my opinion, this is exactly where the role of urban authorities and experts come into play. Technical and financial aid offered by the Government can help the locals nurture market linkages while keeping their identity integral. With the world getting smaller and so many possibilities opening up with technology, local businesses can flourish sans the existence of an intermediary. With the right assistance, they can become financially more aware and selfsustainable.

While the Atmanirbhar Bharat programme has been launched to aid the country out of the economic crisis caused by the COVID-19 pandemic, I concur with the fact that if we focus on self-sustainability while protecting the identity of the place, we can boost the local economy, eventually contributing to the local economic development.

I think that the essence of ‘Atmanirbharta’ can be best understood in light of the tourism industry. Tourism is one of the sectors supporting the ‘economy’ pillar of the Atmanirbhar programme. But, after facing the challenges from the economic shutdown in the COVID pandemic, the tourism industry should now move towards a sustainable future. We need to focus on preparing comprehensive tourism recovery plans to rebuild destinations, encourage innovation and investment, and rethink the tourism sector. The tourism industry and local governments should strengthen their support mechanisms to the local businesses and the workers, particularly giving attention to the most vulnerable destinations in the recovery phase. These actions are essential but to reopen the tourism economy successfully and get businesses running, more needs to be done in a coordinated way as tourism services are very interdependent.