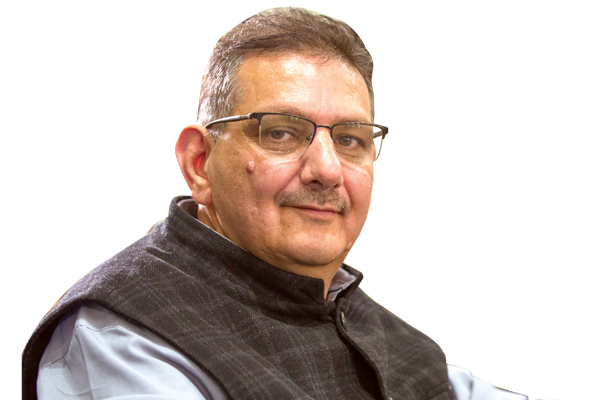 The adoption of the Sustainable Development Goals (SDGs) especially the goal of making cities safe, inclusive, resilient, and sustainable (SDG-11) firmly places urbanisation at the forefront of the national transformation agenda. This recognition goes beyond viewing urbanisation only as a demographic phenomenon, but rather as a transformative process capable of galvanizing momentum for the holistic development of the country, writes Hitesh Vaidya, Director, National Institute of Urban Affairs (NIUA).

SDG 11 consists of 10 sub-goals and 15 indicators to achieve a sustainable future for cities. Among SDG 11’s ten targets, target 11.1 specifically aims to ‘ensure access for all to adequate, safe and affordable housing and basic services and upgrade slums’, an objective closely aligned with the transformative paradigm of the Government of India. Housing, which is at the centre of the SDG 11, is one of the most important priorities in rapidly urbanizing countries. There is a growing urgency to provide safe and affordable housing with basic services, and to reduce poverty. According to the UN-Habitat 2016 survey, it is estimated that 880 million people around the world are residing in slums and only 13 per cent of the cities around the world have affordable housing. Affordability is not just meeting the expenses for housing but also making infrastructure and services, transport, and proximity to school or workplace, available to the residents. Safe and affordable housing in a city is critical for sustainable development.

Sustainable development which is defined as meeting the needs of the present, without compromising the ability of future generations to meet their own needs, seeks to maintain a balance between economic growth, protection of the environment and social well-being Indian cities are facing a scarcity of safe and affordable housing due to rising urbanisation, rural-urban migration, archaic land regulations for the construction of new housing units, and expanding urban peripheries are leading to housing shortages. Safe and affordable housing contributes to the sustainable development of cities by providing an economically viable, socially cohesive, and environmentally feasible shelter for all. It should include proximity to transit corridors to allow the use of public transport, incorporation of local architecture and local culture into housing design, and eco-friendly construction of houses. This should be supported by a strong regulatory enabling environment that minimizes the urban sprawl and improves the living conditions in the informal settlements. There is a need to encourage innovative financing models to make affordable housing possible. Improving the housing situation has always been a focus of the Government of India’s plans and policies. Investing in housing and construction makes clear economic sense. Increasing the final expenditure on the construction sector (which includes housing construction) by one unit, would generate additional income in the economy by almost five times as much. If we examine housing specifically, every additional rupee invested in the housing sector will add almost three rupees to the country’s GDP.

India has been actively engaged in addressing the twin challenges of housing and urban development. A number of initiatives have been taken in the last two decades by the Government of India to promote human settlements as inclusive entities to adequately address the requirements of all citizens. This includes initiatives for direct intervention for housing delivery to the most disadvantaged sections of the society in urban areas, facilitating improved credit availability for the weaker sections with appropriate in-built interest subsidy component, involvement of all the stakeholders in the housing delivery process, promoting skill upgradation for improving the income earning capability of the weaker section population, etc.

The first and seventh five-year plans focused on urban poverty alleviation programmes which explicitly recognized housing as a policy concern. The Jawaharlal Nehru National Urban Renewal Mission (JNNURM) from 2005-2014 was another intervention attempting to improve the housing situation in India by focusing on improved infrastructural facilities and housing conditions for the urban poor. 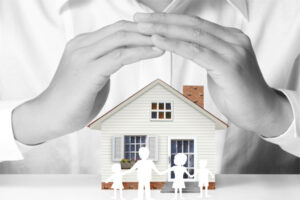 The national scheme Pradhan Mantri Awas Yojana (PMAY-Urban) launched in 2015 has been one of the most significant interventions towards improving the affordable housing situation in the country. The scheme has been formulated to overcome the housing shortages in Indian cities and towns. The PMAY has brought a paradigm shift in the housing policy and practice in India. It focuses on the Public-Private Partnership (PPP) approach in financing the construction and development of housing, envisages a better quality of life for the urban poor, with a strong focus on providing ownership of houses to the women, and providing adequate physical and social infrastructure.

Broadly, the PMAY scheme covers the three main aspects of sustainable development. The scheme is divided into four components: in-situ slum redevelopment; credit-linked subsidy scheme; affordable housing in partnership with the public or private sector; and beneficiary-led individual house construction. The four components of the scheme offer greater flexibility to the states in addressing the housing needs of the urban population. The scheme also focuses on housing construction and technologies, which aims to identify and mainstream the innovative construction technologies from across the globe for the housing construction sector that is sustainable, eco-friendly, and disaster-resilient. The provision of subsidies to the EWS/LIG/MIG beneficiaries for purchase, construction and enhancement of houses, an unprecedented initiative of the scheme, makes PMAY both economically viable and socially inclusive for the housing sector.

India’s approach to achieving SDG 11.1 is led by Pradhan Mantri Awas Yojana. Considerable progress has been made in providing the requisite resources for affordable housing, such as through the PMAY and recently launched Affordable Rental Housing Complexes (ARHCs). In addition, advancements in sustainable and integrated building construction are also evidenced in the development of the “Approaches to Sustainability” chapter in the National Building Code. Plus, the steady pace at which many states have adopted the Energy Conservation Building Code (ECBC) primarily for commercial building codes points to progress. However, there is limited evidence of systemic efforts to merge considerations of affordability and environmental sustainability in the housing sector. The NITI Aayog has identified two indicators to measure the outcome of SDG 11.1 in India. These are: houses completed under PMAY as a percentage of net demand assessment for houses; and percentage of urban households living in slums.

However, there are several challenges that come in the way of providing safe and affordable housing. The institutional and technical capacities of the urban local body officials are weak to absorb the innovative approaches in housing construction and technologies. The preparation and implementation of housing development plans face financial constraints due to weak financing instruments and a lack of revenue-raising capacities of the urban local bodies. The progress of PMAY cannot be achieved only by building houses but there is a need to envision innovative approaches and alternatives that can meet the demand for housing with a higher quality of life for all.

Policymakers have created robust mechanisms such as 3Cs (Convergence, Communication, and Community Engagement) to provide and accelerate backwards and forward linkages as growth in the housing sector would significantly stimulate other sectors as well.

NIUA is committed to supporting states and cities through extensive research and policy advisories, data solutions, technology, and capacity building to align with the SDGs and initiate a renewed discourse for future directions on improving the housing sector in India.