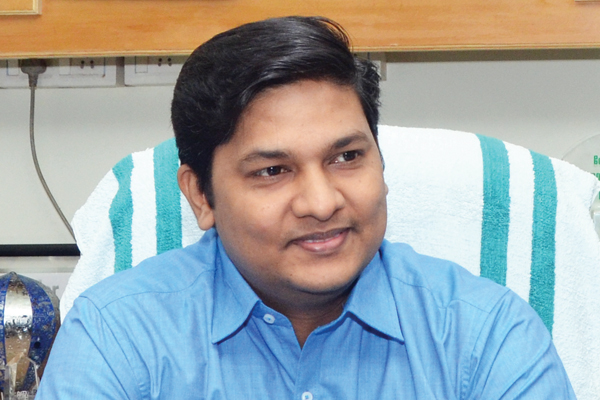 Kerala Tourism has been following a robust development plan in order to position Kerala as the most sought-after destination globally, says P Bala Kiran, Director, Department of Tourism, Government of Kerala, in conversation with Arpit Gupta of Elets News Network (ENN).

How is the tourism growth so far as compare to last year?

Moreover, state’s international markets including the UK, France and Germany which ave shown considerable growth. the UK, USA, Saudi Arabia, France and Germany were the top five international markets for foreign tourist arrivals in 2016. Additionally, Kerala has witnessed a 100 per cent growth from domestic markets, including Gujarat, Uttar Pradesh, Madhya Pradesh, Delhi, Rajasthan and West Bengal, over a period of five years.

How is Kerala promoting itself in international markets?

Owing to the considerable growth in terms of foreign tourist footfall, Kerala Tourism has planned several trade meets and B2B meets across high potential international markets like the UK, France, Spain, Germany, Russia, West Asia, China, Japan, North America and Australia. As part of the ambitious promotional campaign for ongoing financial year 2017-18, Kerala Tourism has planned 24 road-shows and 12 trade fairs with an estimated cost of around Rs 11.5 crore. The Department has chosen the international markets for the trade events post analysing the tourist arrivals over the last five years. With the aim to promote State tourism in new source markets, a detailed marketing plan is being implemented in Oman, Saudi Arabia, UAE, Malaysia and Singapore. After inking an agreement with M/s Silk Air targeting South-East Asia markets, the Department is now eyeing a similar tie-up with M/s Jet Airways & Etihad Airways in order to gain a good foothold in the West Asia market.

The Tourism Department of Kerala aims to increase international tourist arrival by 13 per cent every year. Furthermore, the sole objective is to double the foreign tourist arrivals by 2021.

What are the major initiatives the Kerala Government is taking to promote the state as a preferred tourist destination?

Kerala Tourism has been following a robust development plan in order to position Kerala as the most sought-after tourist destination globally. The Tourism Department has planned to promote adventure tourism as it has huge potential and can substantially contribute to the overall growth of the tourism sector. With the aim to drive growth of adventure tourism, Kerala Tourism has been emphasising on developing action and water-based activities to attract adventure enthusiasts to the state.

The Department has been keen on promoting homestays and rural tourism. Owing to the changing preference of the travellers for real travelling experiences through experiencing village life, the demand for homestays has increased. The Kerala Homestay and Tourism Society has been promoting rural tourism and responsible tourism in Kerala in the last nine years.

How much investment the Government is planning to make for these initiatives?

Kerala Tourism has been extensively focusing on promoting Northern Kerala, which has immense untapped tourism potential. With the aim to increase the geographical spread of tourist arrivals to the state, it plans to promote the Malabar region aggressively through a Rs 325 crore project, which includes unexplored destinations such as Kozhikode, Wayanand, Bekal and Kannur.

Aiming to promote river-cruise tourism, the Government of Kerala has envisioned a Rs 300-crore project for nine rivers in Kannur and Kasaragod. In addition, the State Government is planning to develop quite a few adventure parks for adventure enthusiasts. The government has allocated Rs 45 crore for Prasadam project, Central scheme and Rs 120 crore for Green Carpet scheme for Alappuzha, Enranjil, Neyyar and Thenmala.

What plans Kerala Tourism has to position the state as an adventure tourism hub?

Kerala, which called the God’s own country, is blessed with a wide range of natural and scenic beauty, which support diversified adventure activities such as trekking, surfing, wildlife safaris, paragliding and aquatic sports. Kerala offers the thrilling experience of adventure activities to the domestic as well as foreign tourists.

Which are the main source markets internationally for Kerala and what steps are you taking in this segment?