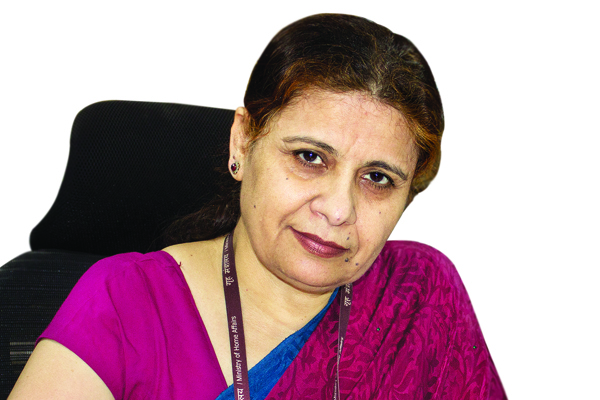 The ‘Cloud First Policy’ of the government has initiated a fundamental shift in the way government uses IT to manage services and achieve its objectives. This has helped in achieving a high order of consolidation of resources and overall cost savings for the government, says Neeta Verma, Director General, National Informatics Centre, in conversation with Gopi Krishna Arora of Elets News Network (ENN).

What has been the role of National Informatics Centre (NIC) in setting up a robust ICT infrastructure in India?

“Initiatives like DigitalLocker, Scholarships, MyGov, eHospital and even GeM (Government eMarketplace) are powered through NIC National Cloud. NIC is expanding Cloud services to its other Data Centres operating at National and State levels.”

Presently, NIC is operating email and SMS services for the entire government network with over 15 lakh email ids and a monthly traffic of over 44 crores. More than 1,200 e-governance applications are integrated with the NIC SMS platform to extend the reach of government services.

We have set up national data centres across India as well as mini data centres in States to help the government deliver services in a secure, scalable fashion on 24×7 basis. Video conferencing (VC) services of NIC are used by the government with an average of 25,000 multisite studio conferences and over five lakh site hours of VC sessions being held annually.

What is the present status of National Cloud Meghraj initiative?

How important is National Cloud as the core of this initiative? The Meghraj initiative of the government envisaged using Cloud to accelerate delivery of e-services in the country while optimising ICT spending. The first National Cloud was set up by the National Informatics Centre in 2014. The ‘Digital India’ programme came soon after with a vision to transform India into a digitally empowered society and knowledge economy. The ‘Cloud First Policy’ of the government has initiated a fundamental shift in the way government uses IT to manage services and achieve its objectives. This has helped achieve a high order of consolidation of resources and overall cost saving for the government.

NIC has realised the potential of using the platform approach for defining and developing common software or structures which could be customised and rolled out. Using the platform approach, NIC National Cloud has become an effective means of provisioning services by the government. Software as a Service (SaaS) offerings can easily be defined over National Cloud and used for faster provisioning, agility and scaling of services.

We talk about ICT Infrastructure for the government to facilitate e Governance across the Central Government, State Governments, and districts and subdistricts. How much progress has NIC achieved so far?

NIC through its core ICT infrastructure and application teams at central, State and district level has been developing and facilitating a variety of major ICT programmes and projects of the government reaching till the grassroots level, especially those under the Digital India initiative.

The Cloud enables provisioning of ICT Infrastructure in an optimal manner. Cloud services also offer departments the ability to implement projects quickly since they do not have to go into procurement and commissioning of infrastructure. It is evident from the fact that during the launch of the Digital India programme, various initiatives went live in a span of short time.

What is your strategy for the expansion of cloud services?

The National Cloud was launched in 2014. This was the first National Cloud setup under ‘Meghraj’. We have got overwhelming response for availing cloud services. In just one year, we had over 600 government users and projects already running through this cloud. Today, almost all the Digital India initiatives are powered through this cloud. Around 11,000 virtual servers have been allocated to various Central and State government departments. Initiatives like DigitalLocker, Scholarships, MyGov, eHospital and even GeM (Government eMarketplace) are powered through NIC National Cloud. NIC is expanding Cloud services to its other Data Centres operating at National and State level.

What has been the response from the State Governments to National Cloud? What are the challenges involved in dealing with the States?

The States have shown a lot of interest in using National Cloud Services. A number of States have launched important initiatives such as eVidhaan, Treasury, Transport, Police modernisation etc. To encourage use of cloud computing, an initiative to set up mini cloud nodes in NIC State Data Centres has now been undertaken. These cloud nodes will be used for hosting State government applications as well as help districts in launching their respective initiatives. This will eliminate the need for setting up servers in district centres where maintenance and upkeep is costly and challenging. Cloud would provide a variety of hosting environments on demand and enable delivery of citizen services specific to their districts leading to a lot of innovations.

What are some of the high impact projects that are being initiated by NIC in recent times?

eProcurement (GePNIC) caters to the procurement requirement of over 350 government departments and organisations. So far 23.18 lakh tenders worth Rs 31.86 lakh crores have been processed using the platform.

MyGov brings the government closer to the common man using an online platform for exchange of ideas and views, involving the common citizen and experts with the ultimate goal to contribute to the social and economic development of India. Over 44 lakh registered users have contributed towards it and continue to engage with the government on different issues of national importance.