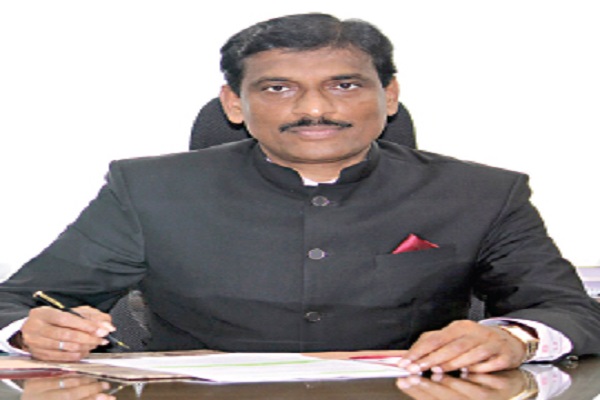 What key focus areas are to be considered for making Thane a smart city?

A smart city is one which ensures good quality of life for its citizens. Though this definition may sound simple, it entails a bouquet of core infrastructure requirements such as adequate and assured water supply, assured electricity supply, sanitation, solid waste management, improved mobility and public transport, affordable housing, robust IT connectivity and digitisation, sustainable environment, e-governance and citizens participation, safety, health and education, which need to be met. Basically, a smart city is one which is able to leverage its existing civic infrastructure by applying ICT-based solutions to maximise public impact.

The vision for smart Thane is a city where the waterfront and lakes are interwoven into the tapestry of everyday life of citizens providing them with a distinct urban experience that is world apart from others. It shall be a city where the mind is free, comfort and safety are assured, drawing a wave of creative employment opportunities where anyone irrespective of their age, ability, gender or income are able to access all that the city has to offer.

How significant is citizen engagement to make a city smarter?

What are the major challenges on this front? Citizen engagement plays a crucial role in making a city smart. While conceptualising projects, it is extremely important to take citizens’ views and suggestions into consideration. By carrying out various means of citizen engagement, the city government is able to gauge the pulse of what its citizens need. Further, a major benefit of citizen engagement is that local bodies take its citizens into confidence before executing projects are less likely to encounter public resistance for the same while implementing those projects.

“Thane Municipal Corporation recognises the role that simple technological innovations can play in leveraging the benefits of existing infrastructure without draining the urban local bodies budget.”

This is precisely what was done while preparing the smart city proposal for Thane where extensive citizen consultation in the form of public surveys (6 lakh survey forms were distributed out of which 4.5 lakh forms were collected and analysed) and intensive theme based focused group discussions were conducted in order to finalise the area for development and prioritise the pan city solutions. The result of this public engagement was the selection of the station area/city centre area for area based development and, water supply and safety and security emerging as the priority areas for pan city solutions.

That said, the biggest challenge of citizen engagement is recognising the fact that citizens’ groups are extremely diverse and often have divergent and sometimes even conflicting demands. There are resident welfare associations, women’s groups, builders and developers, academicians, architects and planners, small and medium enterprises, environmental groups, NGOs, etc. Given this reality, the real test is how city governments balance these often conflicting demands.

How do you see technology as an enabler for a successful smart city project?

The Smart City Mission guidelines stress on trying to do more with less. In this light, Thane Municipal Corporation (TMC) recognises the role that simple technological innovations can play in leveraging the benefits of existing infrastructure without draining the urban local bodies budget. For instance, today in most cities of India, citizens have to come to the corporation in order to apply for various services, or to make utility payments or to lodge service related complaints, etc. With a view to encourage e-governance and reduce the need for the citizen to come to the corporation, TMC has invested in an IT solution commonly known as Enterprise Resource Planning (ERP). Through the implementation of this project, various services such as registration of birth and death, marriage registration, property tax payment, water bill payment, application for a new water supply connection, grievance redressal, etc have been made available online.

Similarly, TMC is nearing completion of its ITMS project i.e. Intelligent Transport Management System (ITMS) whereby all TMT buses have been fitted with GPS devices to enable real time tracking of the location of the buses. This information is synced with a mobile application called ‘Where is My Bus?’, which provides commuters with real time information on where the desired bus is located and its estimated time of arrival (ETA) at the bus stop. All bus stops will also be covered with LED information displays that will provide the status and ETA of buses arriving at that stop.

Will you also update us on the challenges that can affect the execution process? How will Thane Smart City Limited (TSCL) address these challenges?

There are several challenges and risks that TSCL may encounter while executing the smart city projects. Certain projects require a high level of coordination with other government authorities like the central Railways, Ministry of Road Transport and Highways and Ministry of Environment and Forests for either clearances, funding assistance or policy decisions.

What steps have been taken to make Thane an environment friendly city and what are your plans in the area of solid waste management?

TMC is undertaking several works to ensure that the city has a sustainable environment. As far as the 32 km creek line is concerned, a city-wide sewerage project is nearing completion that will ensure that no sewerage generated in the city goes untreated into the creek. Further, TMC has proposed waterfront development along its creek line in a phase wise manner. An integral part of this project will be the installation of bar screens at all the nalla outfalls into the creek to prevent solid waste from polluting the creek. TMC is also blessed with over 36 lakes and is making every effort to ensure the conservation of these lakes by carrying out water quality improvement measures such as bioremediation.

As far as vehicular pollution is concerned, TMC has undertaken several projects to improve the ambient air quality and promote the use of public transport – right from augmenting its fleet of TMT buses, introducing Integrated Transportation Management System (ITMS) to install dust control machines at Thane station.

TMC has taken several strides to improve the situation of solid waste management in the city. The Corporation has adopted a two pronged approach towards municipal waste management i.e. both centralised and decentralised. TMC has entered into a contract to set up a waste to energy plant of 600 MT capacity on a PPP basis in order to process the entire city’s waste.